A war monument that honours the 130 Canadian soldiers killed in Afghanistan is located at the Royal Canadian Legion Branch Number 4 building in downtown Fredericton. 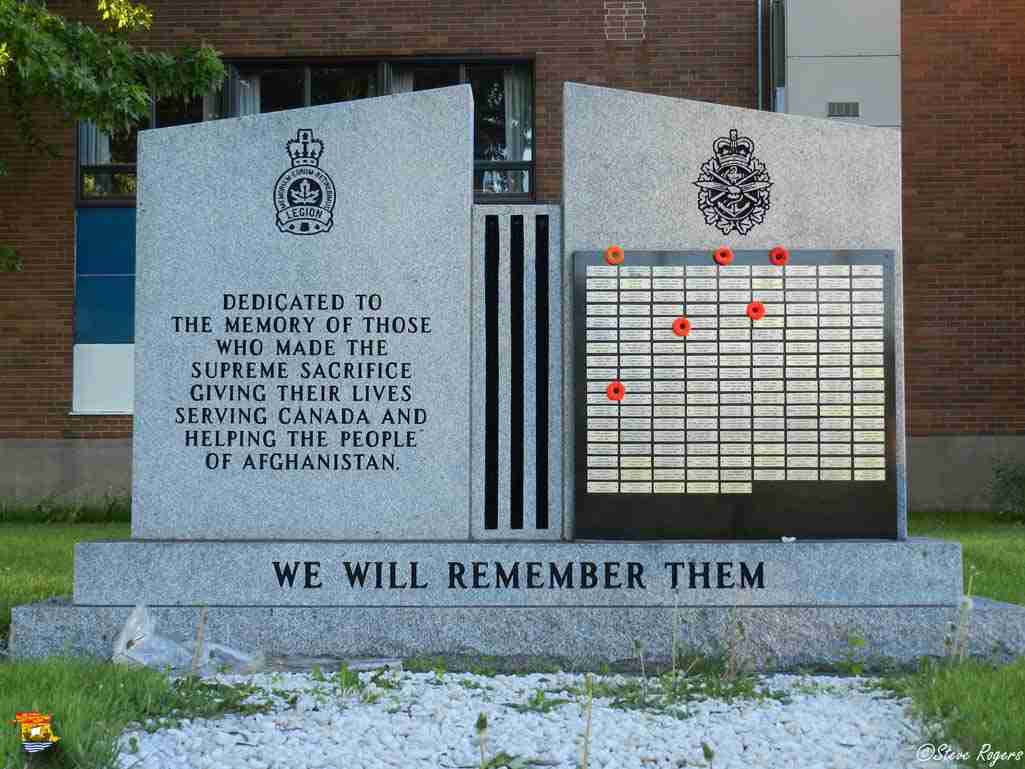 Among those honoured by the memorial is Pte. David Greenslade of Saint John. Greenslade, a member of the 2nd Battalion, Royal Canadian Regiment, was killed when the light armoured vehicle he was in hit a roadside bomb outside Kandahar. He was 20 years old.