A unique, travelling memorial to members of the Canadian Armed Forces who lost their lives in Afghanistan was at the Centennial Building in Fredericton. 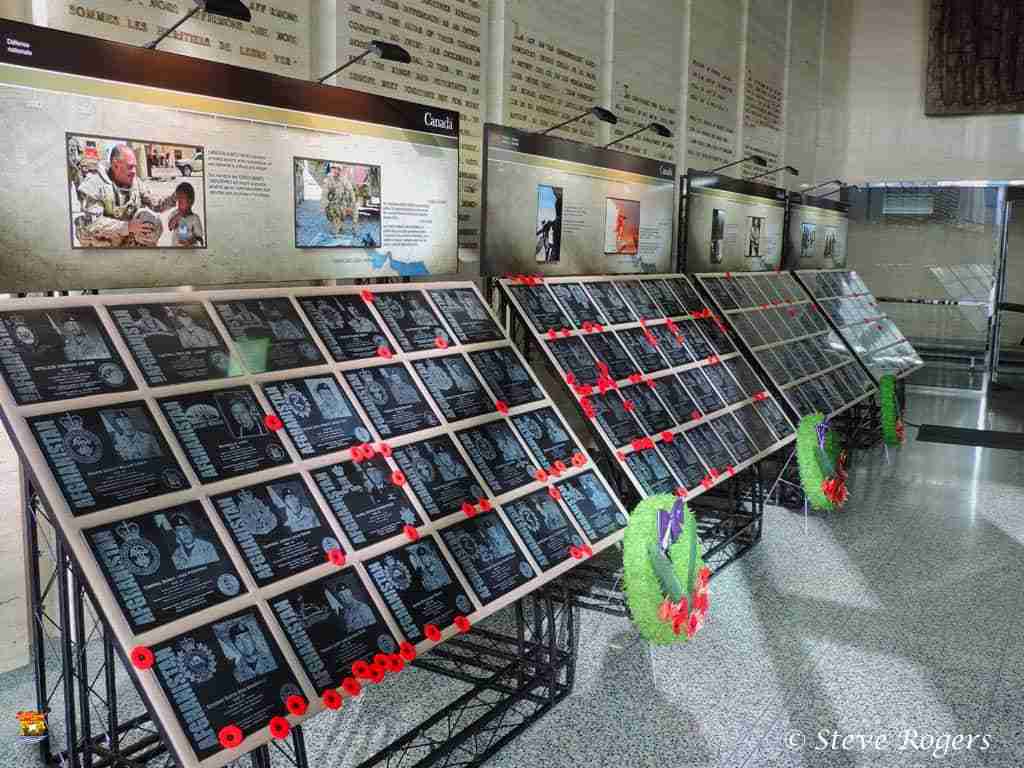 The Memorial Vigil was crafted from recovered memorial plaques that were part of the cenotaph at the Kandahar Air Field, the coalition base during the war in Afghanistan. The display focuses on fallen Canadians, including the 158 soldiers, a Canadian diplomat, a contractor, a journalist as well as 40 U.S. Armed Forces personnel attached to the Canadian Forces. 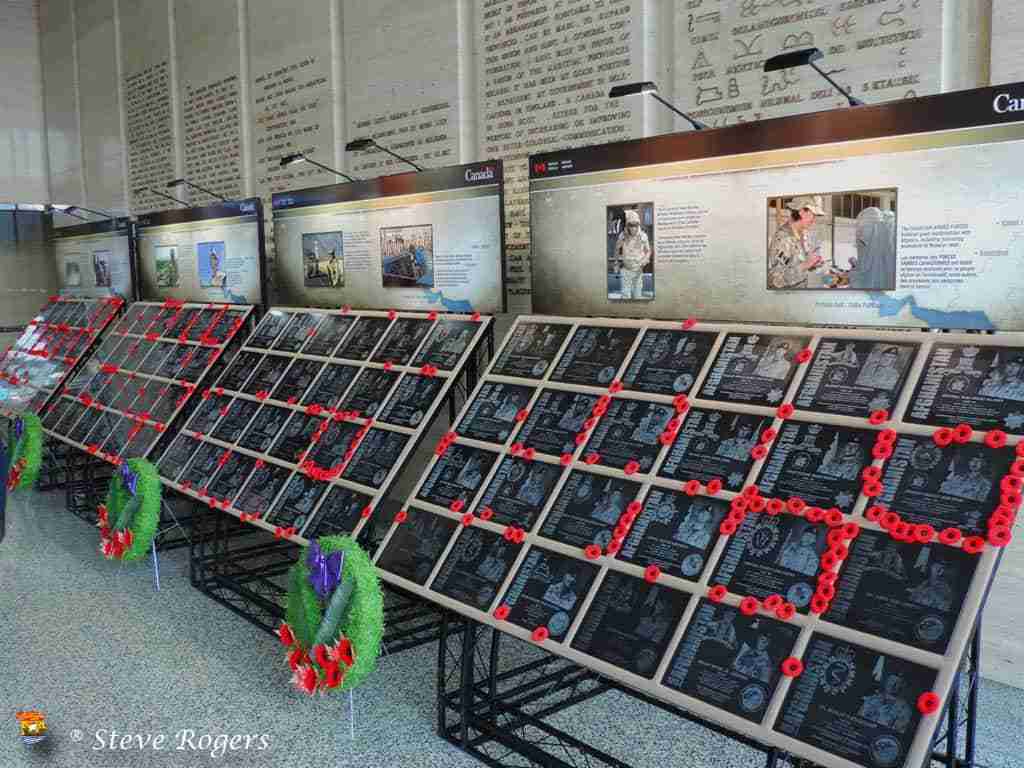 The original cenotaph was a memorial structure for Canadian soldiers to commemorate their fallen comrades while deployed in Afghanistan. The rest of the cenotaph is housed in a warehouse in Ottawa. 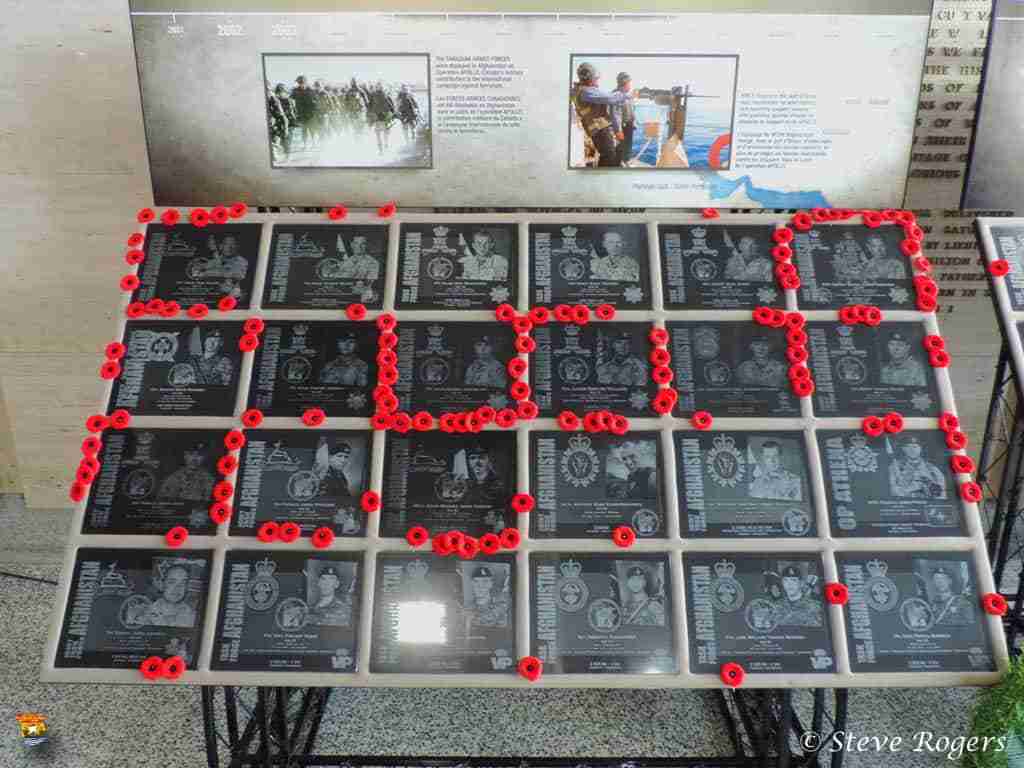 More than 39,000 Canadian Armed Forces members have served in Afghanistan or in support of the mission from other locations around the world during the past 12 years. 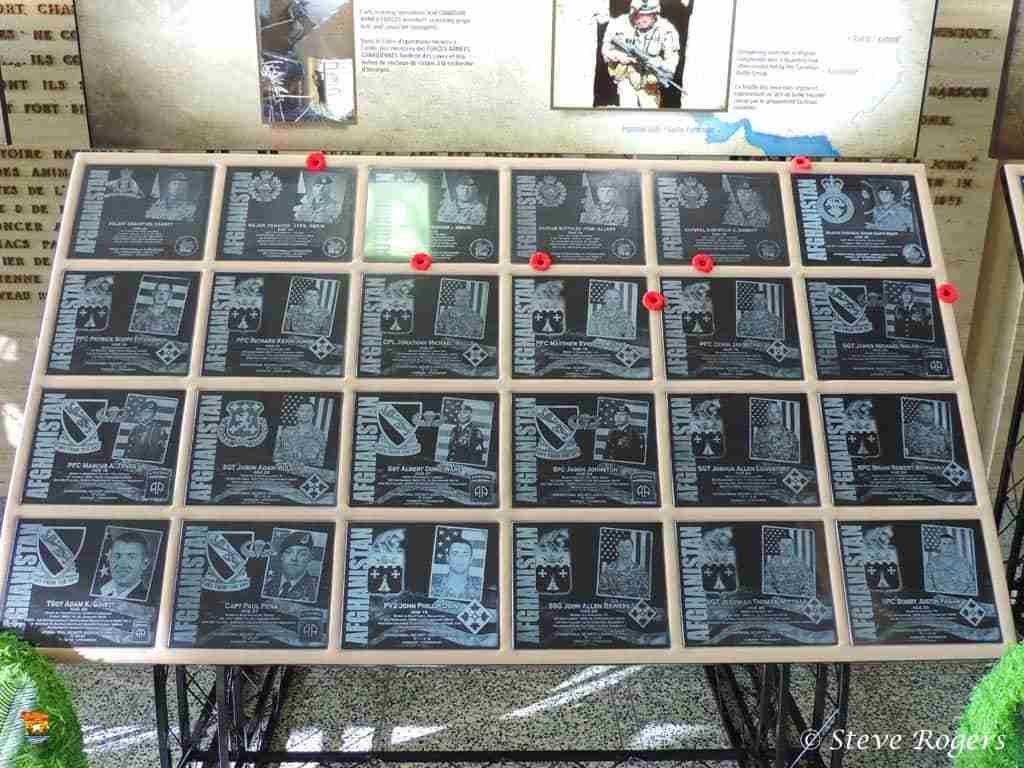 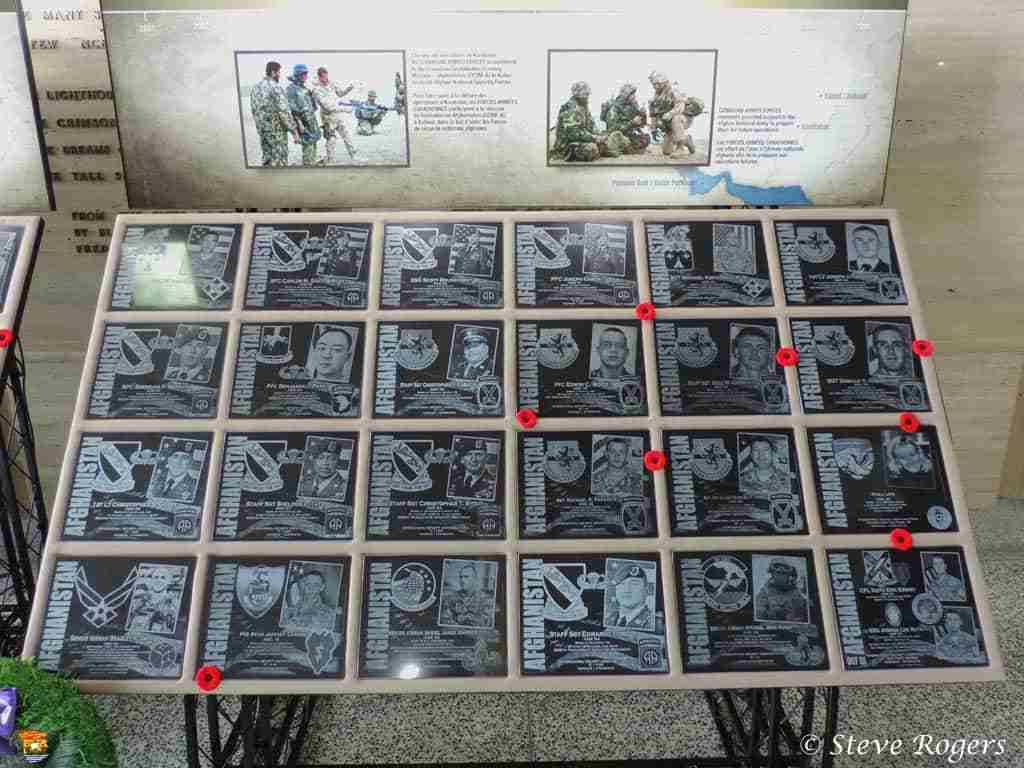 The display was travelling across Canada and the United States.

The final destination of the Afghanistan Memorial, Ottawa at the National Defence Headquarters.