It was July of 1930, and the 5-ring Al. G. Barnes Circus was touring eastern Canada. They had finished their Newcastle performance and had loaded the gear back onto the circus train. That was early in the morning of Sunday, July 20th, and their next performance was to be in Charlottetown. After Charlottetown, they were to stop in Moncton and then continue with stops in Nova Scotia.

It was 4:25 AM before the train pulled out. There was a locomotive and tender followed by ten cars for the animals. These were followed by eleven flat cars and gondolas and eight passenger cars. Finally there was the caboose. Newspaper reports indicated that there were over 700 people on the train. This seems unlikely, but the number was certainly large.

The departure from Newcastle had been delayed, and the circus employees tried to get some sleep. It had been a warm day and the passenger cars were sweltering, so several of the crew decided to sleep on the flat cars and gondolas.

The Al. G. Barnes Circus train was passing through Canaan Station about fourteen miles northwest of Moncton when it derailed at 6:55 AM. 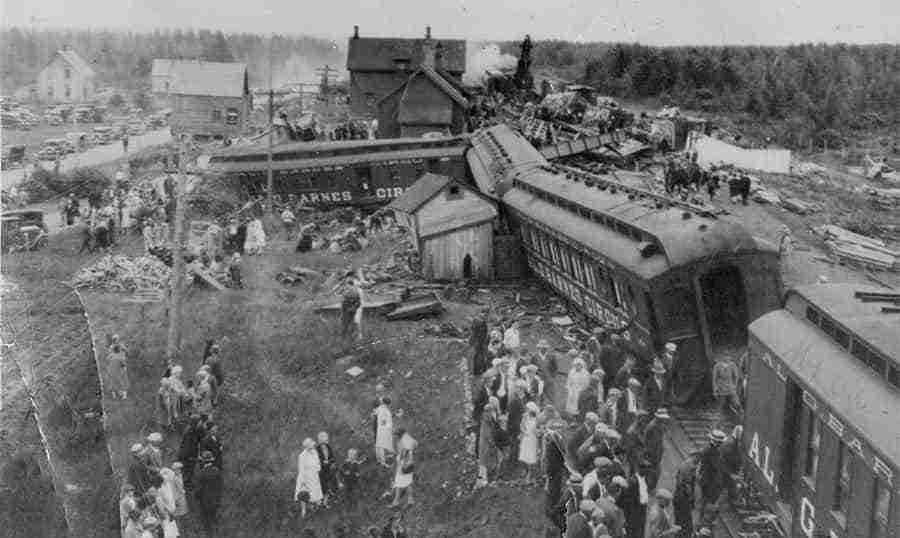 It was indicated in early newspaper reports that the train had hit a broken rail at 30 m.p.h., but later they said that there had been a broken arch-bar on one of the cars. Railway cars no longer have arch bars, which was a steel frame holding the four-wheel assemblies together at each end of the car. It was the eighteenth car, one of the flats or gondolas, which first left the track. Three passenger cars at the rear end of the train and the animal cars at the head end also derailed, but many of the others were sent off the track. Some of these remained upright, but a good number of others were totally destroyed. 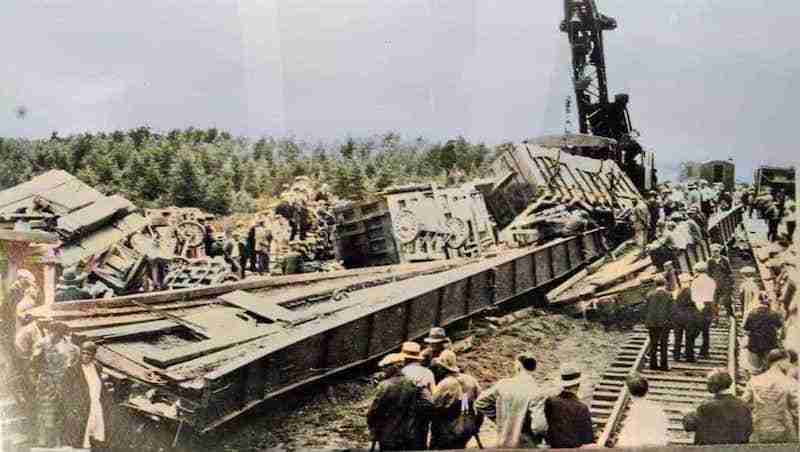 A relief train was sent out from Moncton and many citizens also attended the scene. The injured were taken to the hospital and the dead were removed from the wreckage. Four or five people had died and another seventeen or eighteen were injured. Those who had been sleeping on the open cars had been in special jeopardy.

The list of dead was reported differently in the newspapers. One reported the dead to be Los Angeles prop men Albert Johnson and Frank Finnegan, a waiter named James McFarland believed to be from Toronto, James A. Stephenson of Fredericton, and an unidentified hobo; five in total. Another mentioned Johnson, Finnegan and McFarland (believed to be from Montreal) as circus employees, plus a James Arthur Stephens possibly of Fredericton; four only. Stephens or Stephenson may therefore have been the hobo, and it seems that the count of four dead is correct.

The families of Albert Johnston and James McFarland could not be located, and they were buried in the Elmwood Cemetery in Moncton on July 24, 1930, Rev. S.J. MacArthur officiating. There was a large funeral procession from the Tuttle Brothers Funeral Chapel with the mayor and other dignitaries in attendance. 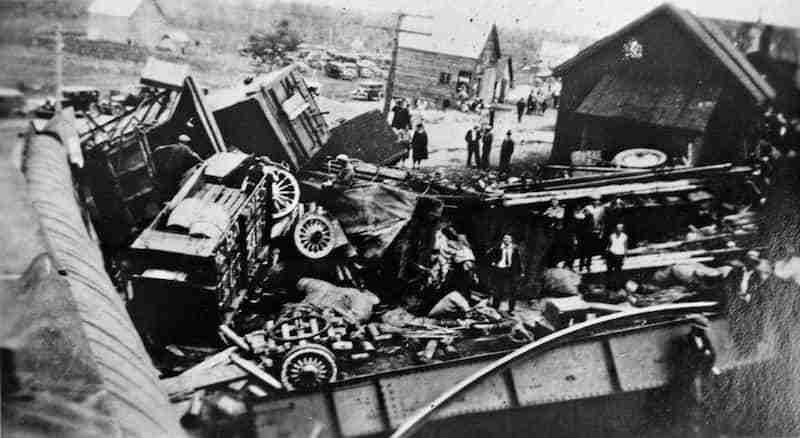 The damaged circus equipment was taken to the Fair Grounds in Moncton for sorting and repairs, where possible. The Charlottetown show was cancelled, but a show was put on in Moncton and the Al. G. Barnes Circus then proceeded to Nova Scotia.