Allan Fraser was born in St. Stephen in 1948 and is a folk musician and songwriter. During the late 1960s and early 1970s, he was part of Fraser & DeBolt (along with Daisy DeBolt), and released two albums with Columbia Records. 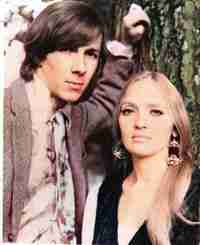 Allan Fraser and Daisy DeBolt met at a workshop at the 1968 Mariposa Folk Festival. Their first words to each other were “I like your voice.” As DeBolt puts it, Fraser “knocked on the door and that was it, he never left.”[citation needed] Not long after, their budding musical romance found them hitchhiking every day from Toronto to Hamilton, Ontario to work on material. By the summer of 1969, Fraser & DeBolt was officially formed as a duo.

In 1970 they travelled to the United States on a coffee house circuit tour. During the second week of February, while in upper New York State, they received a message from Ravi Shankar’s manager, Jay K. Hoffman. Hoffman signed them to a management contract, and arranged for Fraser & DeBolt to audition for a recording contract. On April 5, 1970, they opened for Tom Paxton at Fillmore East in New York City. The showcase led to two offers, and the duo were signed to Columbia Records.

Work began in Toronto on their debut album. They were accompanied by the violinist Ian Guenther with production by Craig Allen, who was also the art director for the album cover. On its release in January, 1971, one critic, John Gabree of the magazine High Fidelity, writing in the album’s liner notes, states that it had “moments when the only possible responses are to laugh aloud or to cry, and there are very few aesthetic experiences that genuinely produce those effects.” Reviews appeared in The New York Times, the Los Angeles Free Press and other publications. 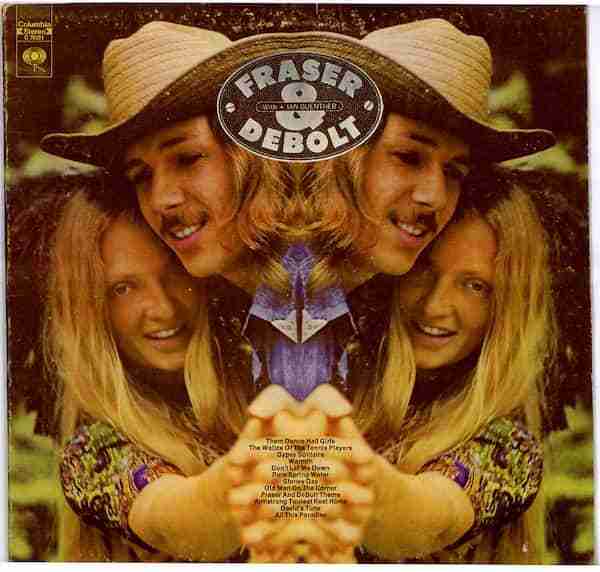 Recording commenced in late 1971 for the follow-up album, With Pleasure, which featured musicians from the Canadian band, Simon Caine. The duo continued to tour and perform across Canada and the United States and, in 1974, they represented North America at the International Song Festival held at Sopot, Poland. Fraser & DeBolt broke up not long after, except for a few reunion appearances.

In November 1994, their story was told in an episode of Adrienne Clarkson Presents on CBC-TV. In 2004, their first album was still on the playlists at the radio station WFMU in Jersey City, New Jersey. The Canadian music trade paper, “The Record”, explained the duo’s significance when it wrote, “Fraser & DeBolt were the greatest Canadian band never to have made it.”

Allan Fraser lived in Montreal from 1994 with the artist Donna Louthood, until her death in 2011. He has three grown children: folk singer Kaya Fraser, Jade Fraser, and Simon Fraser.