The Arthur McDonald Residence located at 108 Douglas Avenue in Saint John, is recognized as one of the elegant late 18th century and early 19th century homes along Douglas Avenue. Formerly known as Douglas Road, Douglas Avenue was located in the Town of Portland. 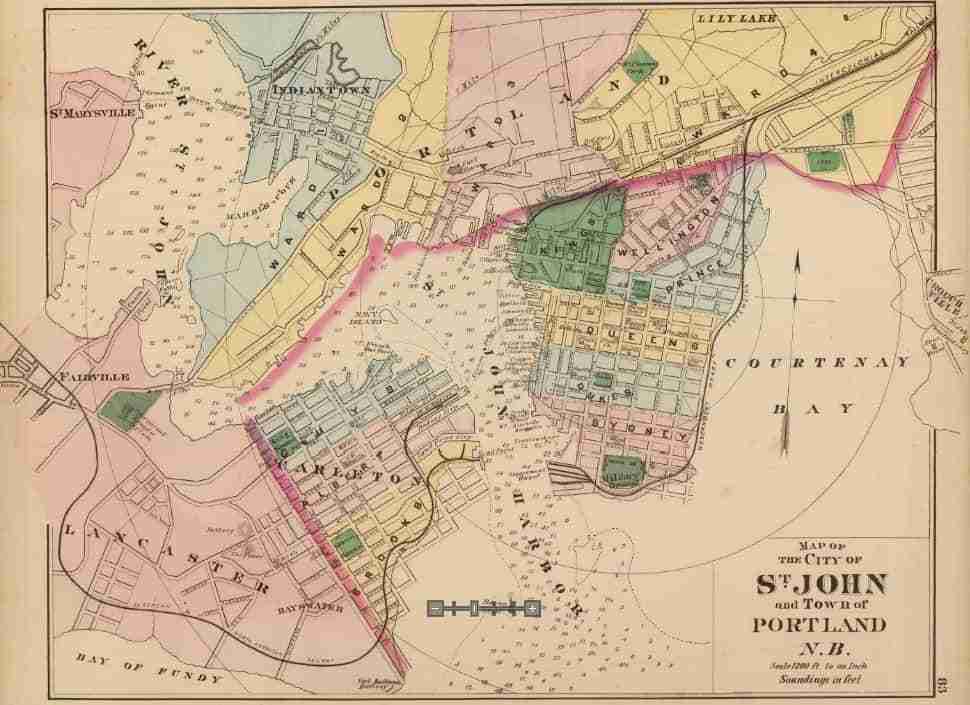 In 1889, the town amalgamated with the City of Saint John. Improvements between 1869 and 1881 gradually led to considerable progress in this area, and by 1886 Douglas Avenue had become a highly accommodating thoroughfare. The majority of the older buildings on Douglas Avenue were built between 1870 and 1900, although some were constructed before this time and remain standing to the present day. The Arthur McDonald Residence is an excellent example of small-scale Gothic Revival residential architecture that has endured throughout the development of the Douglas Avenue area.

The Arthur McDonald Residence is also recognized for its association with the McDonald family. Arthur McDonald had this residence constructed circa 1862. McDonald initially worked in the dry goods industry under John Gillis before becoming involved with the shipbuilding industry. In the early 1850’s, he partnered in business with prominent ship builder, John McDonald. In 1856, the partnership dissolved and Arthur McDonald founded his own lucrative shipbuilding business on Straight Shore Road. He remained at his Douglas Avenue residence until his death in 1874. His wife, Elizabeth McDonald, continued to live in this residence in the following years with their son, Charles McDonald.

Charles McDonald acted as the managing director of the Saint John Iron Works for a time and served as chairman of the Saint John Board of Trade taxation committee. His general success in commerce and industry led to his election to the vice-presidency of the New Brunswick branch of the Canadian Manufacturing Association.

He acted as governor and then president of the Wiggin’s Male Orphan Institution, as well as director of the Turnbull Home. After his mother passed away in 1908, McDonald continued to live in this residence until his death in 1955.