Hiding beneath this present apartment building located at 433 Charlotte Street in Fredericton, is an 1830 Presbyterian church known as “the Auld Kirk“. 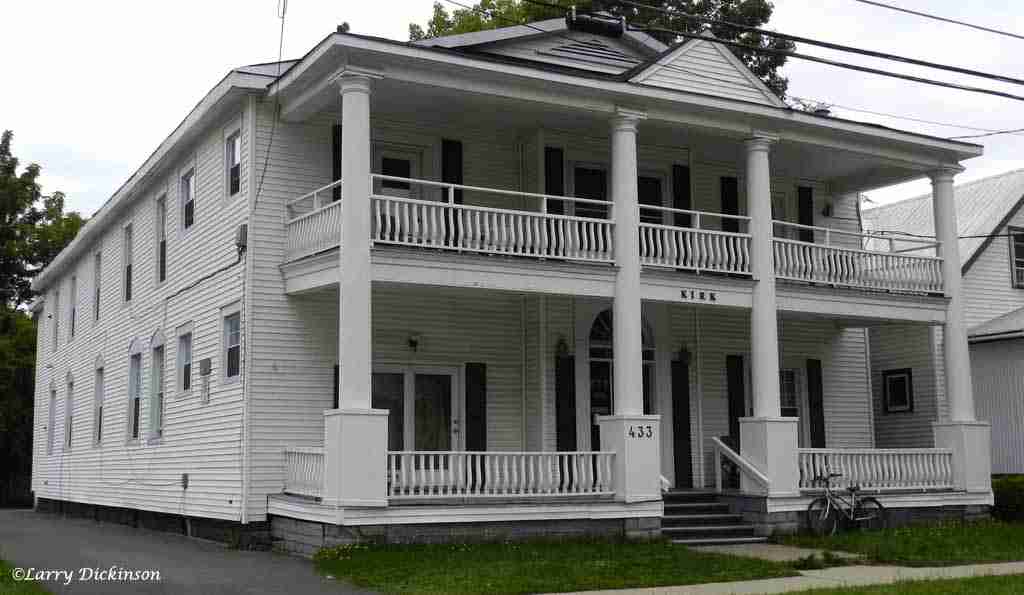 Mr. Fitzpatrick built the two-storey wood-frame church with a projecting tower based upon William Taylor’s design plans. The building was completed in 1830, and St. Paul’s Presbyterian Church was formally organized in 1832. To better serve and accommodate the congregation, the Auld Kirk was enlarged around 1840. By 1881, the Church Trustees decided it was time to replace the Kirk with a new place of worship. With plans to build a new church, the original church building became known as the “Old Kirk,” or more commonly the “Auld Kirk.”

The Auld Kirk has the distinction of being the only building in Fredericton known to have been twice moved. To make room for the construction of the new St. Paul’s Church, the Auld Kirk was moved to the rear of the lot. The church originally fronted on George Street and, in May 1882, William Price moved the Auld Kirk to its new location on York Street. The Auld Kirk served as a Sunday School in connection with St. Paul’s Church for the next 34 years. A bequeath from the Donald Fraser estate in 1916 enabled St. Paul’s to replace the Auld Kirk with a new building. Rather than tear down the Auld Kirk, which had been considered, the building was sold and moved to its current location.

Evening on the St. John River