February is Black History Month. The members of the Black Community of New Brunswick belong to a race which has a long and varied history. The ancestors of the majority of the Blacks living in New Brunswick came from the United States and the West Indies. These people or their ancestors came from West Africa as slaves brought there by Whites, who were looking for a cheap labour force to work plantations in the New World. However, long before the Whites arrived in West Africa there existed great civilizations which were organized politically with administrative machinery as complex as many similar structures existing in Europe. African Black empires traded in gold and ivory and produced works of art, such as the bronze sculpture of Ghana, which are equal if not superior to similar work produced in Europe.

Many people, both Black and White, believe that the first Black people came to the Province of New Brunswick as slaves brought here by the loyalists at the conclusion of the American Revolutionary War. This is not correct. Black people had lived in Canada since before the American Revolutionary War. They lived in New Brunswick before this Province was established in 1784. Many Black people did come to this Province with the loyalists as slaves or “servants” but at the same time many came as free Blacks.

The first record of a Black man in New Brunswick dates from the last decade of the seventeenth century. This man was brought to New Brunswick much against his will. W. O. Raymond says that he “was probably the first of his race to set foot within the borders of New Brunswick”. This man, a native of Marblehead, Massachusetts, was carried to the St. John River by the French, who captured him during a raid down into New England. He was freed in 1696 by Major Benjamin Church, who led an attacking force from Massachusetts which raided the French settlements on the St. John River. When Church returned to Boston he took this man with him. Raymond may be right about this man being the first of his race to come to New Brunswick. There is no recorded evidence that Black people lived in any of the French settlements in New Brunswick before the last decade of the seventeenth century. Nevertheless, since there were Black people in New France and in what is now Nova Scotia in the early part of the seventeenth century, it is very probable that Black slaves were brought to what is now New Brunswick. 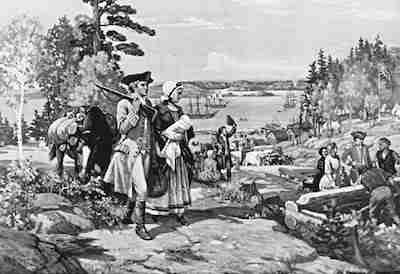 Many loyalist officers had one or two slaves, some had 4 or 5 and a few as many as 9 or 10. Many other loyalists who were not connected with the various regiments disbanded in New Brunswick also brought slaves with them. Gabriel G. Ludlow, the first mayor of Saint John; Col. Isaac Allen, a judge of the Supreme Court; Col. Edward Winslow, a member of the Executive Council of NB and later a judge of the Supreme Court; and a number of ministers of the Anglican Church such as the Rev. James Scovil, who brought two slaves with him to Kingston. 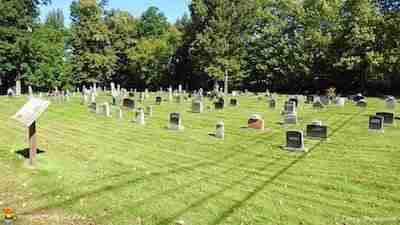 in Fredericton was constructed in 1837 by the local black community, former slaves and their descendants. From its inception, the degree of integration of black and white at St. Peter’s was unique. Not only did white and black worship together, blacks also served as sextons, vestry members and constituted a significant portion of the choir. Black and white are buried together, without distinction, in St. Peter’s cemetery. This was in stark contrast to other nearby churches and community cemeteries where segregation and separation were the norm. St. Peter’s cemetery is the only known instance of integrated burial dating from the nineteenth century in the greater Fredericton area, and perhaps all of New Brunswick.  See also Black Settlement Burial Grounds.

The Wheary graveyard is on private property in Keswick. Most of the gravestones are more than 100 years old and have begun to crumble. The cemetery is overgrown and difficult to see. The gate has fallen from its post.  and hardly visible through the brush and some have started to decay. 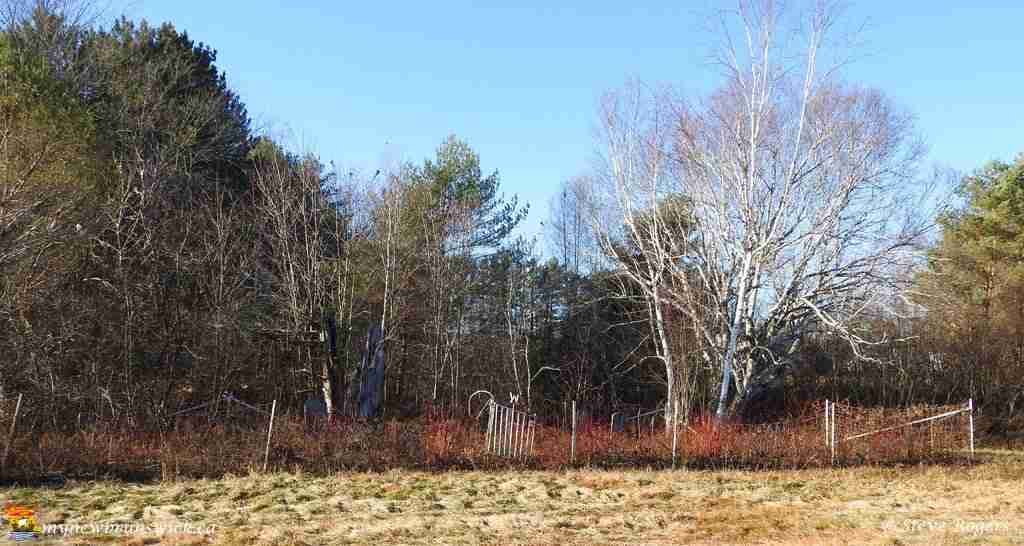 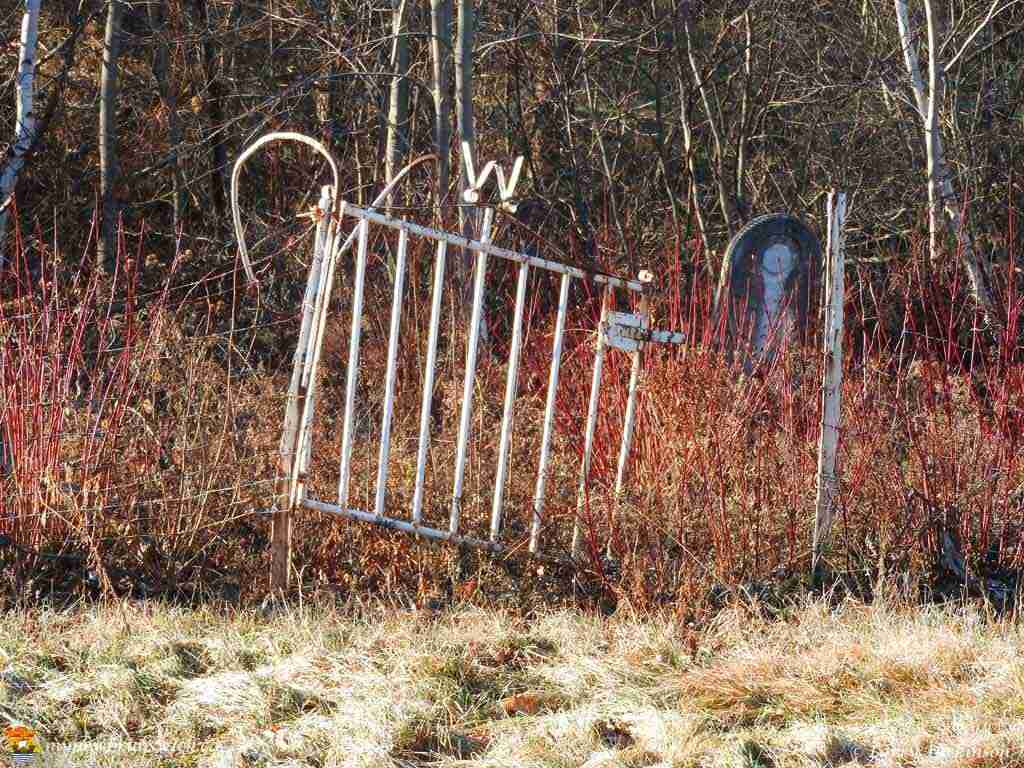 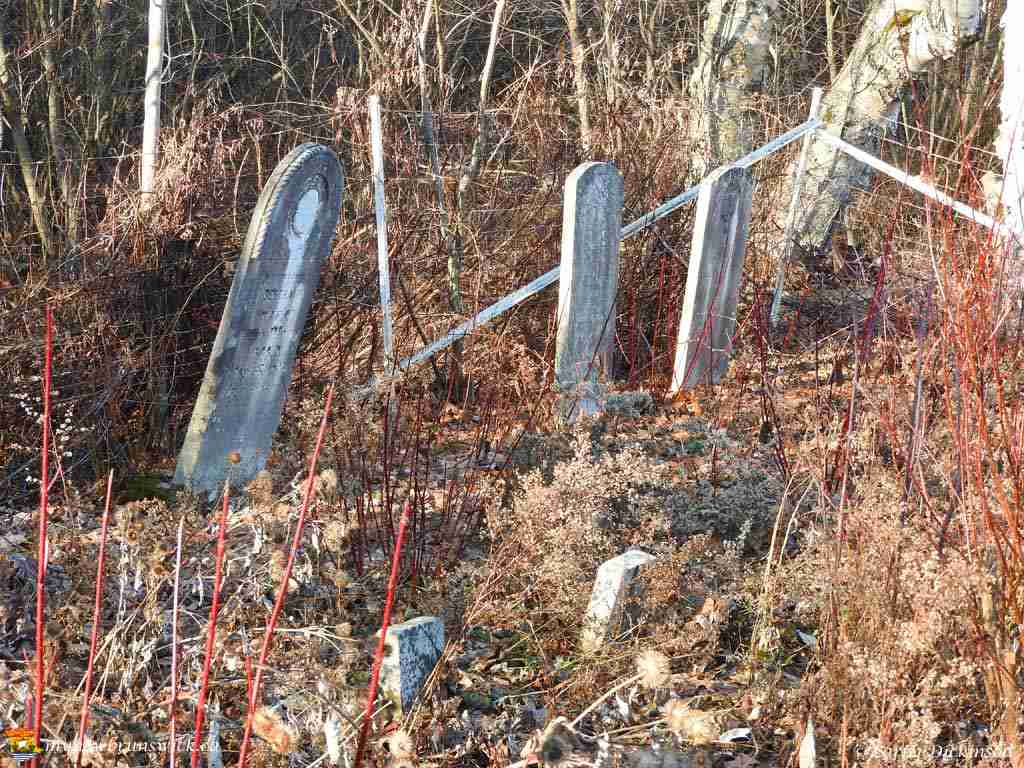 The Mactacquac Heights cemetery was only discovered when the land around it was developed in the 1990s. Now cared for by neighbours, the tombstones of some of the first African Canadians in the area such as Wheary, O’Ree and Dymond can be found there. 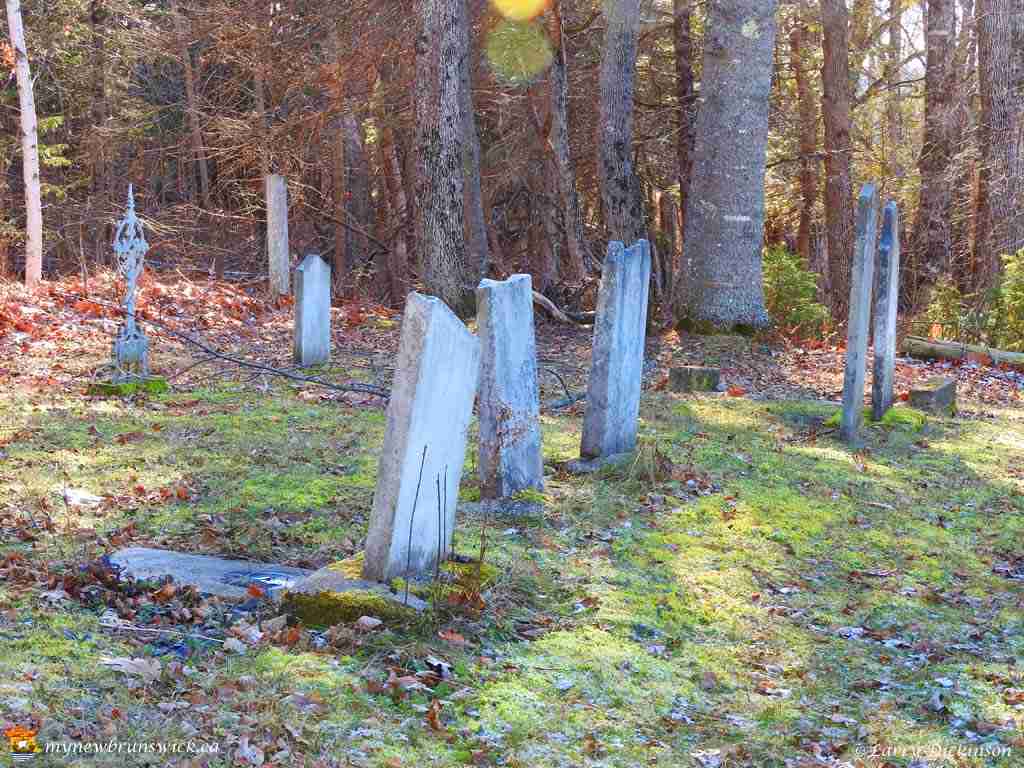 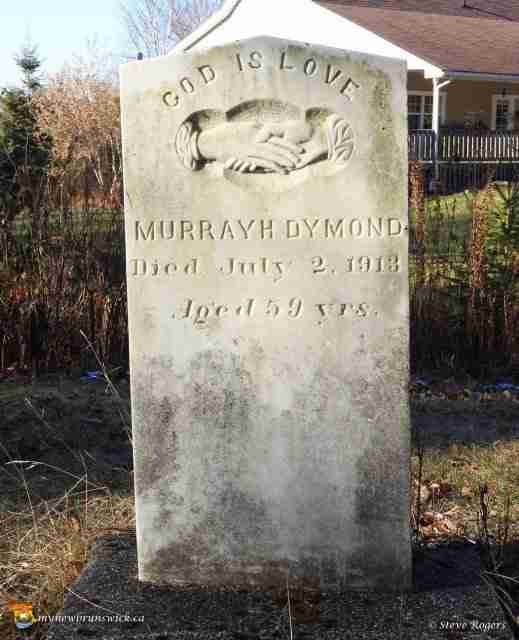 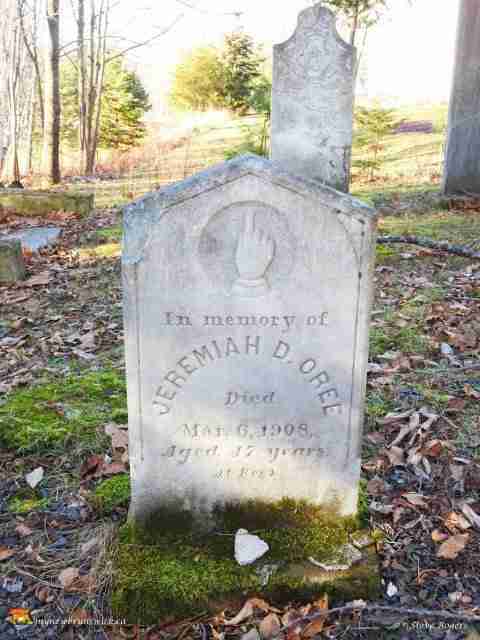 We also discovered the Black Settlement Burial Ground in Willow Grove located on highway 111. It was founded in 1831, and is the resting place of some 100 of those Black loyalists and Black refugees.   Elm Hill was established by black Loyalists from Virginia in 1806, as one of Canada’s earliest black communities. It is located on the St. John River between Saint John and Fredericton. The Elm Hill Cemetery is located 6 miles east of Highway 102, on the south side of Elm Hill Road. Over a hundred people were buried there over the years, many field stones – too worn to read.

Here is a list of those buried in the Elm Hill Cemetery. It may be incomplete.

Resource: Information for this post came from “The Blacks In New Brunswick” by W.A. Spray. Click here to view the entire article. Please note: this link takes you to a PDF.