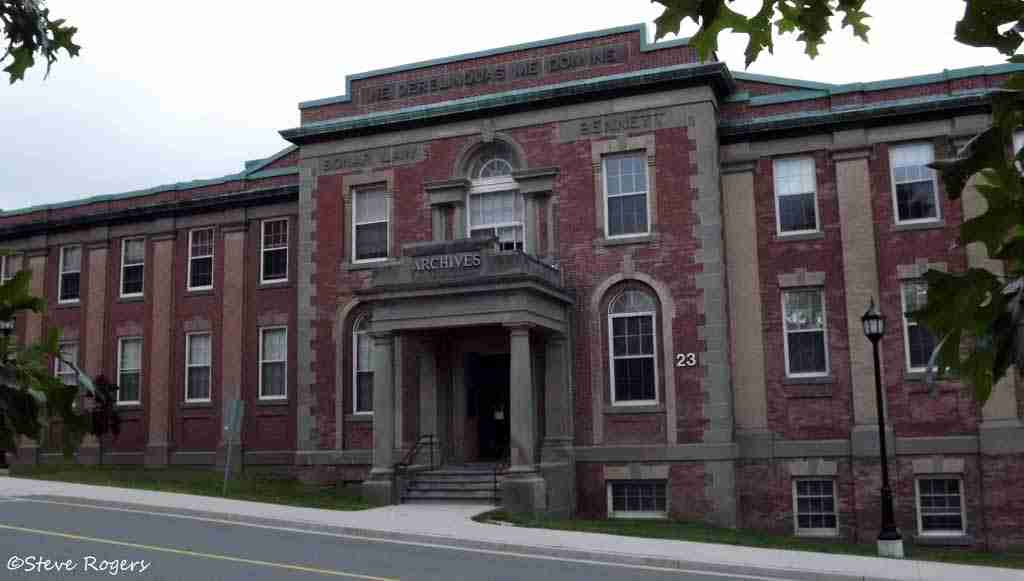 UNB’s first library building was this handsome red and buff brick edifice with sandstone trim and a portico supported by tremendous Tuscan sandstone columns. It was bestowed to the campus by the Provincial government in 1931, and was expanded and refurbished through the generosity of Lord Beaverbrook in 1951.

In the latter year the library was named in honour of two native-born sons of New Brunswick: Andrew Bonar Law, Prime Minister of Great Britain from 1922 to1923, and R.B. Bennett, prime minister of Canada between 1930 and 1935.

Since 1967, the building has housed the Provincial Archives of New Brunswick.