A superb example of Queen Anne architecture built in 1895, this house was the home of Henry and Helen Chestnut. Henry was a well-known hardware merchant of the 19th and early 20th century in Fredericton, continuing his father’s firm of “R. Chestnut and Sons.” He supplied equipment for lumbering, farming and sportsmen. Henry and Helen raised a large family of boys who were recognized as avid outdoorsmen. Two of these sons, Will and Harry, were among the first to patent the concept of a canvas covered canoe, and founded the Chestnut Canoe Company in 1904 within the upper floor of the Risteen Mill where they and their fathers were shareholders. 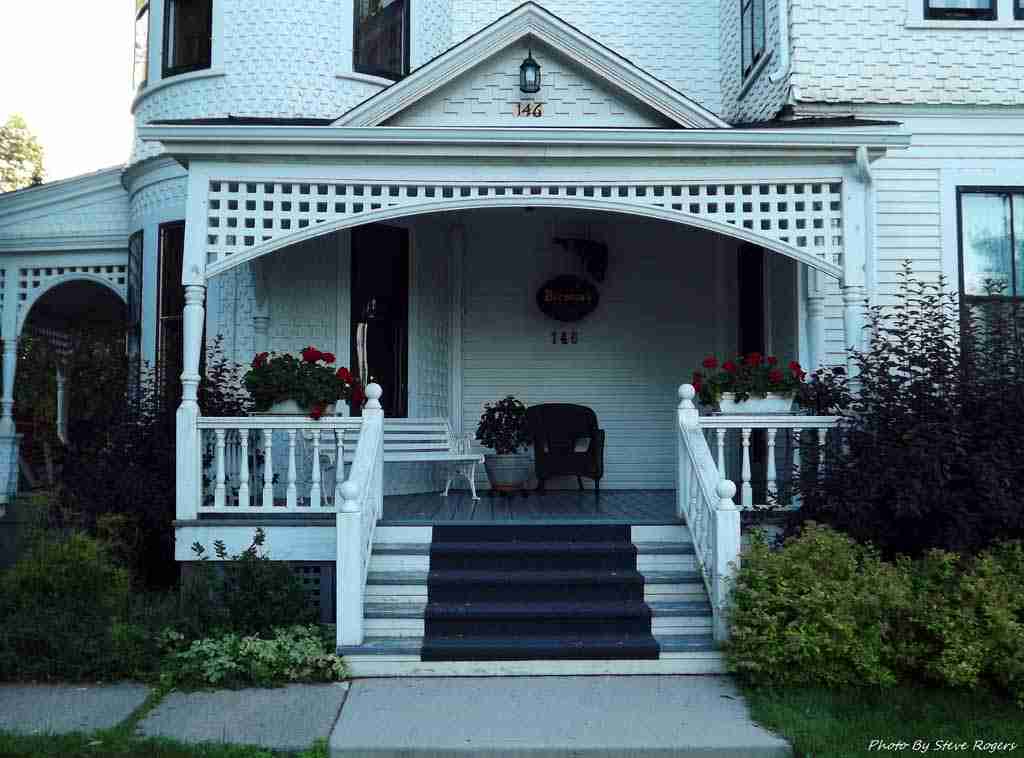 Compositionally, this multi-shingled building is the most medieval of any of Fredericton’s Queen Anne Revival mansions, with the circular corner tower serving as an anchor upon which the whole design rests, its conical roof capped with an metal flag-like finial, a perfect visual metaphor for a castle turret. 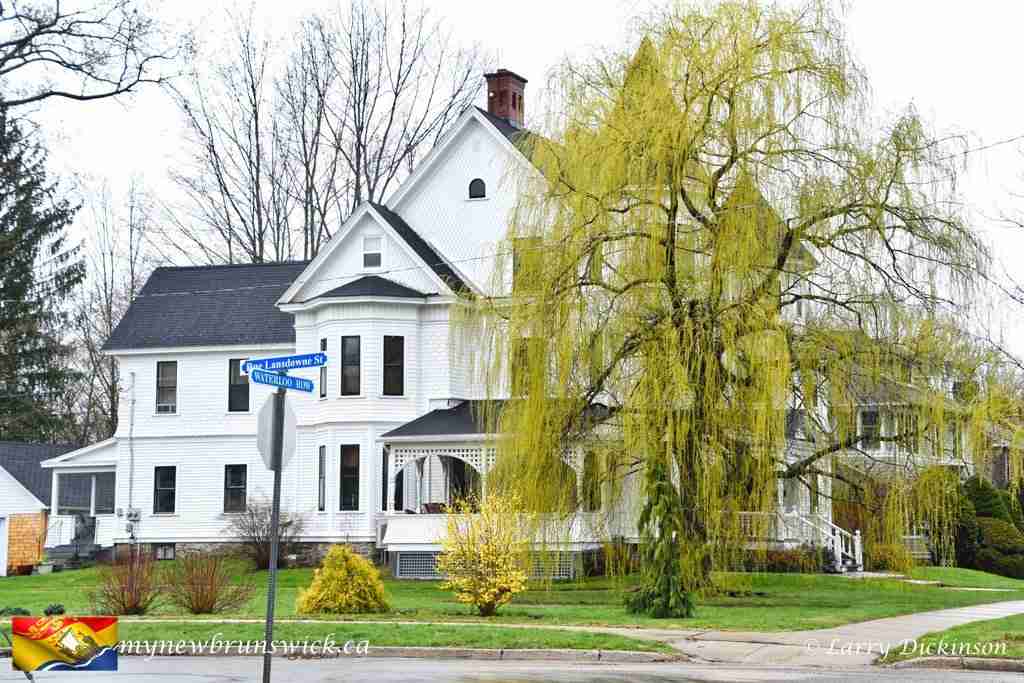 As the beautiful Saint John River was an inspiration in all seasons of the year, Will and Harry built their houses immediately next door at nos. 138 and 132 Waterloo Row in Fredericton respectively. This property is now Brennan’s Bed & Breakfast.