Brunswick Street Baptist Church, a distinguished member of downtown Fredericton’s many corner-lot churches, this purple sandstone Gothic church  was designed by the architect D.E. Dunham of Saint John and completed in 1883, replacing a wooden church on the same site destroyed by fire in 1882.

The interior followed Baptist tradition, with a central pulpit surrounded by semi-circular pews, a horseshoe shaped balcony, and a richly-stained wood interior. 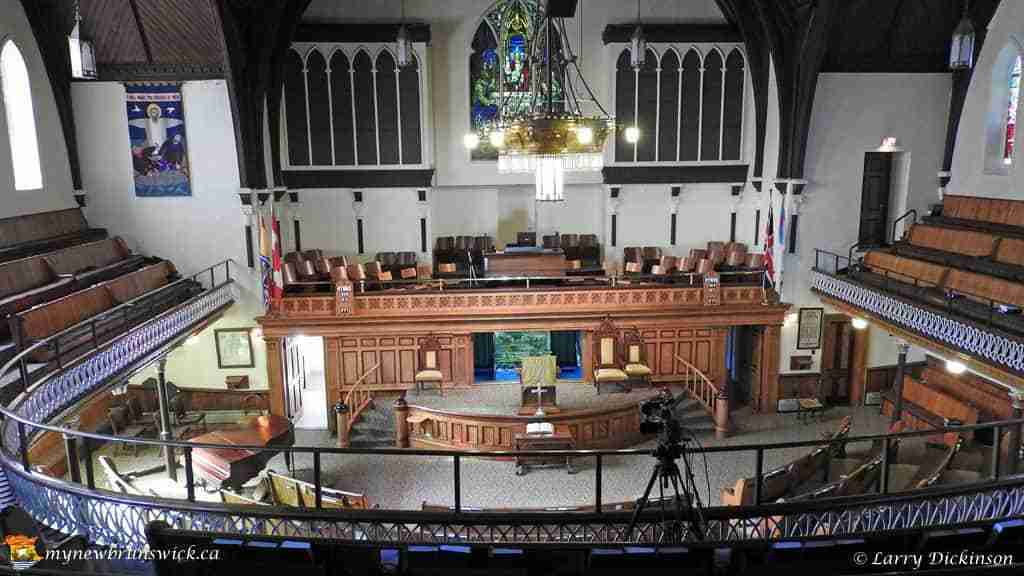 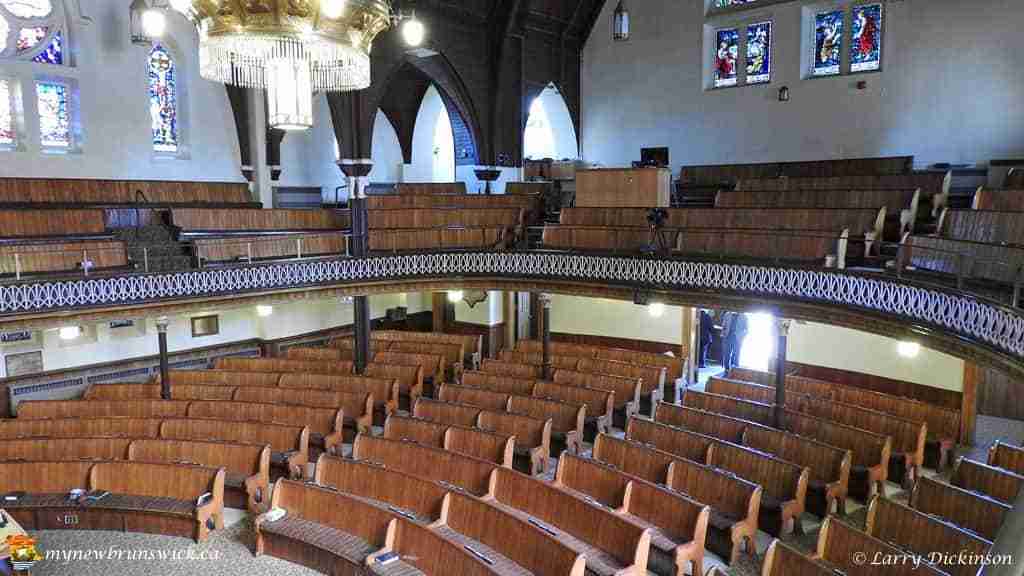 It makes a fitting kinsman to the similarly styled St. Paul’s United Church one block away, which was completed near the same time. 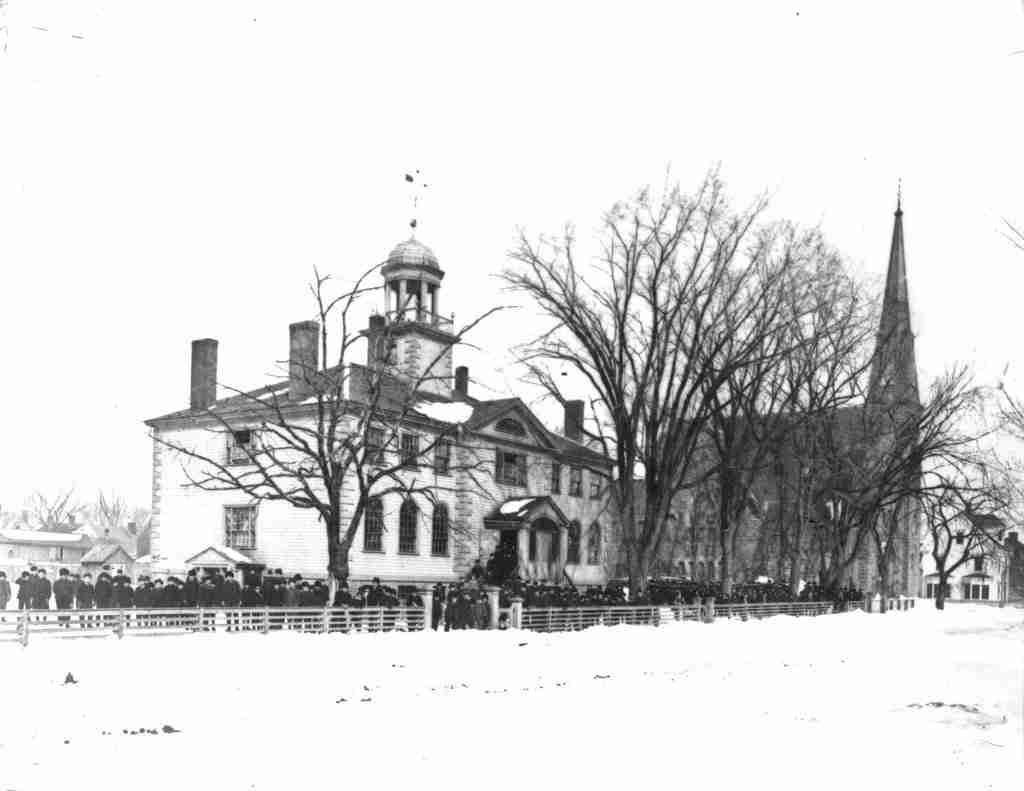 The Baptist Seminary opened in January 1836 to about seventy boys and girls and offered the latter their first opportunity to acquire an education. The seminary grew out of a call from the Association of NB Baptists for a high school for non-Anglicans. The school didn’t open its doors to non-Anglicans until 1860. At first the Association proposed to build it at Maugerville, but decided finally to locate it on the northwest corner of York and George Street.