Caleb Jones was a slave owner and office holder. Born in 1743, probably in Maryland. He married Elizabeth in Saint Marys parish.

At the outbreak of the American Revolutionary War Caleb Jones was a planter and slave owner and the sheriff of Somerset County, Maryland. It was likely he who was called before the Maryland council of safety in 1776 and required to post bond with the Somerset County committee of observation for his good behaviour and his “paying due obedience to the orders of the honourable Continental Congress and Convention.” He fled to New York City, where he joined the Maryland Loyalists, and he served throughout the war as a captain. Before the evacuation of New York City in 1783, Jones was given six months’ leave of absence to explore lands in what was to become New Brunswick, and after the arrival of the loyalists there he obtained a grant on the Nashwaaksis Stream near St Anne’s Point (Fredericton). 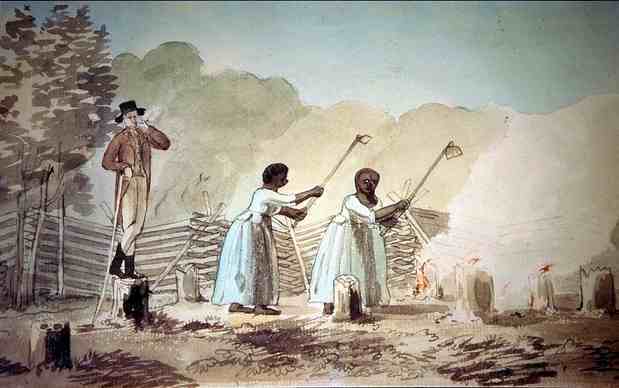 In 1785 he chartered a ship and sailed from New Brunswick to Maryland, leaving behind on his land two slaves he had purchased in New York City; returning shortly after with seven slaves, he found that those working his land had run away, the first of many to escape from him. Jones’s wife had remained in Maryland to collect his property, and in 1786 he returned for his family and movables. He was disappointed to find, however, that his agents there had been unable to recover any of the debts owed to him. Once back in New Brunswick he took up farming.

By the beginning of the 19th century there were a number of people in New Brunswick interested in the abolition of slavery and in February 1800 Jones became involved in an attempt to test its legality in the province. When a woman named Nancy (Ann), whom Jones was detaining as a slave, claimed her freedom, a writ of habeas corpus was issued and the case was presented to the full bench of the Supreme Court. The best legal counsel in the province was employed by both sides. Nancy was defended by Ward Chipman, who was later chief justice, and Samuel Denny Street. Chipman and Street were not paid for their services, but defended the slave as “volunteer[s] for the rights of human nature.” Jones was represented by Jonathan Bliss, John Murray Bliss, Thomas Wetmore, Charles Jeffery Peters, and William Botsford.

The judges who heard the case were Chief Justice George Duncan Ludlow, Joshua Upham, Isaac Allan, and John Saunders. The first three were slave owners; Judge Saunders was the only opponent of slavery on the bench. To strengthen his case Chipman searched out every trial and legal decision on slavery in the British empire available to him, and his opponents undoubtedly did the same. On the conclusion of the trial Ludlow and Upham declared that slavery was legal in New Brunswick, while Allan changed his views and joined Saunders in declaring it illegal. Since the bench was equally divided, no judgement was recorded and the slave was returned to her master; however, as a result of his decision Judge Allan released his slaves and a number of slave owners followed his example. Though the writ of habeas corpus was issued to Jones, some writers have concluded that Stair Agnew was Nancy’s real master. The confusion appears to have arisen from the fact that a female slave of Agnew’s also claimed her freedom about the time of the trial.

Caleb Jones was not happy in New Brunswick and felt that he had not been compensated adequately for his losses during the war. He became involved in disputes with the government and portions of his land were escheated for non-fulfilment of the conditions of the grant. In 1802 he made an unsuccessful attempt to win a seat in the House of Assembly. At that time he was accused of making seditious remarks by seven York County magistrates, among them Dugald Campbell and Stair Agnew. They requested that he be removed from his position as magistrate, to which he had been appointed in 1799, so that they would be spared “the mortification” of having to sit with him again at the Court of General Sessions. There is, however, no record of the cancellation of his commission. He continued to criticize the government and was involved in disputes over land and the ownership of slaves until his death in 1816.