Cap-Pelé is a coastal village located in Southeastern New Brunswick known for the warmth of its people. This village is without a doubt a rare find for tourists seeking adventure. 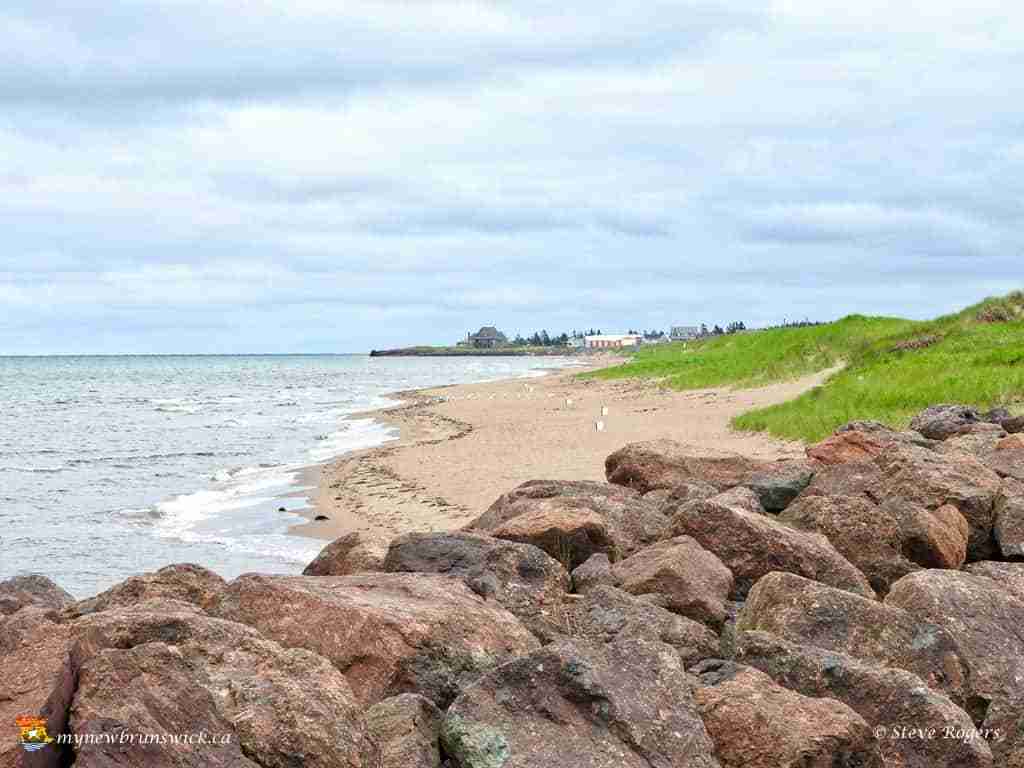 The richness of the Acadian culture and its heritage contribute in making Cap-Pelé a colourful fishing village. During the herring, scallop and lobster fishing season more than 60 boats unload these delicacies of the sea. Cap-Pelé has built its reputation on the aroma stemming from over thirty smoke houses.

In the heart of l’Acadie, violins, singing, dancing and fireworks are all part of the air of celebration that goes on throughout the year. During the summer season, the village’s sandy beaches are among the most beautiful in Eastern Canada and the water is the warmest, north of the Carolinas. 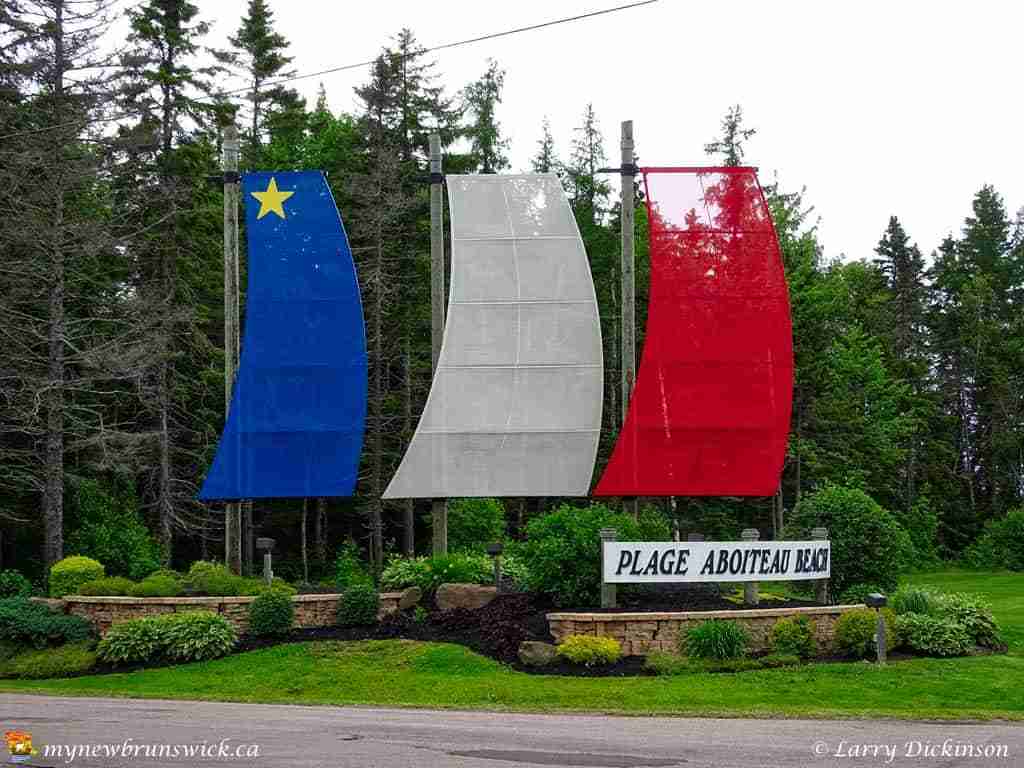 The Aboiteau Beach, a five-star beach that spreads over 2.5 kilometers, offers various high-quality services and it has become a first-class tourist destination with its 40 cottages for rent, its licensed beach complex that offers numerous activities. 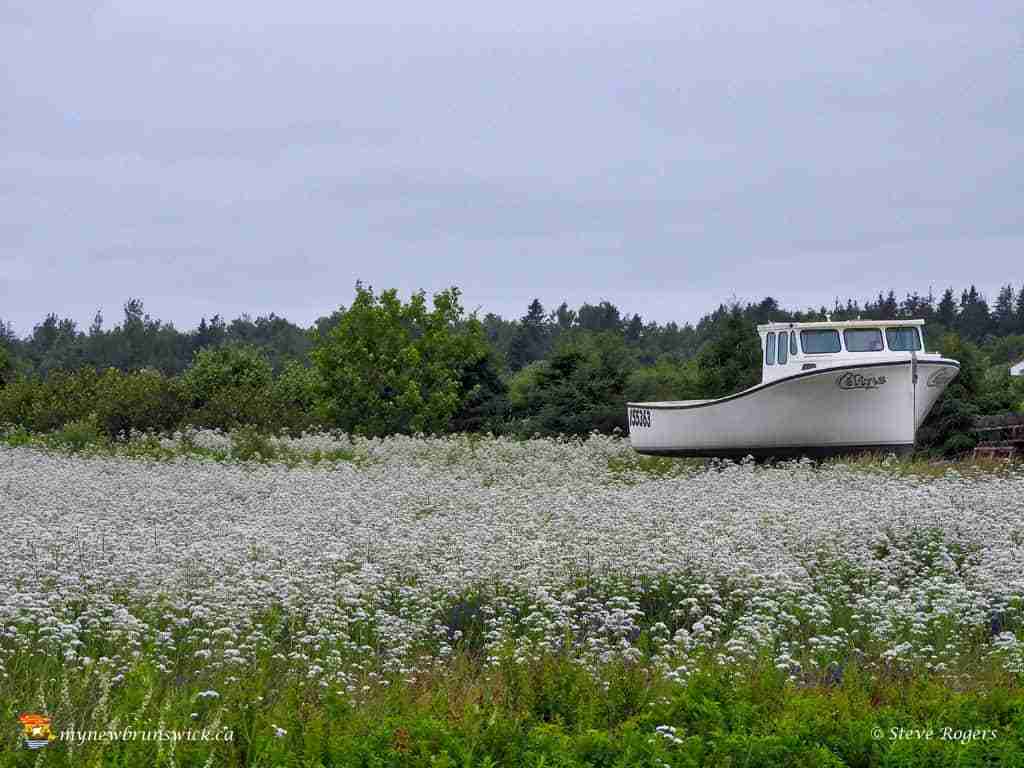 The Village of Cap-Pelé hosts many celebrations and festivals during the summer season. Come, visit us in the heart of l’Acadie! Cap-Pelé, a place to grow, a culture to discover, a place to spend your vacations.

At first glance, the Acadian community of Cap-Pelé looks like a typical East Coast fishing village. There is, however, one particular characteristic that distinguishes it from any other in the country: the thirty or so “smoke houses”(fish plants where smoked herring is dried), located in and around the village.

The Angel of Cap-Pelé Monument is associated primarily with the fact that it is one of the few monuments located on a public highway in Canada. In 1935, Donat Robichaud, the parish priest, obtained a permit from the then highway engineer authorizing him to place the angel monument on its current site. 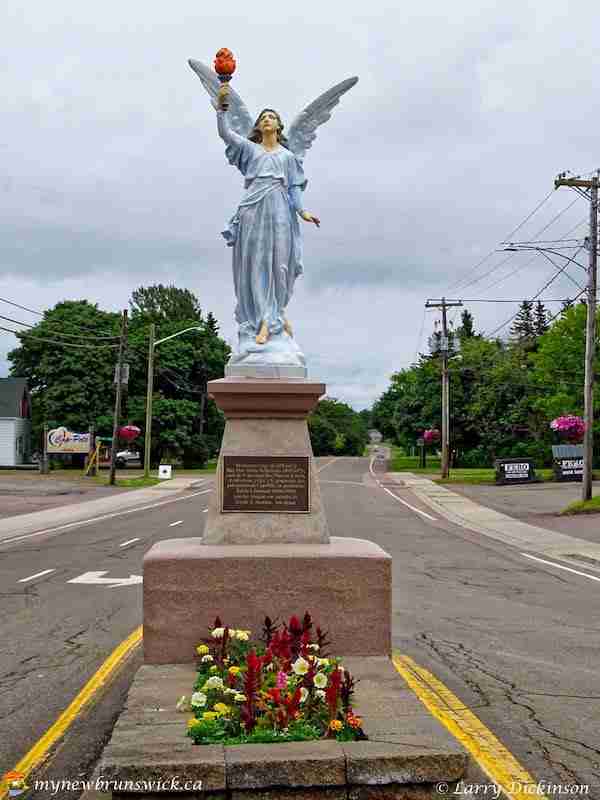 The angel statue, which is made of concrete, is the work of an unknown artist from Quebec. It is representative of the religious art of the Roman Catholic faith in the early 20th century. Early in the summer of 1935, brothers Willie and Fred Dupuis, two well-known stonecutters from Shediac, began work on the pedestal. The stone for the pedestal came from the Beaumont quarry, in Westmorland County.

Originally, Father Donat Robichaud and the parishioners wanted to openly express their faith through the monument and thus place the region’s two core industries – fishing and agriculture – under the protection of divine forces. Thereafter, oral tradition maintains that the angel protected all of the soldiers from Cap-Pelé parish who fought in World War II. As Father Donat Robichaud had predicted, no local soldiers died on the battlefields despite the fact that a large number of men served and some were seriously injured.

Founded around 1780 and then incorporated into a municipality in 1969, the Village of Cap-Pelé has a population of 2,266 (2001 census). The economy depends mainly on fishing. The village boasts a fleet of fishing boats that numbers in the sixties. They fish herring in the spring, mackerel in early summer and the king of all shellfish, the lobster, from mid-August to mid-October, as well as scallops. The thirty or so smoke houses account for 95% of the smoked herring produced in Canada and there are also three seafood and fish processing plants.

Agriculture still occupies an important place in the village’s economy. There are many potato growers; market gardening is present and there are a few greenhouses. 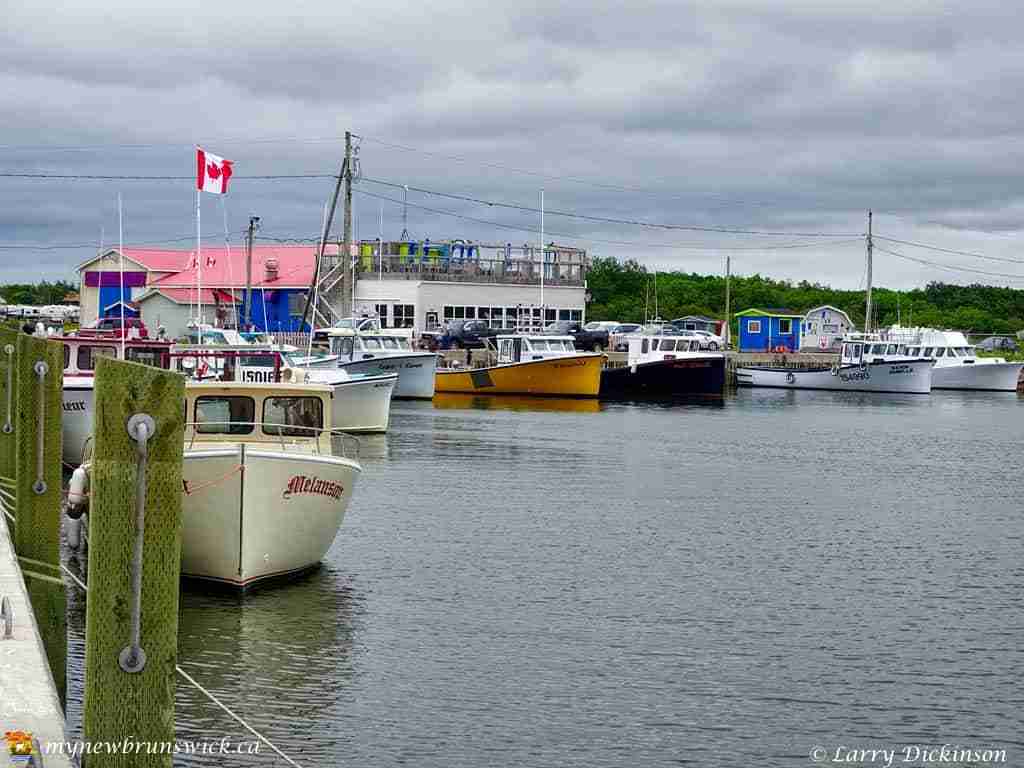 Tourism weighs in heavy in the economy of the village. The main focus has been around the Aboiteau Park project for the past few years. It boasts a centre where there are recreational and amusement facilities, as well as lodging.

There is no shortage of facilities and services, in the village of Cap-Pelé, to satisfy the needs of both the casual wanderer and the seasoned traveler, but the main attraction is the joie de vivre of its residents. They have a way of making visitors feel at home.

Cap-Pelé, considered by many to be the heart of l’Acadie, has a rich Acadian heritage and offers a wide variety of cultural and recreational activities. Cap-Pelé, you’ll want to discover it…

Click on a thumbnail to see more photos of Cap-Pelé.