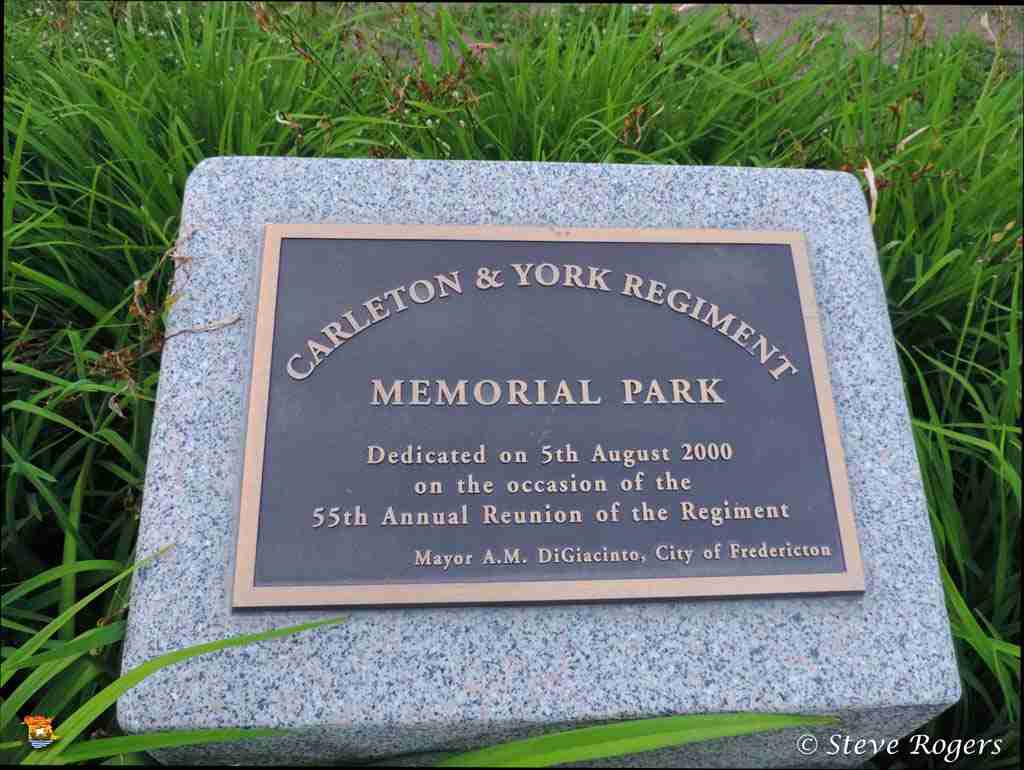 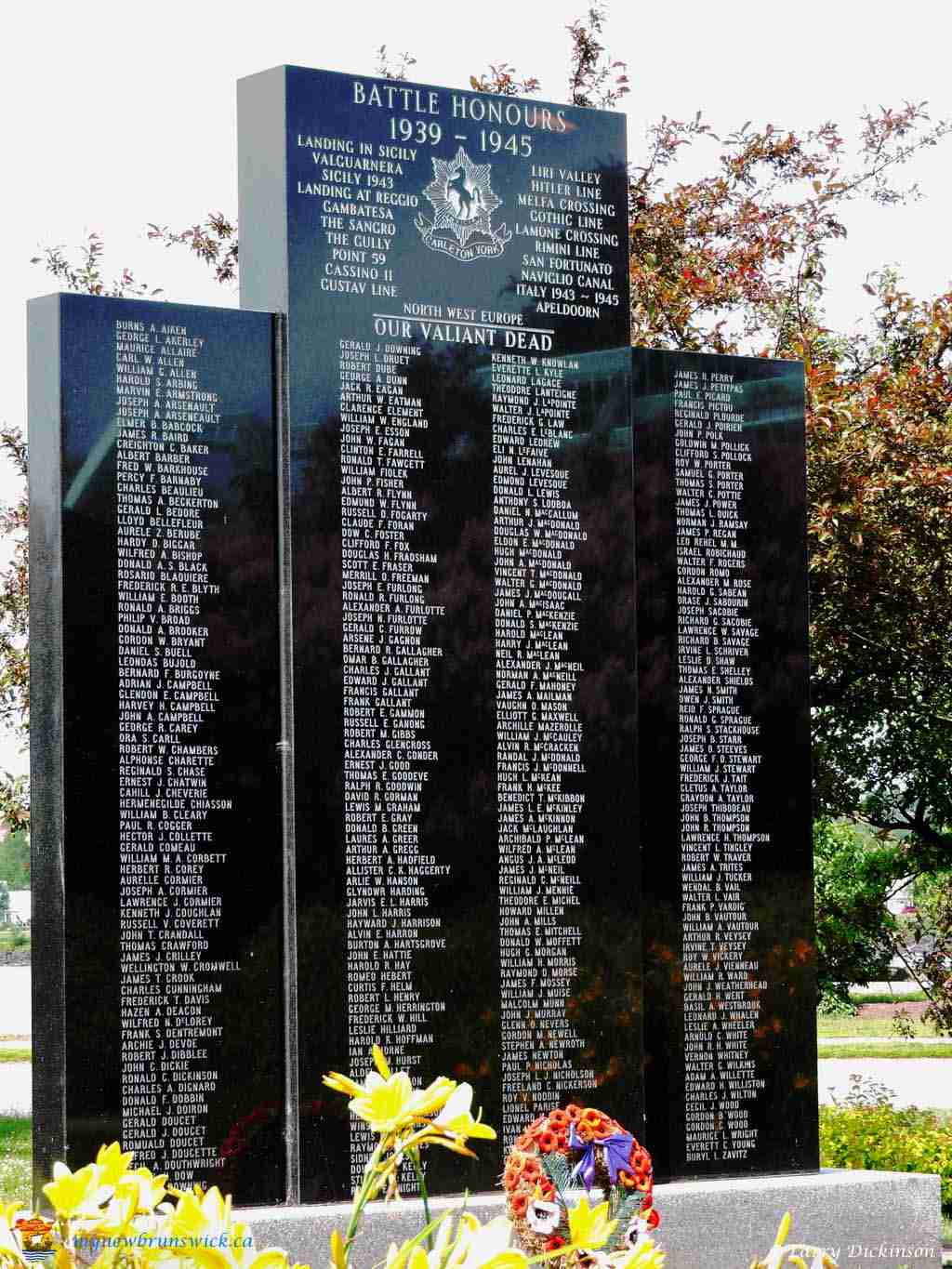 On 1 December 1943, it left for the United Kingdom as part of the 3rd Canadian Infantry Brigade, 1st Canadian Division.

Fighting as part of the British 8th Army for three months, constantly confronting difficult terrain and skillful delaying tactics (such as bridge demolition) by the retreating Germany soldiers.

In December 1943, however, the nature of the conflict changed, as the Germans attempted to contain the Allies as far south as possible.

From then until March 1945, the Carleton and York Regiment was engaged in a serious of intense and costly battles, including Ortona, the Gothic Line, and the Liri Valley.

In April 1945, it participated in a brief campaign against the Germans in Holland, before the final German surrender.

After returning to Canada, it was reverted to a militia unit and, in 1954, it was combined with the New Brunswick Scottish Regiment to create First Battalion, The Royal New Brunswick Regiment (Carleton and York).