Catherine McKinnon, singer, actress was born 14 May 1944 in Saint John. She began her career as a child performer on radio and television before becoming one of the leading Canadian pop singers of the 1960s. She appeared on such popular programs as Singalong Jubilee and Don Messer’s Jubilee, and had a hit record with her first album, Voice of an Angel (1964). She also appeared in theatre but is perhaps best known for her rendition of “Farewell to Nova Scotia.” She was awarded a Lifetime Achievement Award at the East Coast Music Awards in 2012.

McKinnon was raised in several Canadian cities. She made her radio debut at age eight in Saint John and her television debut at 12 in London, ON, before studying music at Mount Saint Vincent College (now Mount Saint Vincent University) in Halifax. Beginning in 1962, she was a featured soloist on the popular CBC – TV show Singalong Jubilee, which also launched the career of Anne Murray in the late 1960s. 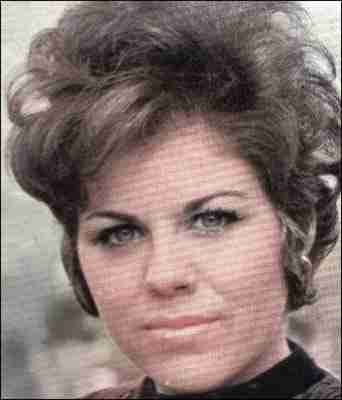 McKinnon rose to greater fame and popularity in Canada with the success of her first album, Voice of an Angel (1964), a collection of folk material. She appeared on CBC-TV’s Don Messer’s Jubilee and Music Hop, and starred on CBC Radio’s That McKinnon Girl. She won the RPM Award (precursor to the Juno) in 1965 for Top Female Singer, and her recording of Buffy Sainte-Marie’s “Until It’s Time for You to Go” was a modest hit in Canada in 1966.

She followed the success of Voice of an Angel with Voice of an Angel II (1964), Something Old Something New (1967), Both Sides Now (1968) and Everybody’s Talkin’ (1969). She also sang on Singalong Jubilee cast recordings and the CNE Grandstand show Sea to Sea (1968). Writing in the Toronto Telegram in 1969, Peter Goddard described McKinnon’s voice as “rich, controlled, completely sure in its sense of pitch.” The Globe and Mail’s Blaik Kirby called her voice “a sound so ravishingly beautiful you could worship it.”

Though she began her career as a folksinger, McKinnon became a skilled nightclub performer in the 1970s, adding ballads, torch songs and contemporary folk material to her repertoire. She released the album Catherine McKinnon with the Jimmy Dale Orchestra in 1970 and sang in concerts with the Saskatoon and Winnipeg Symphony Orchestras, and the Hamilton Philharmonic. In 1972, she played the artist Emily Carr in the CBC-TV musical The Wonder of It All, written by her husband, actor and comedian Don Harron, in collaboration with Norman Campbell. In the 1980s, her work in the theatre, often alongside Harron, became the focus of her career, and included roles in several revues. She performed at the Charlottetown Festival (Turvey in 1970, My Many Husbands in 1982), at the Rainbow Stage in Winnipeg (Wizard of Oz in 1970, My Fair Lady in 1975) and at Theatre Plus in Toronto (as Marg Osburne in Don Messer’s Jubilee in 1989). She also acted in dramatic roles with Harron at Theatre New Brunswick in Fredericton and the Neptune Theatre in Halifax.

McKinnon returned to recording and performance with a self-titled album released in 1980. Her follow-up album, Patrician Anne (1984), was dedicated to her younger sister Patrician Anne McKinnon, who recorded the minor hit “Blue Lipstick” at 16 and sang on many CBC-TV programs, including Music Hop and, for 11 years, Singalong Jubilee. Patrician Anne McKinnon’s career was interrupted in 1973 by a battle with cancer; she died in 2001.

McKinnon and Harron divorced in 2005.