The Charlotte Street School (732  Charlotte Street in Fredericton) is designated as a Protected Provincial Historic Site for its architectural qualities linked to late-19th century urban elementary schools in Canada, and for its association with noted architects H.H. Mott and J.C. Dumaresq.

Built to replace a neighbourhood school housed in a nearby barracks, H.H. Mott and J.C. Dumaresq designed this refined Italianate brick elementary school which was begun in 1884 and completed in 1885 by local contractor Joshua Limerick. It is the oldest primary school building remaining in Fredericton and one of the city’s only Italianate style public buildings. In many ways it is a smaller, more modest architectural version of Dumaresq’s New Brunswick Legislative Assembly Building of the same era. The original T-shaped wing had six classrooms (three on each floor) and a wide double stairway that still dominates the main hallway. In 1917, a rear wing was opened with two classrooms on the main floor, an auditorium on the second floor and washrooms on both levels. 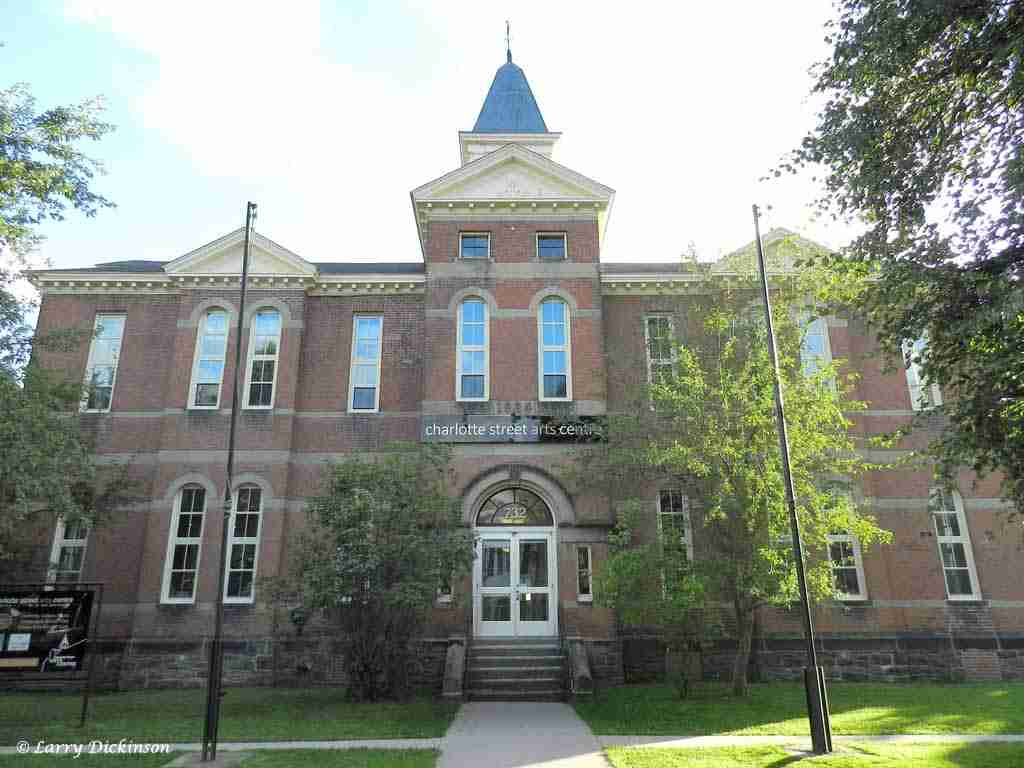 Workers renovating the old Grade One classroom discovered lists of pupils’ names from 1917 on an un-erased blackboard underneath the newer slates. From other writing, we know that this was posted in November. Thanks to the generosity of two former Charlotte Street School students, Canadian artist Mary Pratt and her sister Barbra Cross (whose grandmother’s name is written on the blackboards), we have been able to preserve these boards under glass. To date, no one has deciphered what the stars after the names signify. 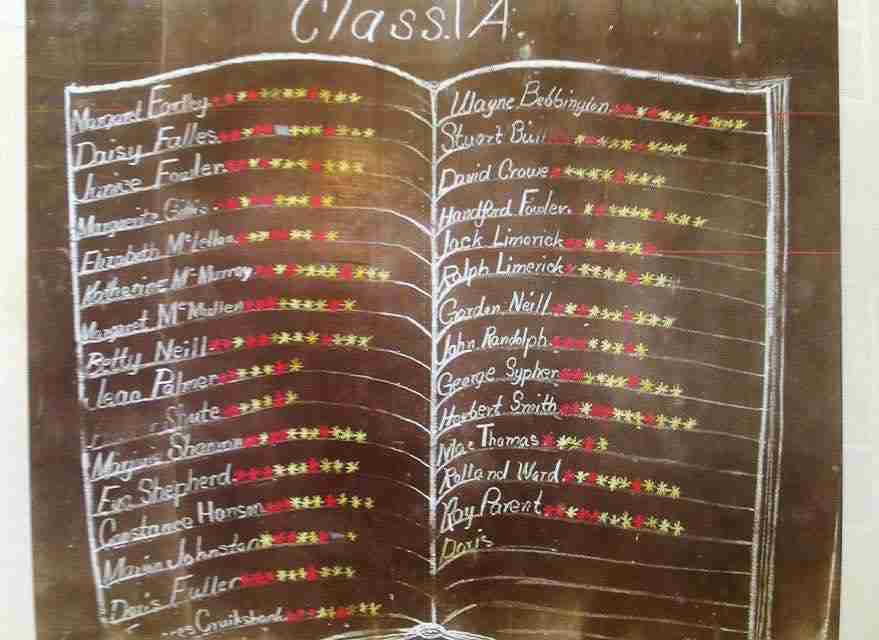 The School Days footage featuring the Charlotte Street School, filmed by Reid Picture Equipment Service in 1936, is one of the most exciting resources available to the public and the only video footage known to date of this historic school. Funded by Fredericton’s Board of Trustees, the silent film shows various classes in session from each grade in the facility (grades 1-8), with captions explaining each scene. Instruction featured in the film provides a good indication of the school’s curriculum, which included singing, drawing, grammar, writing, math and physical education. 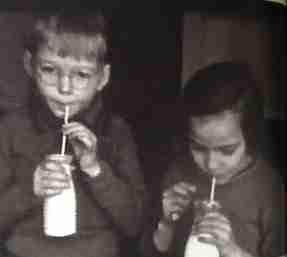 In the film, children sit prim and proper in their seats, their hands folded in front of them while the teacher gives instruction from the front of the room, very similar to the approach taken in current education. Just as younger students today are provided a break, the students at Charlotte Street School were also provided a recess period. During this time, they were able to organize games, use punching bags and play in the large area behind the school. The only recognizable indications of the time period, aside from the obvious such as the footage itself or the student’s clothes, were glass milk bottles, early 20th century automobile and individual chalkboards. The chalkboards were not the only writing resource available to the students, though. Students used them in the mathematics classroom, but in a previous scene children also use pencils and paper for their drawing class.

The last class at the Charlotte Street Elementary School was the 1974/75 term. Then students were bussed to the Priestman Street School.

In 2005 the school was restored and renovated, gaining new life as the Charlotte Street Arts Centre – a multi-use cultural facility open to the public.