When Anglican Bishop John Medley (1804-1892) arrived from Exeter, England in 1845, he immediately set upon construction of Christ Church Cathedral. Along with his devotion to the Medieval Gothic style, he brought with him the young English architect, Frank Wills, who modeled the Cathedral as a virtual likeness of the late Medieval Church of St. Mary at Snettisham, Norfolk. 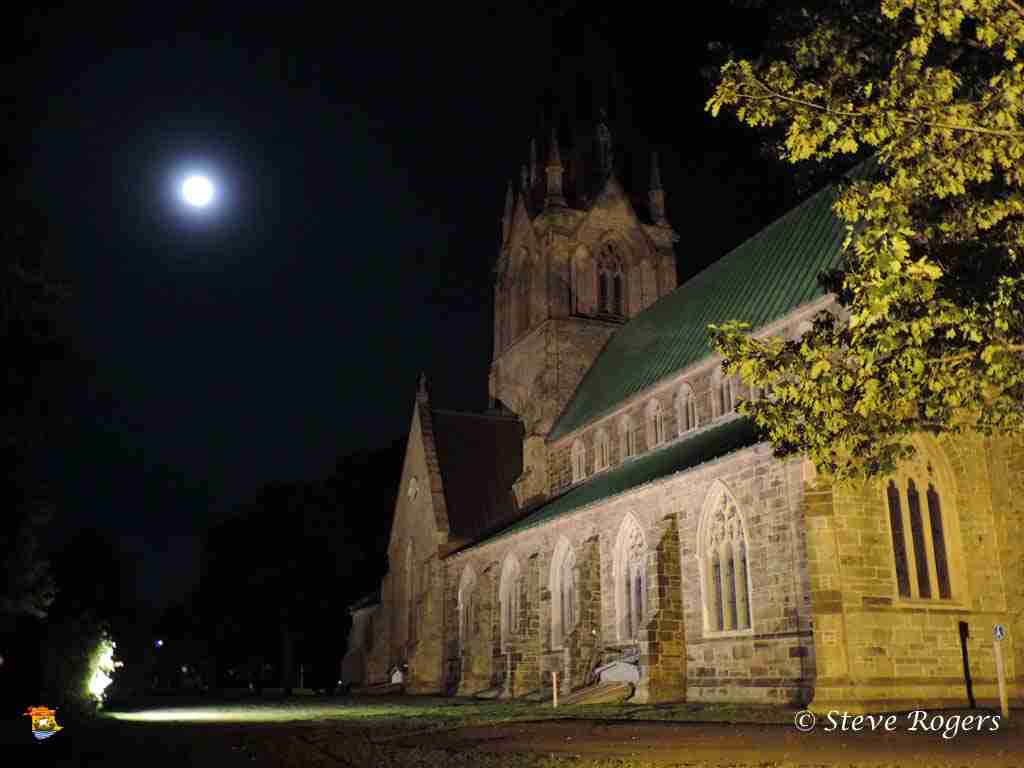 The Cathedral was the first Canadian building to follow closely the ideals of the Ecclesiological Society, a reformist Anglican movement that sought a return to the architecture of the Middle Ages. Wills left Fredericton for New York in 1849, so the task of final design was given to the celebrated English Architect, William Butterfield (1814-1900). 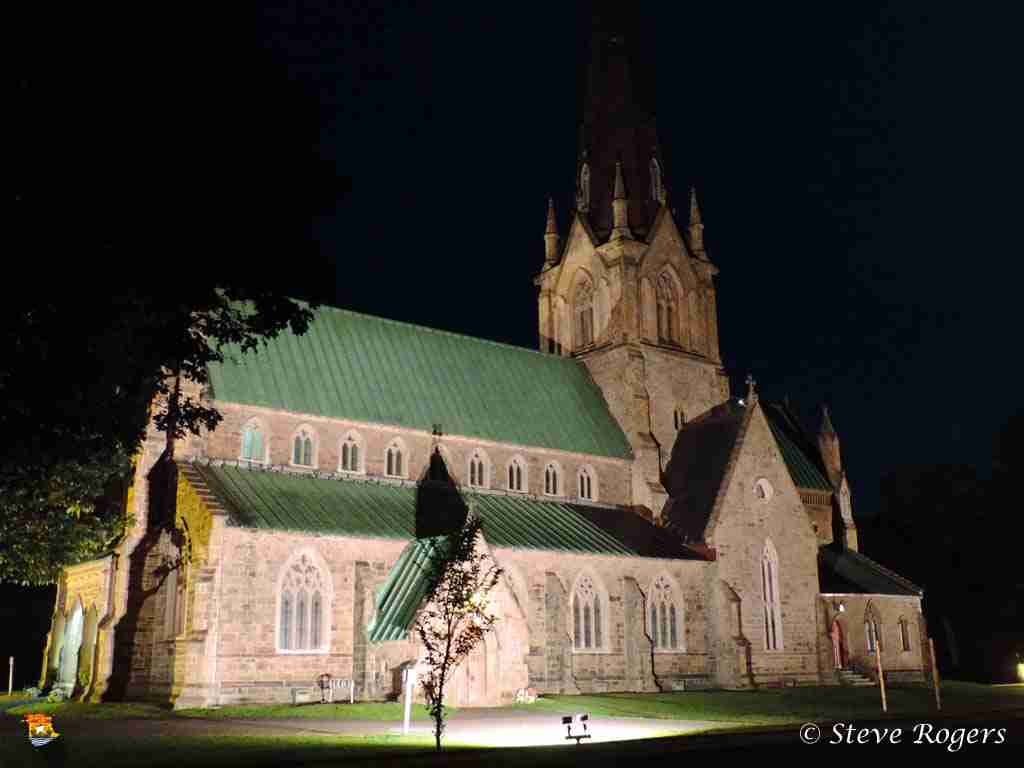 On July 3, 1911, lightning struck the Cathedral and the resulting fire gutted the spire and destroyed the choir when the bells melted and fell to earth.

It took over a year and $100,000 to rebuild the Cathedral, which was administered by New York City architect Cass Gilbert (of Woolworth Building fame). 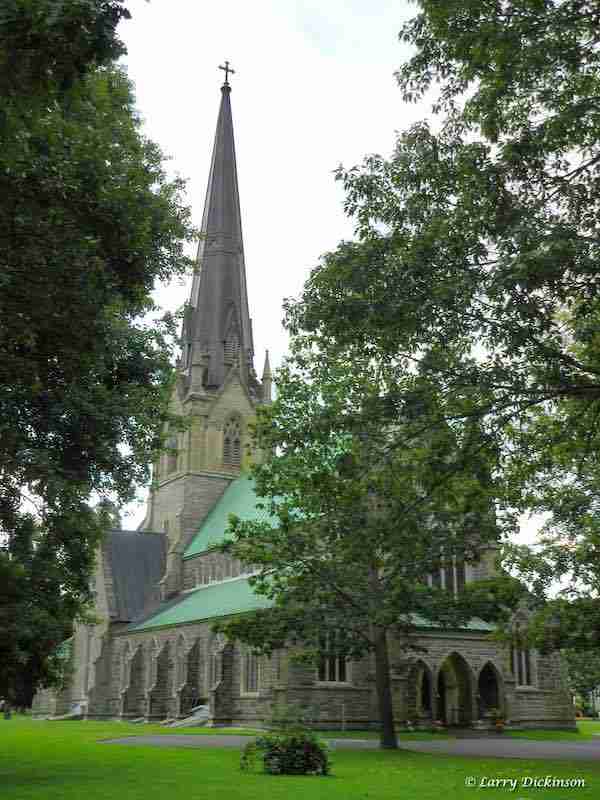 The tower of the Cathedral was the last major part to be constructed, original plans calling for twin towers, but soaring costs led to the choice of a single tower. The building was completed in 1853, and is universally regarded as the most important Gothic Revival building in North America. 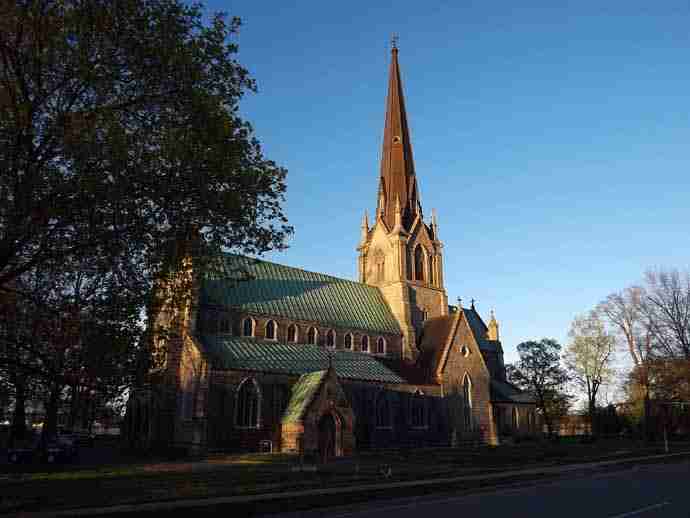 Christ Church Cathedral was declared a National Historic Site in 1983.