Bounded by Court, St-François, and Canada streets, City Hall Square Park is a civic park and outdoor entertainment venue located in Edmundston’s downtown core. This site, bordered by trees and shrubs, contains a commemorative plaque, a granite fountain, tiered seating and a pavillion displaying a replica of the tower from the former City Hall building.

Built by the city in 1994, Edmundston City Hall Square Park represents what was once a site of great activity in Edmundston and consisted of buildings, now gone, that contributed to the traffic of the site. Among the more important buildings formerly located on the site were the Royal Hotel, the Boucher funeral home and the home of the Hartt sisters.

Today, a commemorative plaque highlights the great activity that formerly existed at this site. Built in 1865 by Prudent Babin, The Royal Hotel, an impressive building at the time, had 4 storeys, 30 rooms, 3 sample rooms open to merchants, a barber shop, a reception hall, a dining room, and 3 salons.

The importance of this building is also reflected in notable events that it hosted. These events included the future Prime Minister, Sir Wilfred Laurier, when visiting the region in 1896, choosing to deliver a speech from the hotel’s balcony. Subsequently, the hotel went through several owners, the most important being Aurèle Boucher, the father of Gaspard Boucher. The Boucher family, particularly Gaspard Boucher, played a major role in Edmundston’s development. He was the manager of the Royal Hotel, an ardent supporter of the Acadians, the owner of the newspaper Le Madawaska, and an MLA, making him one of the most prominent men in the Madawaska region. The hotel was destroyed by the largest fire in the city’s history in 1989.

Finally, the home of the Hartt sisters was also formerly on the site of this square. The home housed the post office from 1878 to around 1922. The Hartt sisters were Edmundston’s first postmistresses. The house was replaced by a service station many years prior to the fire in 1989.

City Hall Square Park is recognized as well for its current role. It hosts many of the events held in downtown Edmundston during the summer. 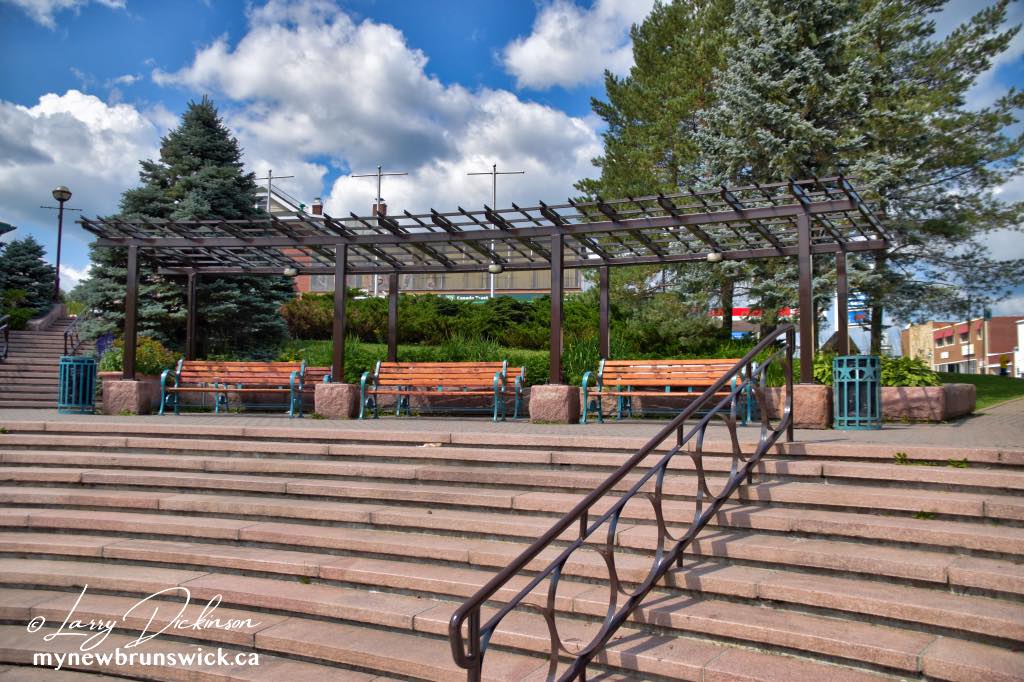 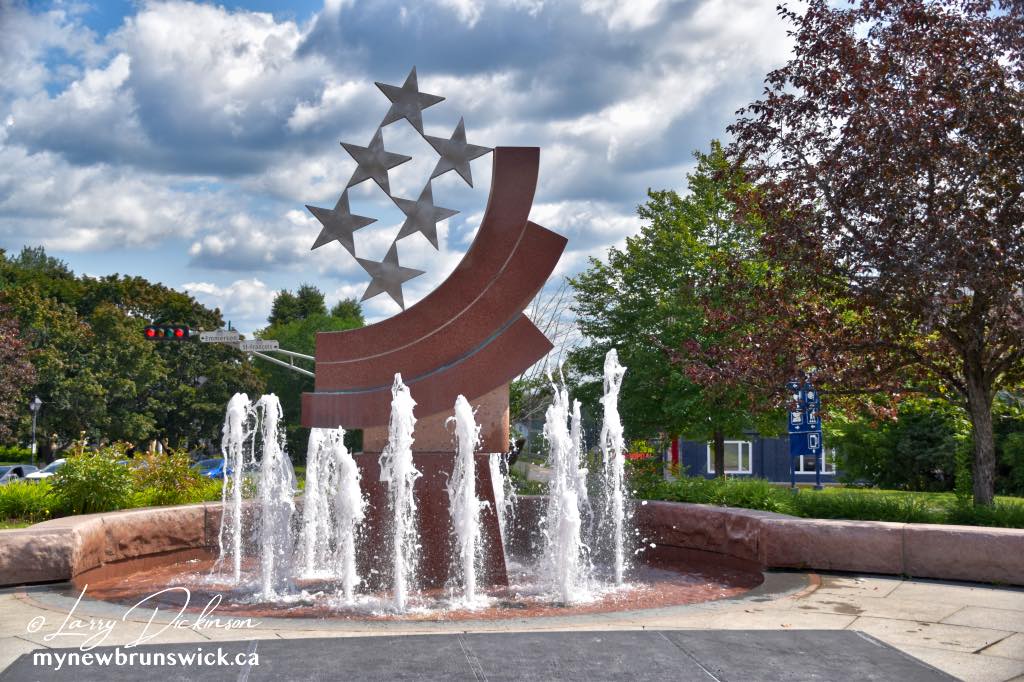 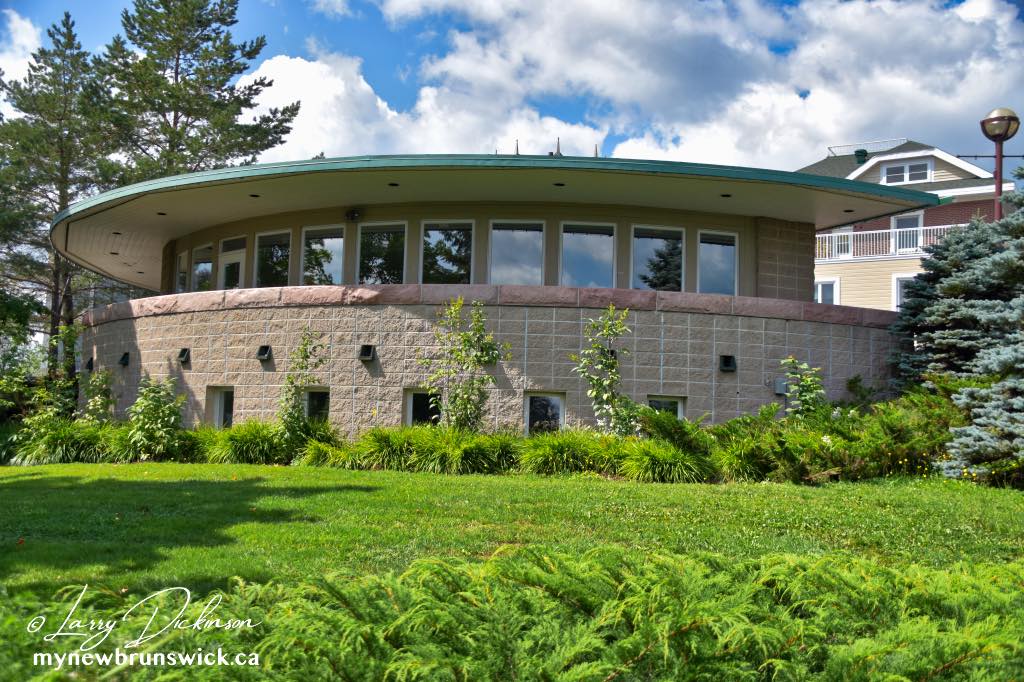 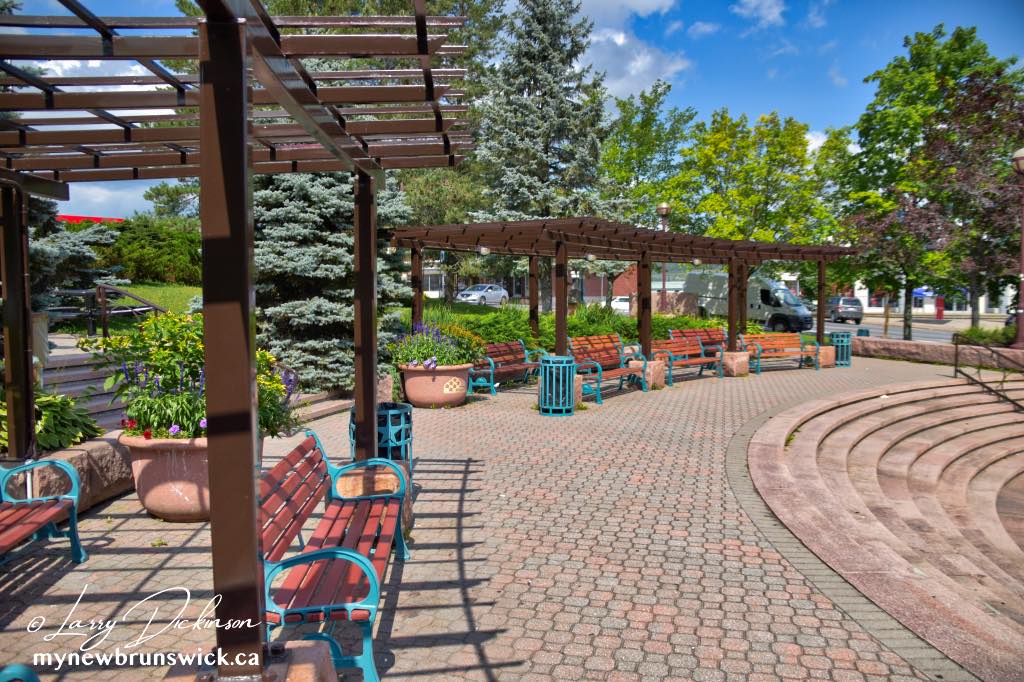 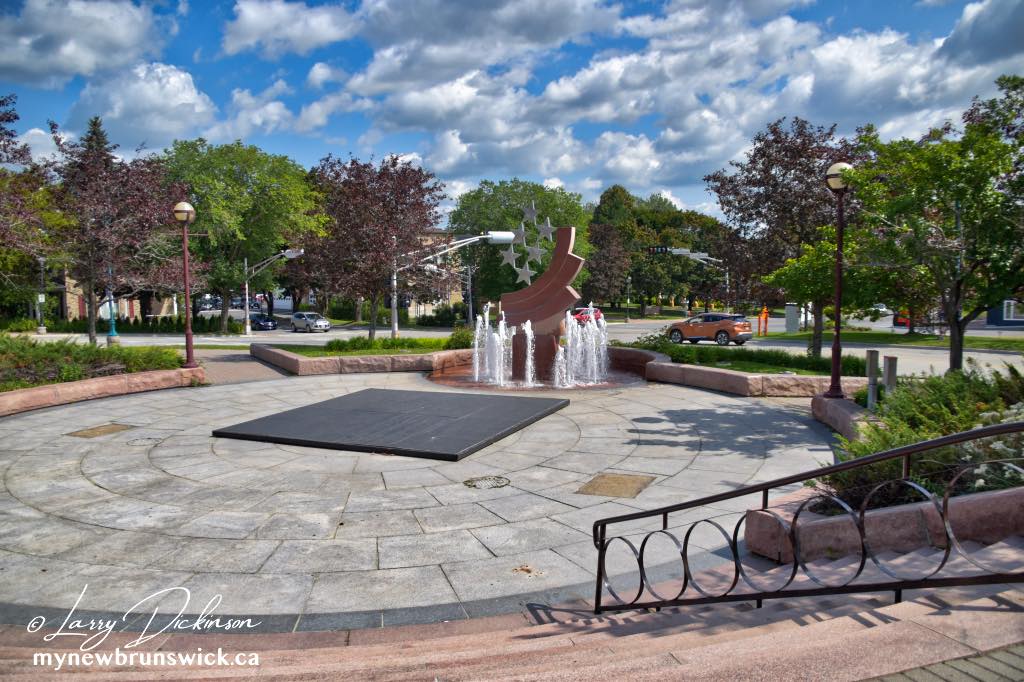