Codys is located t in Queens County on the banks of Washademoak Lake and was named after the United Empire Loyalist Cody Family.

Hiram Cody was born in Codys, named after the Loyalist family of which he was a direct descendent. The family arrived in the area around 1782.

The community has a rich treasure trove of historic landmarks. Hillcote, the Cody Family homestead is designated a Provincial Historic site in recognition of H. A. Cody’s status in New Brunswick as a renowned novelist, poet, biographer and clergyman. Hiram Cody’s novels and poetry were written and published between 1908 and 1937 during the infancy of Canadian publishing. His works were among the first mass produced Canadian books and were read widely throughout North America. His works popularized Canadian themes and content; several of his later works draw on his boyhood experiences in rural New Brunswick.

The community became a farming village and an important stop for the CPR.

The Women’s Institute Hall built in 1870 was originally as a fraternal lodge. This Gothic Revival structure is significant as a typical example of late 19th century community buildings located in villages throughout New Brunswick. Since 1927, the Women’s Institute has played an important role in the home and farm economy as well as in the social history of New Brunswick. 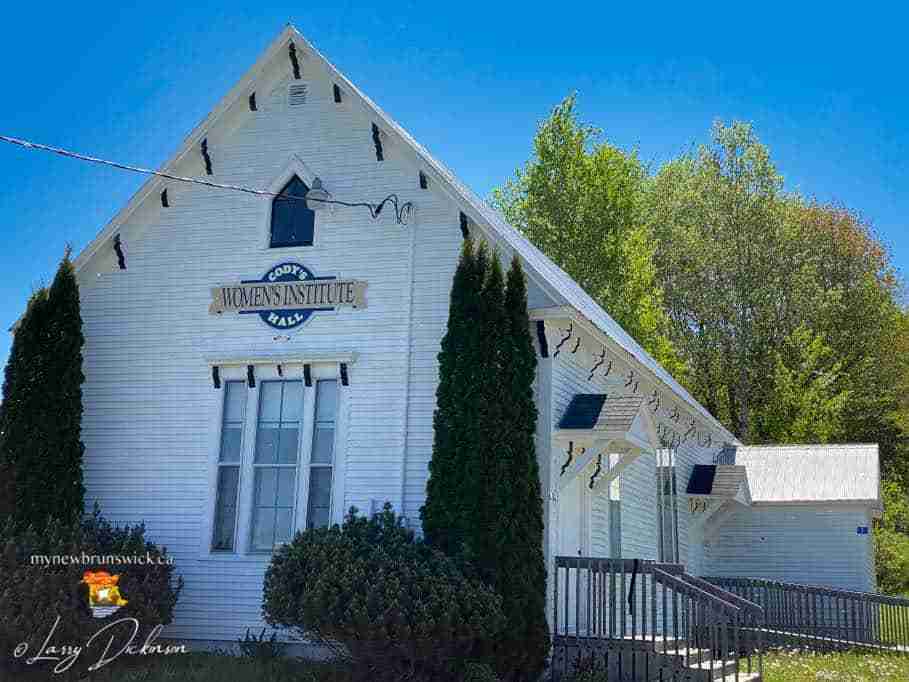 The Women’s Institute movement in Canada had a major influence on the life of the women in rural areas through educational programs and providing information to women about issues and events of concern to them and their communities.

The heritage house of Charles Doney built in 1858 is among the oldest houses.

The Baptist Church built in 1823 is among the oldest historic buildings in the community. It served the community well for 185 years. The church was a beacon of hope to the early settlers through fires, epidemics and other difficult and challenging times. Now an historic stop on the tourist trail.

Visitors will find delight in taking the time to wander through the Thistle Hill Gift Shop located at 1251 Salmon Creek Rd. Codys. It’s a beautiful year-round gift shop that features the work of many New Brunswick Crafters.

Browse through the information on Codys web blog and learn about, a progressive community steeped in tradition and history.

One thought on “Codys”