Molasses, or black treacle (British, for human consumption; known as molasses otherwise), is a viscous product resulting from refining sugarcane or sugar beets into sugar. Molasses varies by amount of sugar, method of extraction, and age of plant. Sugarcane molasses is primarily used for sweetening and flavouring foods in the United States, Canada, and elsewhere, while sugar beet molasses is foul-smelling and unpalatable, so it is mostly used as an animal feed additive in Europe and Russia, where it is chiefly produced. Molasses is a defining component of fine commercial brown sugar.

In 1879, at the tender age of 20, Lorenzo George Crosby opened a grocery business in the bustling port town of Yarmouth, Nova Scotia. An enterprising youth, Lorenzo quickly established himself as an entrepreneur in the import/export trade industry, transporting Maritime fish and lumber to the West Indies and returning with puncheons filled with that “liquid gold” known as fancy molasses. And so the Crosby’s Molasses Company was born. 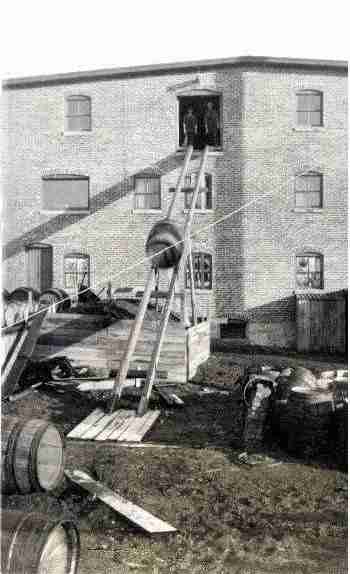 By 1911, Crosby’s had outgrown its place of business on Nelson Street and moved to Marsh Road – now known as Rothesay Avenue. 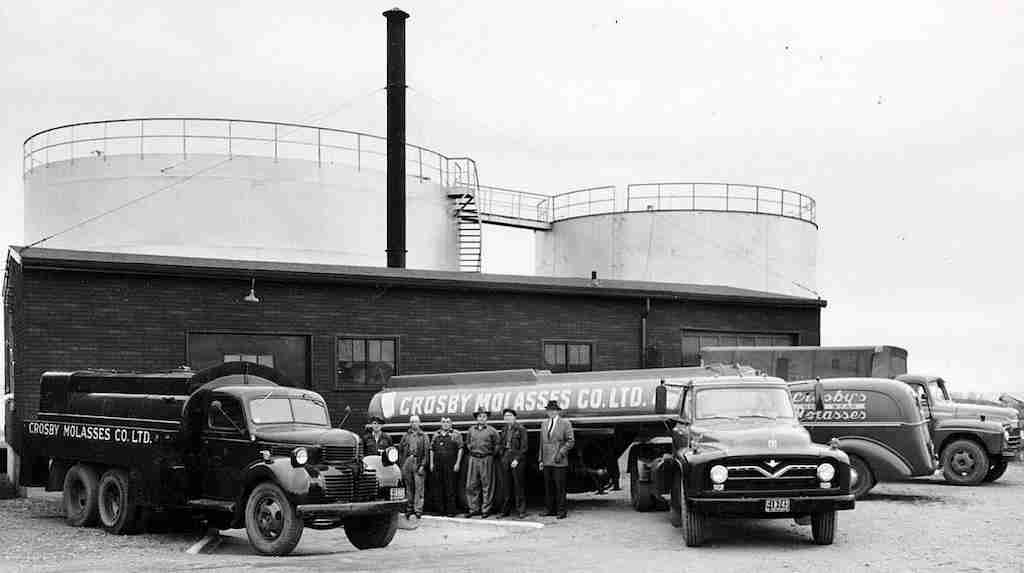 One thought on “Crosby’s Molasses”