Daniel Frederick Grant (born February 21, 1945) was a left winger who played in the National Hockey League for parts of fourteen seasons, most notably for the Minnesota North Stars.

Grant was born in Fredericton. After a fine junior career with the Peterborough Petes and a season and a half in the minor leagues with the Houston Apollos, Grant made the NHL with the Montreal Canadiens in 1967–68, playing 22 regular season games and 10 playoff games. Grant helped Montreal win the Stanley Cup in 1968. 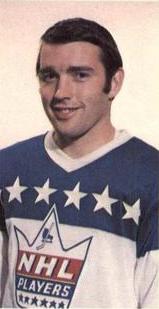 After appearing in 22 games with the Canadiens in 1967-68, Grant was dealt to the Minnesota North Stars, a trade that offered the Fredericton native less pressure and more playing time. The change in address proved to be the perfect tonic for Grant, who adapted to his new environment with ease.

By the end of his first full NHL season, Grant set rookie scoring records for the time, firing home 34 goals and finishing the year with 64 points. To the surprise of no one, he was rewarded with the Calder Memorial Trophy as the league’s top rookie.

He was then acquired by the Minnesota North Stars, and in his 1968–69 rookie season with the club won the NHL’s Calder Memorial Trophy as the league’s most outstanding rookie player, thus becoming one of only four players who won the Stanley Cup the season before winning the Calder Trophy. He would remain a star for Minnesota for six seasons, scoring nearly thirty goals a season during his tenure.

Despite this, Grant was traded during the 1974–75 season in a surprising deal for defensive forward Henry Boucha (whose attraction to the franchise may have been that he was a Minnesota native), and the trade backfired badly: Grant had his best season that season, scoring 50 goals for the Detroit Red Wings while on a line with superstar centre Marcel Dionne, and becoming only the 12th player in NHL history to accomplish that feat. 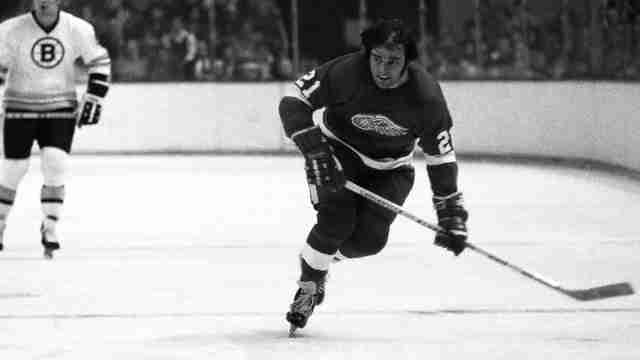 However, Grant was plagued by injuries from that point on, and only played partial seasons at best thereafter. He retired after the 1978–79 season to coach a Tier II junior team.

In his career, Grant notched 263 goals and 535 points while playing for the Montreal Canadiens, Minnesota North Stars, Detroit Red Wings and the Los Angeles Kings, and played in three All-Star Games (1969, 1970, 1971).

In 1985, he was inducted into the New Brunswick Sports Hall of Fame. 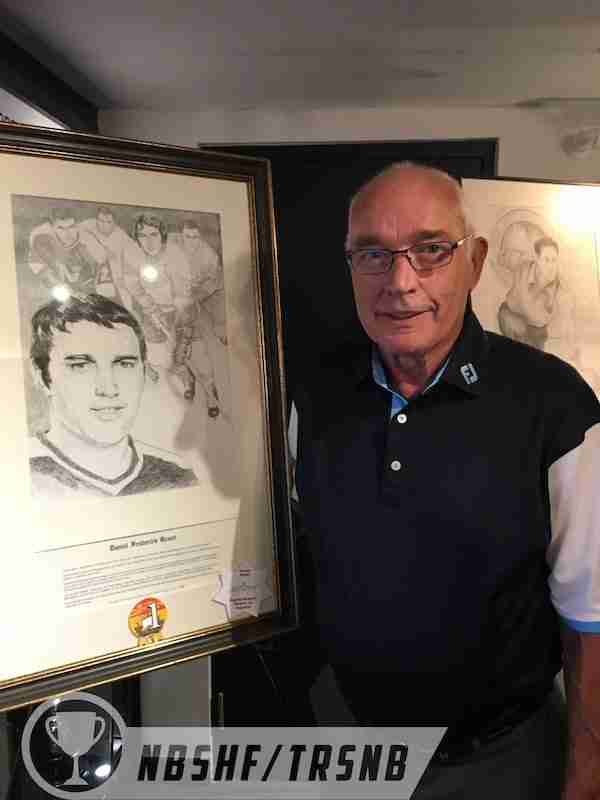 Grant went on to coach the University of New Brunswick hockey team in 1995 and 1996, and the Halifax Mooseheads Quebec league junior team in 1998.

The Grant-Harvey Centre in Fredericton honours two of the city’s hockey heroes – Danny Grant and the late Buster Harvey. The centre features two ice surfaces, with the main surface featuring an NHL-sized ice pad and seating for 1500 people, while the second ice pad is an Olympic sized ice surface with seating for 250. The centre also has a walking track constructed on the upper level of the main surface area.

Danny Grant passed away on Monday, October 14, 2019 at the Dr. Everett Chalmers Hospital after a short battle with cancer.

One thought on “Danny Grant”