David Adams Richards was the third of six children born to Margaret Adams and Bill Richards, who ran a movie theatre business in Newcastle. Until the third grade, David Adams Richards attended St. Mary’s Academy, a Catholic primary school. He completed the rest of his primary, middle and high school education at Harkins Academy, a public school in Newcastle, graduating in 1969. He briefly worked at Heath Steele Mines before moving to Fredericton in the fall of 1969 to attend St. Thomas University, where he studied philosophy and literature.

In 1971, Richards married Peggy McIntyre, whom he had met four years previously. It was also during this time that Richards began to frequent literary meetings of the “Ice House Gang,” a group of writers who met weekly on the campus of the University of New Brunswick, at McCord Hall, a building once used to store ice. Many writers in the “Ice House Gang” would go on to have a lasting influence on Richards’ career, as did the late poet Alden Nowlan, who coined the group’s name.

Richards’ first publications were poems, collected in the privately printed “One Step Inside” (1972) and the chapbook “Small Heroics” (1972). His first novel, “The Coming of Winter” (1974), introduces his Miramichi “homeground.” The sparse naturalism of the prose and plot were critically praised, and the first few chapters won the Norma Epstein Award for Creative Writing before the book was even published. Encouraged by this early success, Richards dropped out of St. Thomas University just shy of graduating to fully commit himself to writing. (In 2008, he received an undergraduate degree from the school, which cited his novels as academic credit.) 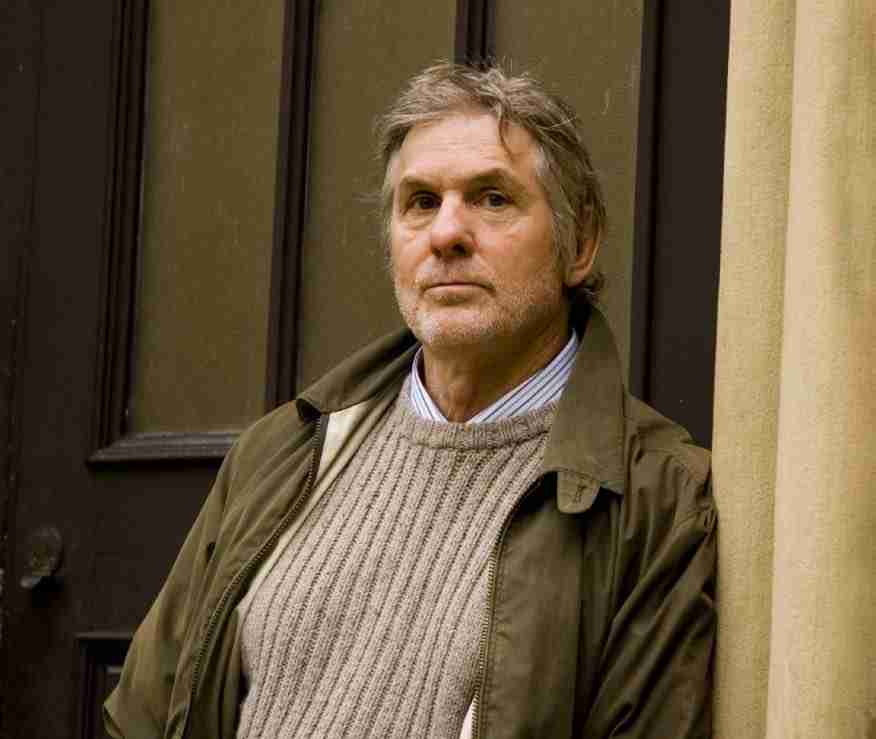 Richards’ second novel, “Blood Ties” (1976), focuses on the MacDurmot family, detailing approximately two years of their challenging lives during the late 1960s. “Dancers at Night” (1978), a collection of short stories, was published while Richards was at work on his third novel,” Lives of Short Duration” (1981). This novel is arguably Richards’ richest and most technically complex, refracting aspects of Miramichi history from about 1825 to 1980 through at least five generations of the Terri family. Their relationships are rarely smooth and the characters waver between personal heights and depths — financial and emotional — at a sometimes staggering pace.

“Road to the Stilt House” (1985) is Richards’ shortest and perhaps most pessimistic work. The poverty, violence and bleakness are barely offset by subtle evocations of the human ability to rise above even the worst circumstances through spontaneous generosity. 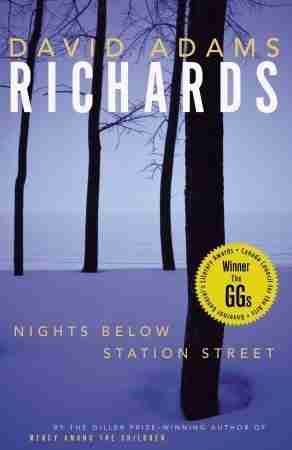 Richards followed “Road to the Stilt House” with a trilogy of critically acclaimed novels: “Nights Below Station Street” (1988), which won the Governor General’s Literary Award; “Evening Snow Will Bring Such Peace” (1990); and “For Those Who Hunt the Wounded Down” (1993). This trilogy, connected primarily through setting and recurring characters, focuses on the many ways people evaluate and judge each other. Richards’ protagonists struggle against deterministic pessimism in a community with a long memory for old mistakes. Characters such as Joe Walsh, Ivan Basterache and Jerry Bines try to escape the grip of alcohol and drug abuse, criminal pasts and society’s frequent willingness to think the worst of people. Though complete escape is usually impossible, moments of redemption are achieved.

“Hope in the Desperate Hour” (1996) demonstrates how any presumption to superiority — intellectual, moral or otherwise — on the part of those with higher formal education is at best misguided and at worst dangerous. “The Bay of Love and Sorrows” (1998) explores love, betrayal, murder, conscience and redemption. 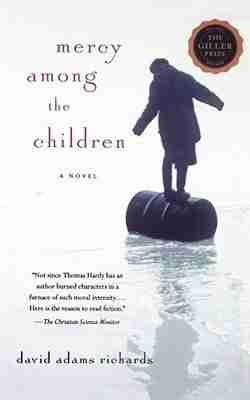 “Mercy Among the Children” (2000), co-winner of the Giller Prize with Michael Ondaatje’s “Anil’s Ghost”, tells the story of Sydney Henderson’s unshakable certainty in his own integrity, despite jealous rejection and hostility from his community, as recalled by his long-suffering son, “Lyle. River of the Brokenhearted” (2003) spans the 20th century and explores aspects of Richards’ own family history, the popularity of cinema and the occasionally extreme, unforeseeable consequences of decisions and actions thought at first to be final. Initial alliances and antagonisms formed in the community by protagonist Janie King in the early decades of the century continue to affect the social standing of her grandchildren long after her death. 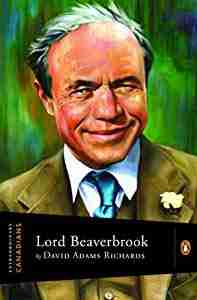 In 2008, Richards published “Lord Beaverbrook”, a short biography of Sir William Maxwell Aitken, the Canadian business mogul, for Penguin’s Extraordinary Canadians Series. His next book was also a work of non-fiction, “God Is.: My Search for Faith in a Secular World” (2009). Part memoir, part essay, it explores the role faith has played in Richards’ life, documenting his struggles with alcohol and the lasting and complex impact of his Catholic upbringing. “God Is.” also serves as a rebuttal to mainstream atheists, such as Richard Dawkins and the late Christopher Hitchens, who Richards believes crudely argue against the existence of any form of God. In the introduction to “God Is.”, Richards writes that his book “simply states God is present, and always was and will be whether we say we have faith or not, whether we observe His presence or scorn His presence.”

Richards returned to fiction with Crimes Against My Brother (2014), a novel set in the familiar territory of working-class rural New Brunswick, charting the rise and fall of three cousins. His next novel, Principles to Live By (2016), tells the story of John Delano, a middle-aged RCMP officer tormented by personal tragedy, namely the disappearance of his young son and ongoing PTSD from a UN peacekeeping mission in Rwanda. In the National Post, Philip Marchand praised the novel for its “bracing and fearless facing of the reader, eyeball to eyeball.”

Often considered a “regional” writer, Richards resists that label, calling his passionate and generous work “a great defence of the people I grew up with.” Through the characters of his fictionalized Miramichi, David Adams Richards explores conflicts between families with long community histories, the long-term consequences of errors in judgment, the complexity of making moral choices, and humanity’s unfortunate willingness to remember faults sooner than virtues.

While some have labelled Richards’ fiction fatalistic, others have argued that it contains greater elements of hope and transcendence. Richards portrays difficulty with great intensity, and conveys tremendous faith in human generosity and spontaneity. He challenges readers to confront their own perceptions and prejudices. His fiction is often uncomfortable, but never unrewarding.

Athabasca University’s Vivian Zenari has noted that Richards’ main literary influences, “Leo Tolstoy, Thomas Hardy, Charles Dickens and Fyodor Dostoyevsky… demonstrate themselves in his books’ realism, strong sense of place, and interest in family histories.… Although Richards sets his work in the same small geographic space, his work examines many of the themes, large or small, that contribute to the larger dialogue about what it means to be Canadian.… In fact, by insisting on the physical and psychological details of ordinary life, his writing makes the argument that all larger economic and political questions, in all parts of the world, inevitably play out in the smaller moral and social questions that every community struggles to answer.”

Richards has also worked as a screenwriter. His works include the original screenplay “Small Gifts” (1994) and screen adaptations of “For Those Who Hunt the Wounded Down” (1996) and “Nights Below Station Street” (1997). 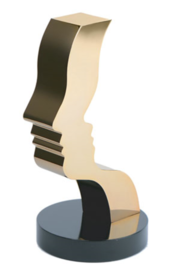 On 30 August 2017, Prime Minister Justin Trudeau named David Adams Richards to the Senate as a representative of the province of New Brunswick. “His dedication to the arts, his love of place and country will be an extraordinary asset to the independent thinkers in the Senate,” the Prime Minister said in a press conference following the appointment. 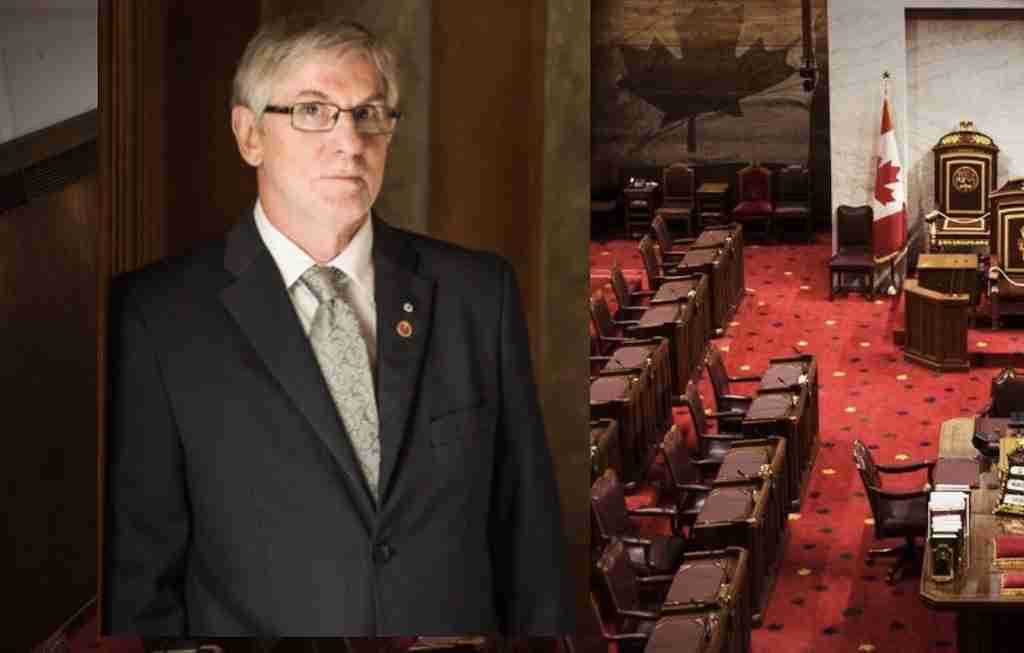 Richards, who said that friends had encouraged him to apply for the position, was surprised and honoured to have been chosen. “Hopefully I can be a voice for some of the things that are happening in New Brunswick,” he said in an interview. “I’ve always done that in my work.” On another occasion, Richards remarked that, I have always written about the underdog, not because it’s cool to write about them, but because I’ve known so many.”

Richards is one of the few Canadian writers to be awarded a Governor General’s Literary Award in both the fiction and non-fiction categories: in 1988 he won for his novel “Nights Below Station Street”,and in 1998 he won the non-fiction prize for “Lines on the Water: A Fisherman’s Life on the Miramichi”. In 1992, he received the Canada-Australia Literary Prize in recognition of his body of work.He was made a Member of the Order of New Brunswick in 2005 and the Order of Canada in 2009.

He was also artist-in-residence at St. Thomas University for two years beginning in January 2011. Although he dropped out of St. Thomas in 1973, he received an undergraduate degree from the school in 2008 (his novels were counted as academic credit). St. Thomas University and the Writers’ Federation of New Brunswick both bestow annual writing awards in Richards’ honour.