The Dorchester Pioneer Cemetery is at the base of the hill on which the Dorchester Penitentiary now sits. There is only a small collection of tombstones there, and, though the cemetery is named for the early settlers of Dorchester, most of the tombstones are modern.

A plaque commemorates the early Methodist settlers of the area who eventually founded the United Church just up the road from the cemetery.

The cemetery had literally fallen down over the centuries. Parts of it were broken, some were gone. But then months of restoration began in 2001.

In 2001, 70 inmates at Westmorland Institution decided that in restoring the cemetery, they would be giving back to a community, maybe not the one they came from, but giving back nonetheless. It was to be part of a restorative justice program at the institution. Some stones were covered in lichen and moss, others had fallen over. You couldn’t read the lettering. Some had just disappeared into the ground.

Over the spring and summer of 2001, seventy inmates worked. First they set up a planning committee, mapped out the cemetery, and catalogued and numbered every stone, then decided on which sections to begin. 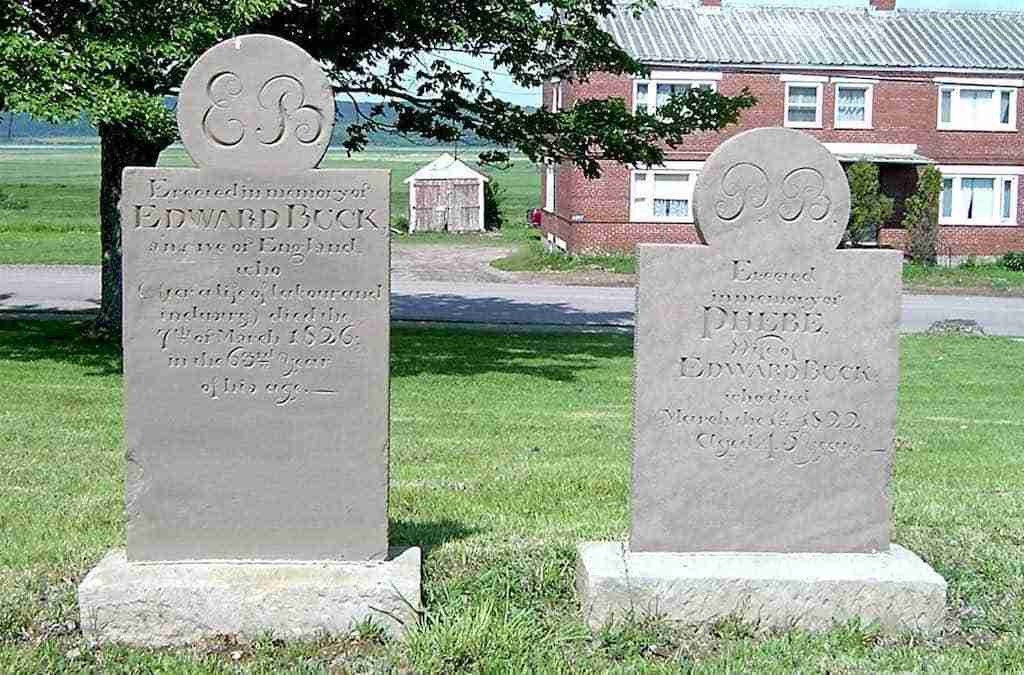 The inmates used an acid wash, cleaned the stones with wire brushes and steam, used dental picks on the lettering, and finally coated them with a clear epoxy as a preservative. In many cases, steel rods were drilled through the stones to hold them together, while in other cases the bases had to be completely redone so they could stand upright once again.

Five inmates worked full time during the day while the rest worked evenings and weekends – more than 2000 hours over a six-month period.

In the fall of 2001, the village of Dorchester honoured the inmates in Westmorland’s gym. The Historical Society gave each inmate a Heritage Circle Award and the inmates, in return, gave them a compact disc and a book outlining the whole project.

Since then, inmates have done other projects in the village such as the restoration of St. James Church and turning it into a textile museum.