The Bald Eagles are back in Fredericton starting a new family. The bald eagle is the only eagle unique to North America. Its distinctive brown body and white head and tail make it easy to identify even from a distance. When flying, the bald eagle very rarely flaps its wings but soars instead, holding its wings almost completely flat. Its hooked bill, legs and feet are yellow. 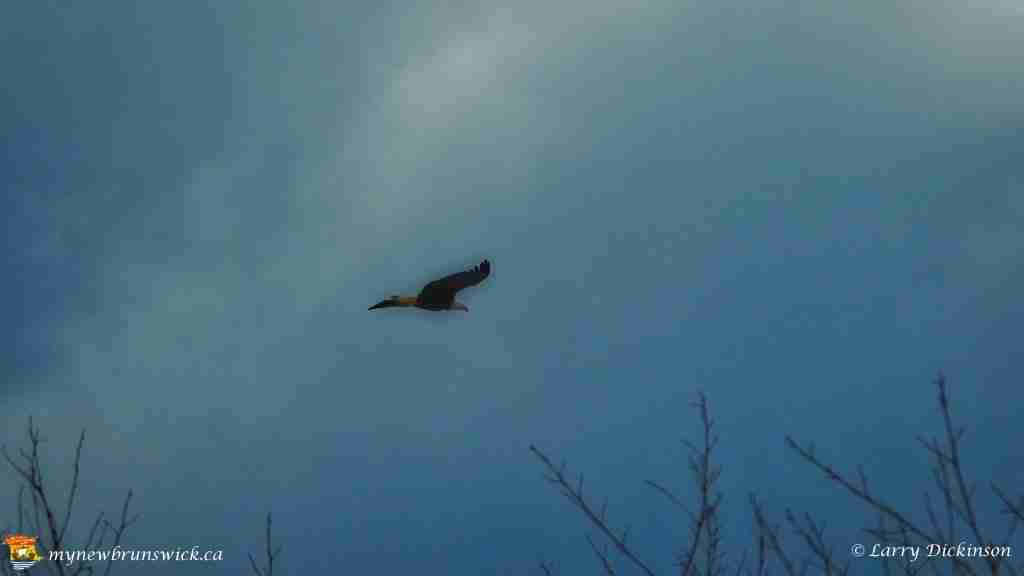 Eagles primarily eat fish, carrion, smaller birds and rodents. Eagles are also known to prey on large birds and large fish. There are a total of about 70,000 bald eagles in the whole of North America (Including Alaska and Canada).

Bald eagles live near bodies of water in Canada and Alaska, and in scattered locations all throughout the lower 48 states and Mexico. 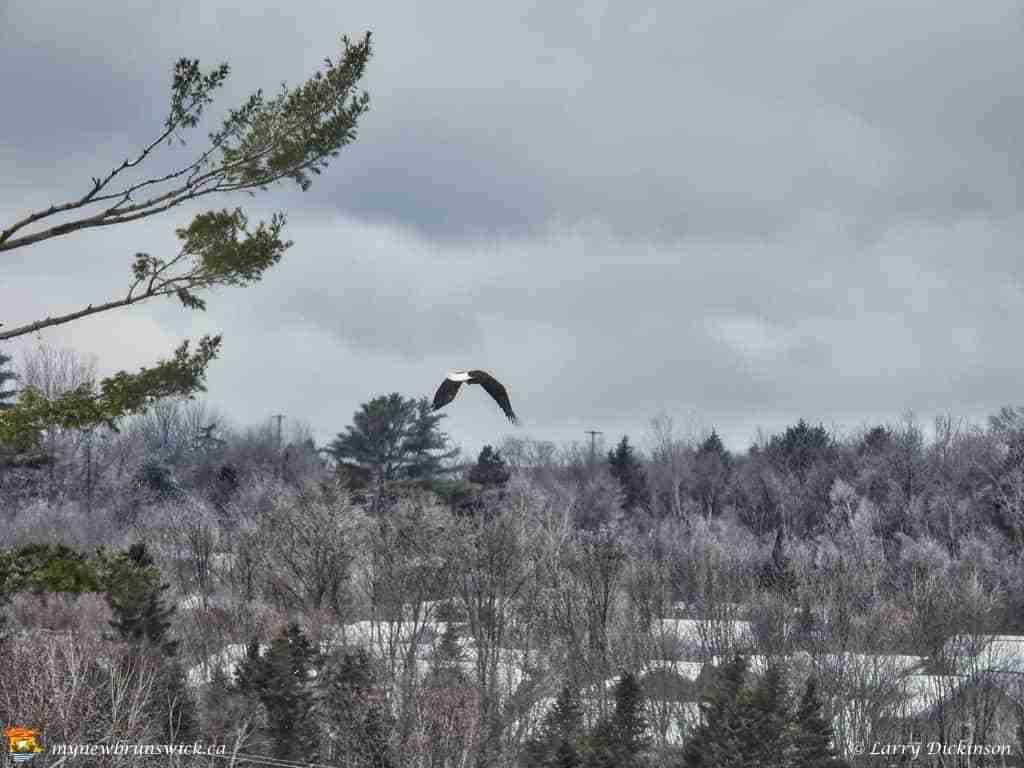 The bald eagle is not picky about how it gets its food. It will eat carrion, steal fish from other birds or hunt for its own. Their most important non-carrion food is fish, which they catch by swooping down and grabbing fish that are near the surface of the lake or stream.

Bald eagles make a high-pitched squeaking sound. Other interesting behaviors include “talon clasping” or “cartwheel display”, where two eagles clasp each other’s talons in mid air and spin down, letting go only when they’ve almost reached the ground. This is may be a courtship ritual as well as a territorial battle.

During breeding season, the male and female work together to build a nest of sticks, usually located at the top of a tree. The nests can weigh up to a ton and measure up to 8 feet across. Once paired, bald eagles remain with each other until one mate dies, then the surviving bird will find another mate. 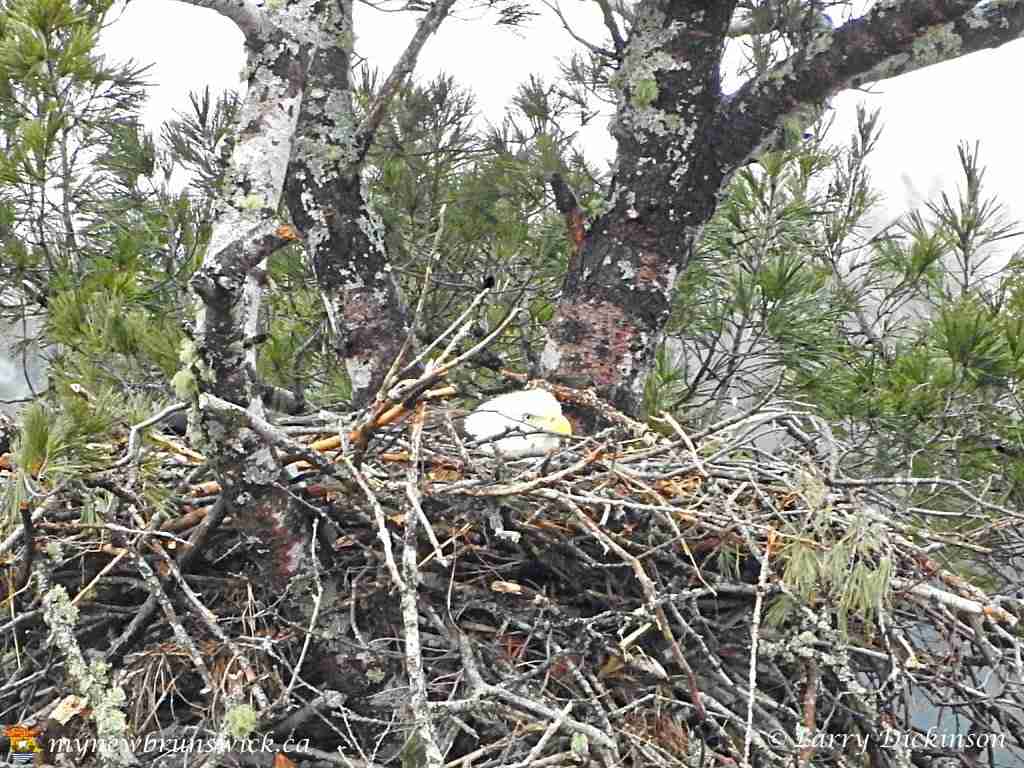 Mating season: Anywhere from late September to early April, depending on the region.
Gestation: The female lays her first egg 5-10 days after mating. The eggs are incubated for about 35 days.
Clutch size: 1-3 eggs.

Click on a thumbnail to see more photos of the eagles. We’ll keep adding new photos over the spring and summer as the family grows. Stay tuned.