We recently came across some old family photos of the Fraser Mill. This got us interested in the early lumber mills in the Fredericton area. So we did some research and found some interesting facts. Some photos are from the Provincial Archives of NB.

Donald Fraser, Scotch immigrant, came to New Brunswick in 1873. In 1877, he bought a little sawmill at River de Chute along the St. John River. In 1882, he formed the Donald Fraser & Sons Company with his sons Archibald and Donald Jr.

In 1894, Fraser and Sons had built a large sawmill at Fredericton called the Aberdeen Mill. 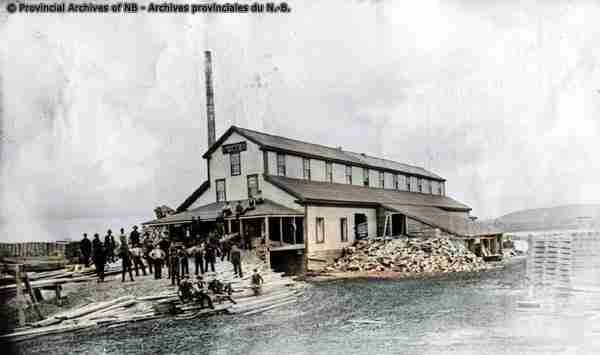 This mill burned in 1905 and was never rebuilt. It stood on the land currently occupied by the Delta Hotel in Fredericton. The exact cause was unknown, but was suspected to have started among fine shavings that were hot from friction. The fire grew to intensity very quickly. The men working in the mill barely escaped with their lives, leaving coats and other personal belongings behind. There was no water main on Woodstock Road at the time and there was little that could be done. Mr. Hawthorne and Mr. Todd (of the former Alexandra Steam Engine Company) went to Morrison’s mill and got the old Alexandra Steam Engine, where it was serving after being retired from service by the city. It was fired up down by the shore of the river and performed admirably. After the fire, there was much public debate about the lack of fire protection on the Woodstock Road. Mr. Fraser stated to City Council that he would rebuild, but only if water mains were extended to the site. The mill was never rebuilt. 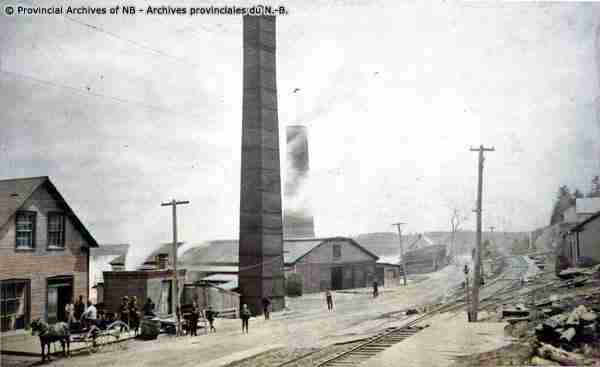 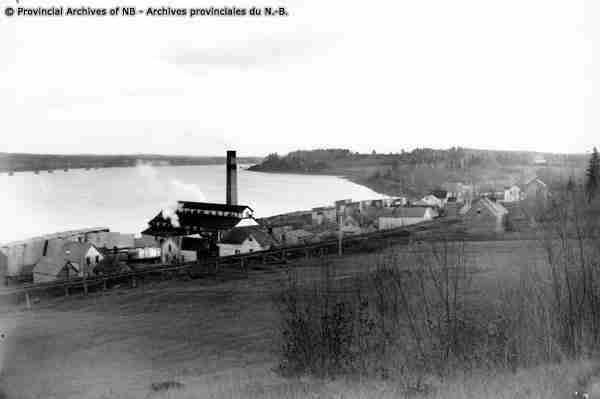 Frasers purchased Victoria Mills from the Scott Lumber Company in 1912. Then in 1916 they acquired the Phoenix Shingle Mill (formerly the John A. Morrison property) from James Murchie’s Sons Company.

From 1912 through World War Two, the Victoria Mill was the largest scale lumber mill on the Saint John River. 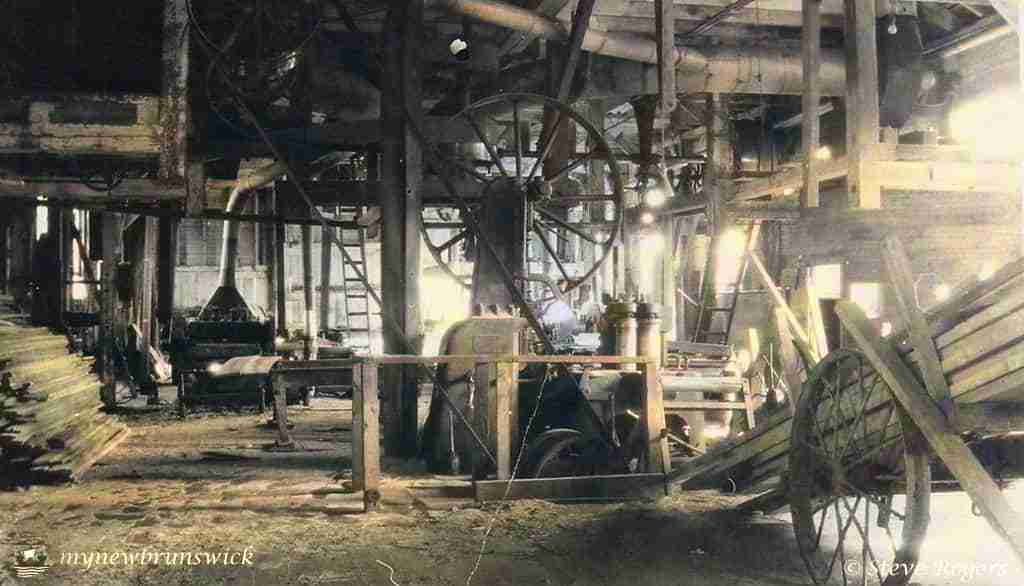 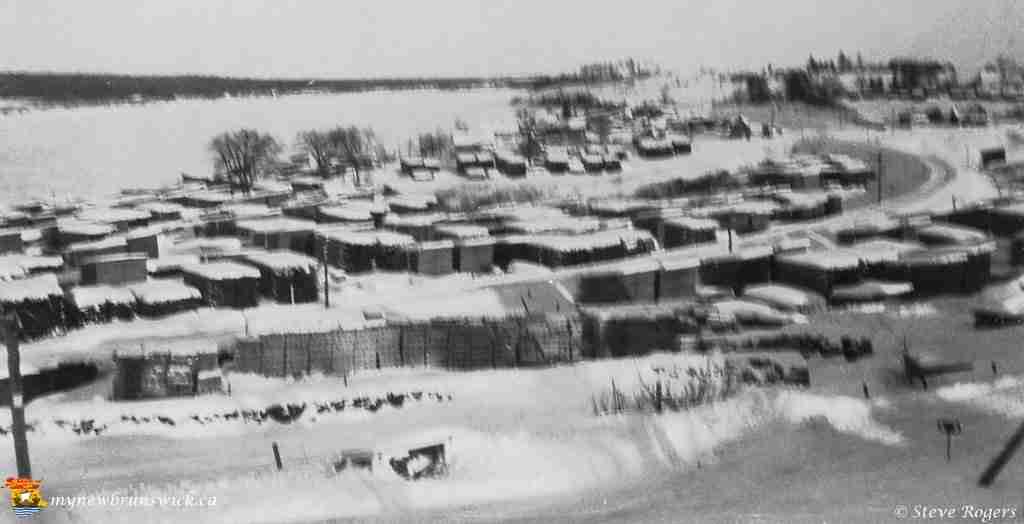 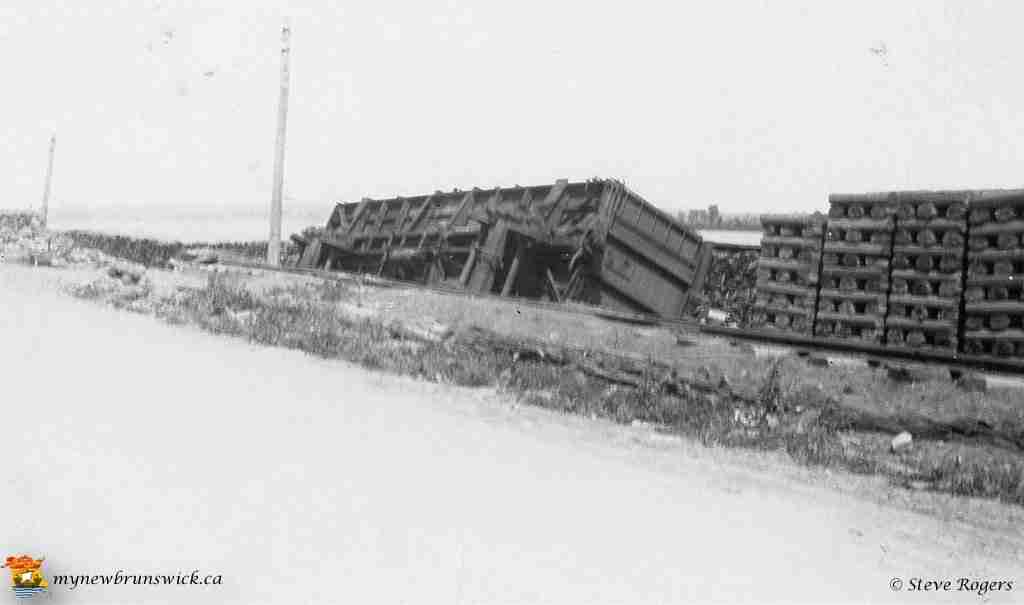 Donald Fraser died in 1916, at the age of 74, leaving an expansive legacy of 12 operating mills in New Brunswick and Quebec with vast timber holdings and leases. Fraser Lumber Company had become the largest lumber company in the Maritimes and one of the largest in Canada employing several thousand people.

From 1917 to 1940 the company continued, under the leadership of Archibald Fraser, Donald’s younger son, to build and buy new holdings. The lumber company spawned Fraser Paper as a subsidiary. There were several ups and downs culminating in the Great Depression. Both sons of Donald Sr. who were born in the Scotch Colony, were involved in the necessary restructuring of the companies but Archibald died in 1932 and Donald Jr. in 1940, eight years later. The Fraser name continued on with new leadership and into a whole new era.

Dick Estey’s Saw Mill was located on the Fredericton waterfront a little more than half way up the block from Westmorland to Northumberland Streets. Carleton Street Bridge in background. PANB P5-5