The Edgecombe Building is located at the northeast corner of York and King Streets in Fredericton. It is part of the 1877 Edgecombe’s Block building at 98 York Street. Earlier Edgecombe buildings on this site were destroyed by fire in 1861 and 1871, but the Edgecombe Carriage Factory, manufacturers of carriages, sleighs, wagons, and hearses just kept going. 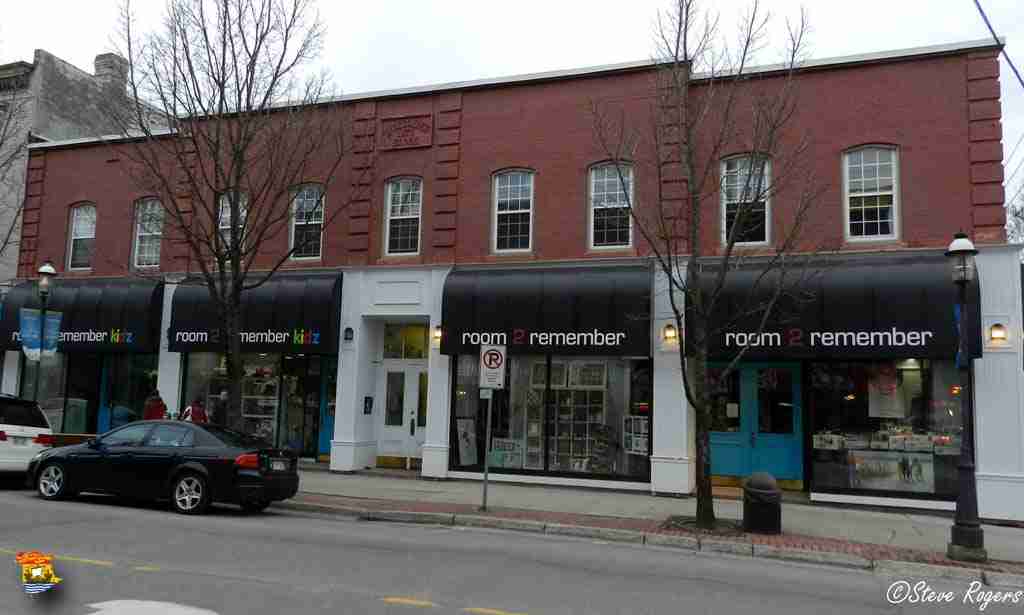 An early-established wagon and carriage works was founded about 1840 by John Edgecombe and Joseph Stentiford. Later to be known as Edgecombe & Sons Carriage Factory, it came to be, by the late 1870s, the second largest works of its kind in Canada, and employed more than fifty men. The Edgecombe factory was (and still is) on the north east corner of York Street at King in Fredericton.

In 1884, the factory was finishing thirty carriages a week, and the following year shipped 115 high wagons and carriages by steamboat in the first five or six weeks after the river opened.  In 1883, the Edgecombe factory won first prize at the Dominion Exhibition “for fine and durable workmanship.”  In July, 1886 the factory was gutted by fire, but was rebuilt.

In 1963, fire destroyed the third and fourth floors of the original building. 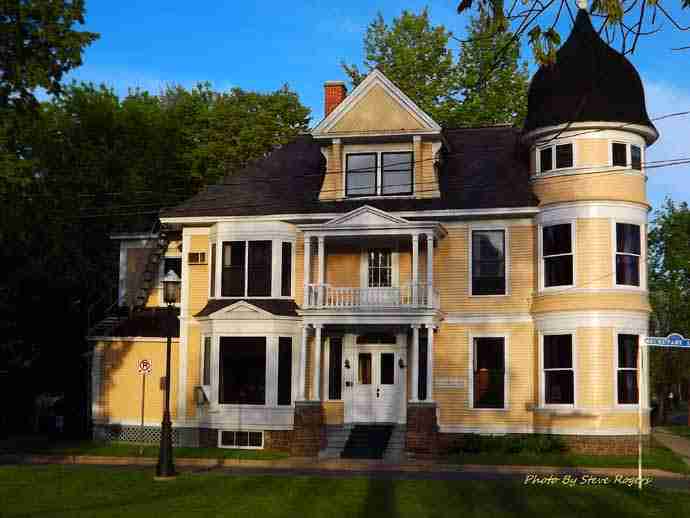 Patriarch John Edgecombe was an English immigrant, who, with his two consecutive wives, had two daughters and nine sons, all living in the Edgecombe Homestead at 78 York Street adjacent to the business. Edgecombe & Sons became one of the largest and oldest factories in Canada and, by 1883, the Company was being awarded many first prizes at the Dominion Exhibition. As great wealth and real estate were acquired, the family remained true to the Methodist Church teachings and gave back to the Fredericton community, especially when the YMCA and the Halifax Explosion Relief Committee were allowed to use their building free of charge.

Unfortunately, the father left no will and, as a result, following his death, the siblings became estranged as they tried to settle the vast estate in the courts. 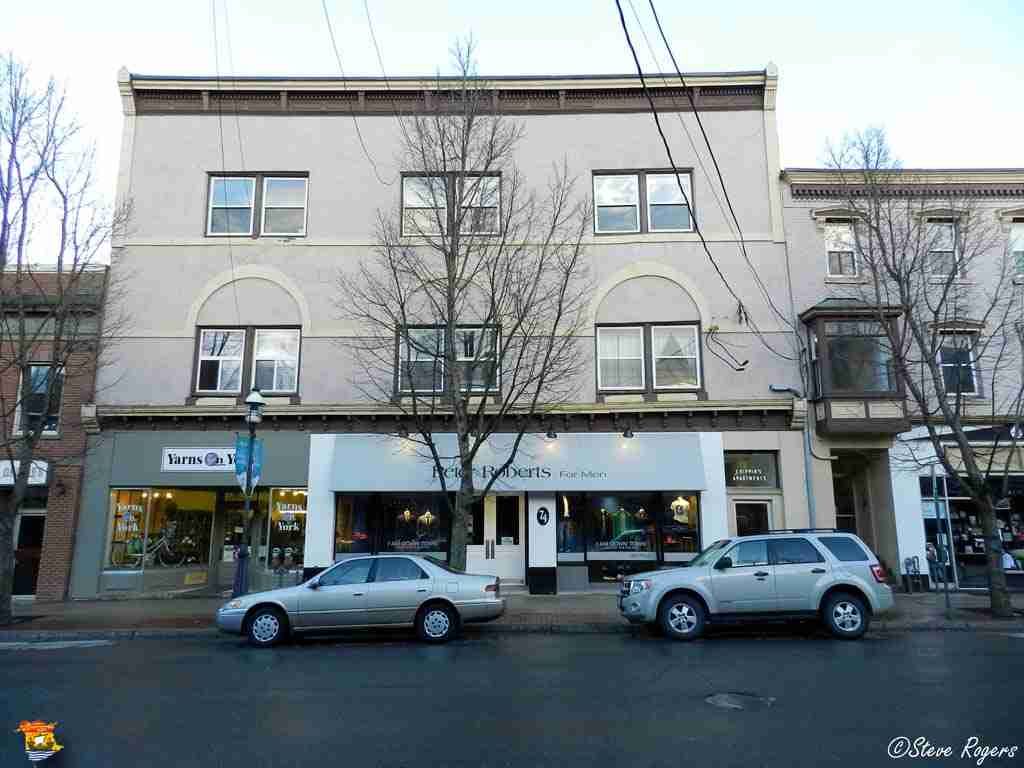 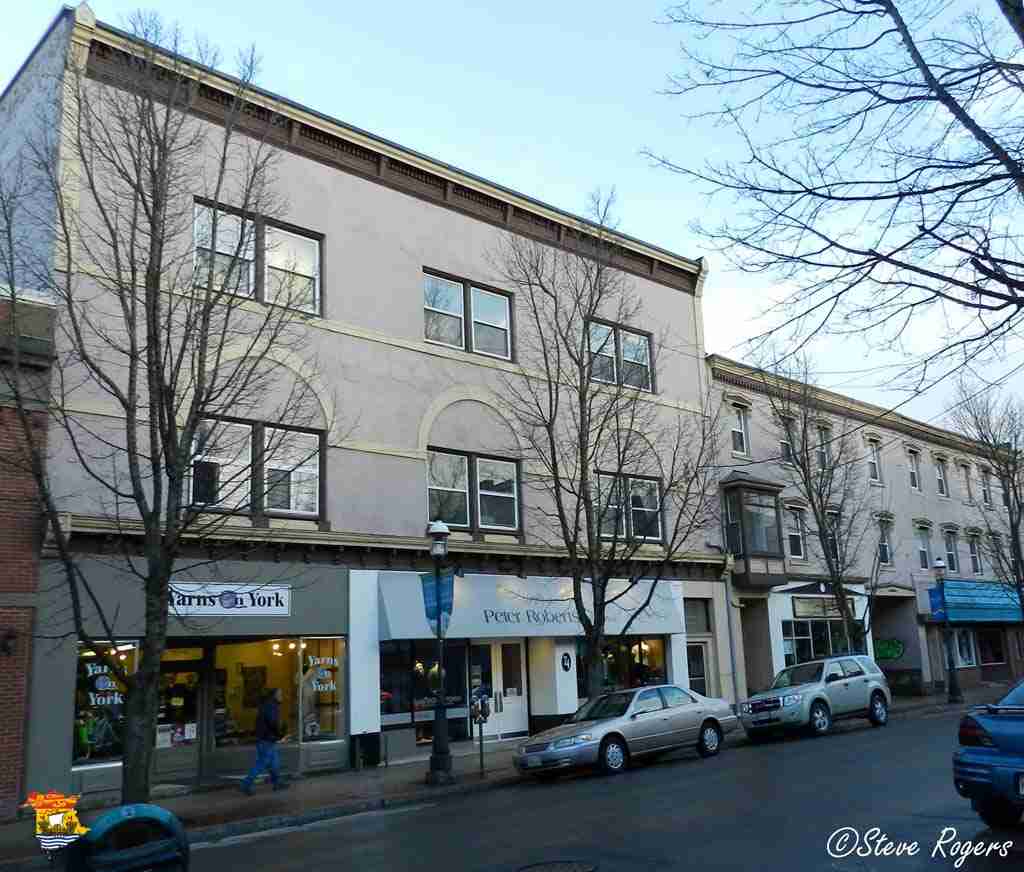 The Edgecombe Block has many businesses today, with offices and apartments above, much as it did in the 1800’s. A Temperance Hall, with a distinctive mansard roof, and windows with round tops, operated in the middle of the block, at what is now 74 York Street. Retail shops were on the ground floor, and the Temperance members worked above to help people resist drinking alcohol.