She began singing in cafés in Moncton while studying. Between 1962 and 1967 she performed mainly at festivals and on Halifax TV, singing Acadian folksongs to her own guitar accompaniment.

Edith Butler took the leading role in the film “Les Acadiens de la dispersion“, produced by the National Film Board of Canada in 1964.

After teaching 1964-6 in Bathurst, she did ethnographic research 1966-9 at Laval University and continued to perform in boîtes à chansons in the Quebec City area.

At Expo 70 in Osaka, Japan, she was a featured performer at the Canadian Pavilion for six months. That same year she took part in the Mariposa Folk Festival and other festivals in Toronto and Washington. She toured Ireland in 1971 and Europe in 1973. 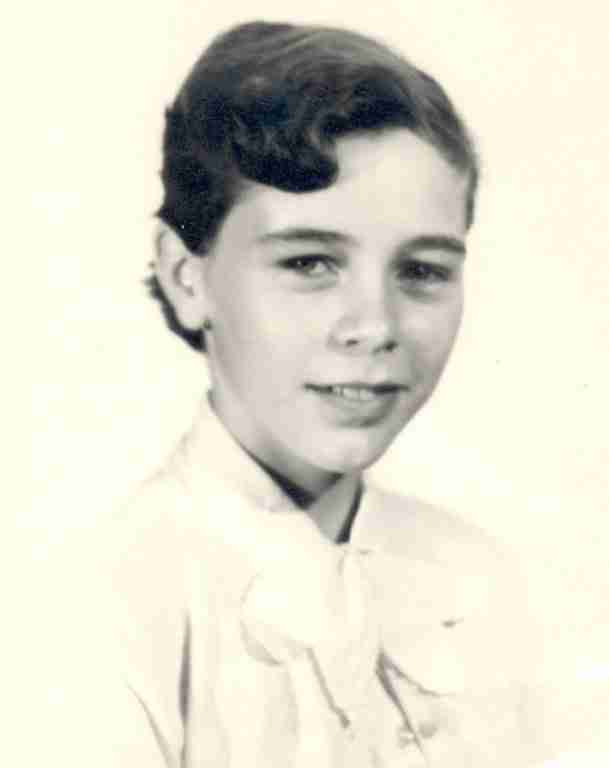 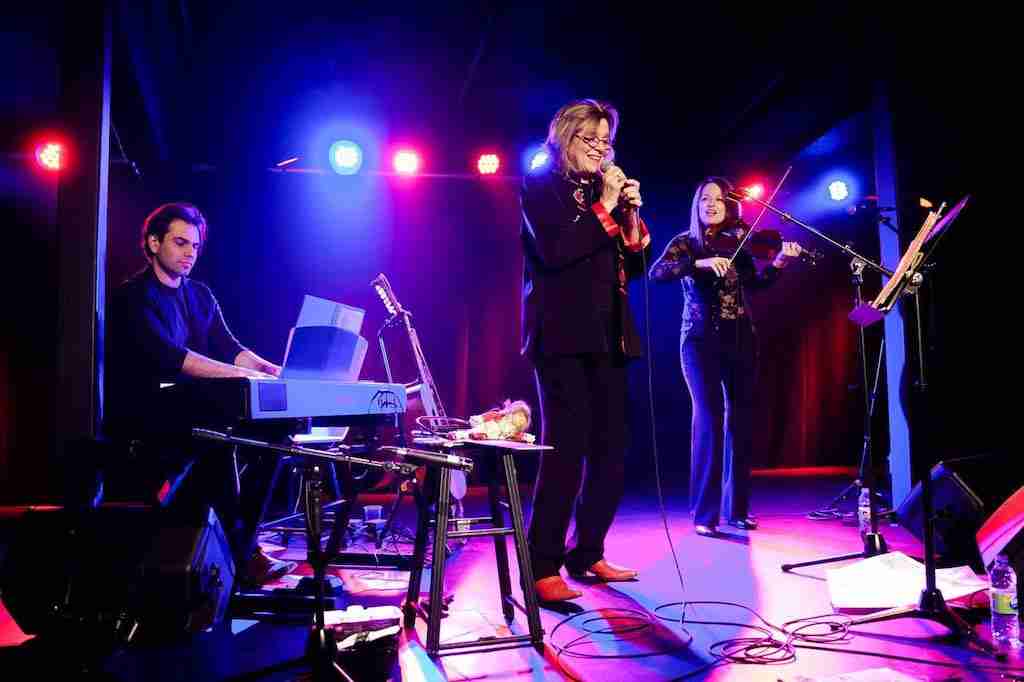 In 1978 she was featured in a show presented to mark the 370th anniversary of the founding of Quebec City.

Between 1979 and 1981, she made a Canadian tour, then visited many French cities, singing at the Théâtre de la Ville, Paris, and appeared on many French TV programs, such as “Le Grand échiquier” and “Champs-Élysées.”

In 1984, the CBC devoted the program “Edith Butler Superstar” to her, as did CBC Halifax the following year, where she sang with Symphony Nova Scotia. Her show “Un million de fois je t’aime” won the Félix trophy for pop show of 1985 and her LP Le Party d’Edith won the Félix for most sales. She performed at the Olympia in Paris in 1985 and 1986. Her albums … et le party continue! (1986) and Party pour danser (1987) were both certified gold.

After Butler’s appearance at the National Arts Centre, the critic for Le Droit (Ottawa, 12 Apr 1979) wrote: “Tall and regal, dressed all in white, Edith Butler sparkles on stage. She sings the songs and legends of her native Acadia so forcefully that you simply can’t resist the artful invitation of their rhythm and melody… her performances of laments and old folk songs, unaccompanied for the most part, have great strength and invoke haunting memories that you would like to retain forever.” “Avant d’être dépaysée,” “Marie Caissie,” ”Mon Arcadie,” “L’Acadie s’marie,” “Je vous aime, ma vie recommence,” and “Le Fil de la rivière” are among her best-known songs.

In 1975 with her agent Lise Aubut she founded les Éditions de l’Arcadie and l’Acalf (Aide à la création artistique et littéraire de la femme) and recorded from 1976 to 1983 on the SPPS (Société de production et de programmation de spectacles) label, a record company which she had founded with Lise Aubut, Angèle Arsenault, and Jacqueline Lemay in 1974. She published a collection of songs, L’Acadie sans frontières (Montreal 1974), and a collection of songs was published by Intermède Musique in 1978. 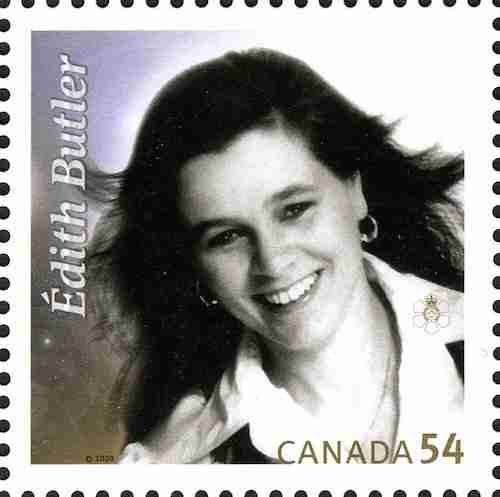 In 2007 Butler was inducted into the Canadian Songwriters Hall of Fame for her song “Paquetville,” and in 2009 a stamp was issued in her honour as part of the Canada Post “Canadian Recording Artists” series.