The Nelson Residence on Pitt Street in Saint John is designated a Local Historic Place for its association with David H. Waterbury and with E. G. Nelson and for the long tenure of the Nelson family.

The combination of Greek Revival and Italianate elements of this residence is unique. It is a side gabled symmetrical residence with eave returns. The eaves are denticulated and bracketed and the frieze at the roof-line is distinguished by a succession of Acanthus leaves. The large dormer has ornate cornice and fretwork near the gable. The elongated windows have entablatures supported by ornate scroll brackets with acanthus leaves and fish scale ornamentation. The entrance is highly ornate and has an entablature that shares the same elements as the window entablatures but at a larger scale. The doorway has sidelights with base panel, transom window and attractive paired wooden doors with moulded Roman arch panels. The original woodwork of the exterior ornamentation is notable for its high quality.

The first known occupant of this home was tailor, boot and shoe maker Michael Melaney. This home was purchased from Mr. Melaney in 1883 by David H. Waterbury. Mr. Waterbury was born in 1852. He received his first appointment to federal service in 1869 as a junior clerk in the post office. In 1881 he was transferred to the Department of Public Works, where he remained until his retirement in 1922. His duties included supervision of all Dominion Government properties throughout the Maritime Provinces. In 1869, at the age of 18, he enlisted a group of his friends to establish a lodge of the Knights of Pythias fraternity, which had only been recently established in Washington D. C. by a civil servant named Rathbone in the hope that it would heal civil war wounds between the North and the South. Waterbury inducted Supreme Chancellor Read and a fellow official to come to Saint John and set up a branch of the order here, the first in the world outside of the United States. By the time of his death, the order had hundreds of thousands of members. He is credited with having made the earliest foundations of the order outside the United States. At the time of his death, in 1952 at the age of 90, he was the oldest member of the Knights of Pythias in the British Empire. Mr. Waterbury sold this home about 1890. 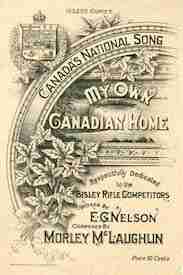 Edwin G. Nelson was a local bookseller who rose to fame when he wrote and published the song “My Own Canadian Home” in 1887. It was known as Canada’s national song in the late 19th century and was widely sung in Maritime schools and played in an arrangement for bands.

By 1896 more than 1.5 million copies of this song were sold. Though its popularity had faded by World War II, the song was revived and adopted as the official song of Saint John in 1967.

Edwin G. Nelson’s father was a poet and bookseller in Saint John, and it was there that Edwin began work as a young boy and developed his interest in literature; he was also employed by booksellers Thomas H. Hall and William K. Crawford. Using on occasion the pen-name Edwin St. John or E.S.J., he began to write short articles, stories, and poems for local publications, including works for Stewart’s Literary Quarterly Magazine [see George Stewart]. During the 1870s Nelson moved to Prince Edward Island and established himself as an importer and repairer of sewing machines, acting as agent for Wanzer sewing machines [see Richard Mott Wanzer*]. He continued to write for his own interest and for newspapers on the Island and in Saint John.

Shortly after the fire of 1877 in Saint John he returned there and set up as a bookseller and stationer on King Street. He subsequently moved to the corner of Charlotte and King streets and maintained this place of business until his death in 1904. The firm of E. G. Nelson and Company became a central meeting-place for those in the city interested in literary works. “His shop was a favorite place of resort for reading men,” commented the author of his obituary in the St. John Daily Sun, “as he was probably a better authority on books and authors than any other book dealer in this part of Canada.” It was also the resort of those imbued with the spirit of Canadian patriotism and British imperialism. “He would not keep or sell certain publications which he found offensively anti-British,” the same writer noted. “He always gave the preference, so far as he could influence trade, to British books over those from the United States, and exerted a large and continuous influence in eliminating from Sunday school libraries literature which exalted United States institutions and patriots and was unfriendly or offensive to loyal British sentiment.” In November 1888 Nelson was one of the founders of the Saint John branch of the Imperial Federation League in Canada, serving as its secretary, and he also sat on the executive of the national organization. When this body affiliated with the British Empire League in 1896, he became secretary of the New Brunswick branch. Much of his time was spent in working for imperial federation and in writing articles on the movement.

Nelson is buried in Fernhill Cemetery, Saint John. Members of the Nelson family remained in this home until the 1980’s. 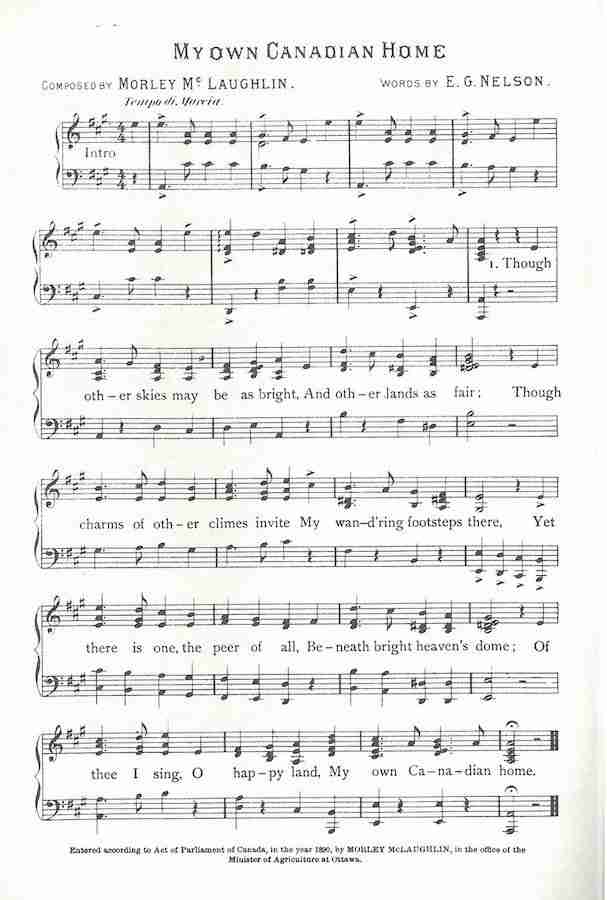