Prominent businessman, builder and landowner, Henry Smith of Fredericton acquired the Lot, which was later known as Elmcroft Place, in 1797, residing there until circa 1806.  It is believed that Henry Smith built the Elmcroft house at some point during this time.  In 1836 John Robinson of Douglas purchased the property from Henry Smith’s son-in-law, Daniel Ludlow Robinson.  In 1839, Master of the Rolls, the Hon. Neville Parker, bought the property where he remained  until his retirement in 1865. 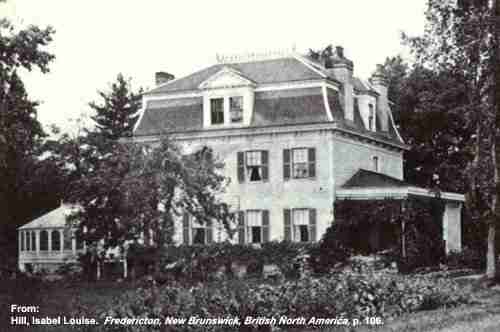 Henry George Clopper Ketchum the first civil engineering graduate from UNB in 1862 and the developer of the nearly completed Chignecto Ship Railway canal in the late 1880s, which attempted to connect the Bay of Fundy with the Northumberland Strait, bought Elmcroft from Neville Parker in 1865, adding several upgrades during his residence there, including the addition of a conservatory, upgrading of the roof, and the planting of several oak trees at the front of the property.

The following article relating to Ketchum and his Elmcroft home appeared in the Capital, 16 September, 1880:

“The first settlement of the Loyalists in Fredericton was made at the lower end of the town, near where Morrison’s mill now is.  If any of our readers will take a walk in the direction of Elmcroft, the residence of H.G. Ketchum, he will go down the river roads over the flats and turning up the first little footpath come to a spot, just at the foot of the garden, between the river bank and ravine, which is sacred to the memory of the departed UE Loyalists.  Here a number of mounds in confused heaps and about six granite slabs, once crudely carved by the pioneers, but long since obliterated by the hand of time, are all that remain…  Mr. Ketchum has refrained from any change or cultivation of the sacred spot and has carefully replaced the fallen stones….”

The house remained in the possession of the Ketchum family until Professor John Stephens and his wife (a niece of Sarah Ketchum) sold the property, then known as No. 7 Elmcroft Place, to University of New Brunswick Professor C.W. Argue in 1947.

Today Elmcroft, now known as “No. 9 Elmcroft Place”, is owned and operated by Kevin Douglass as a Bed and Breakfast accommodation. 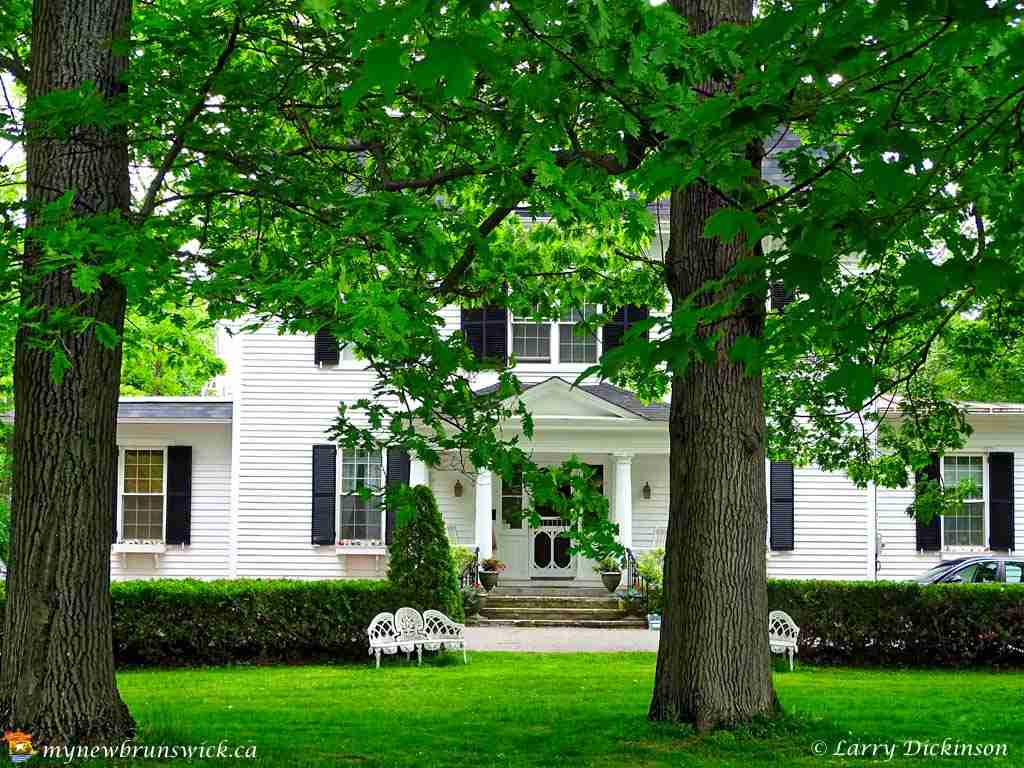