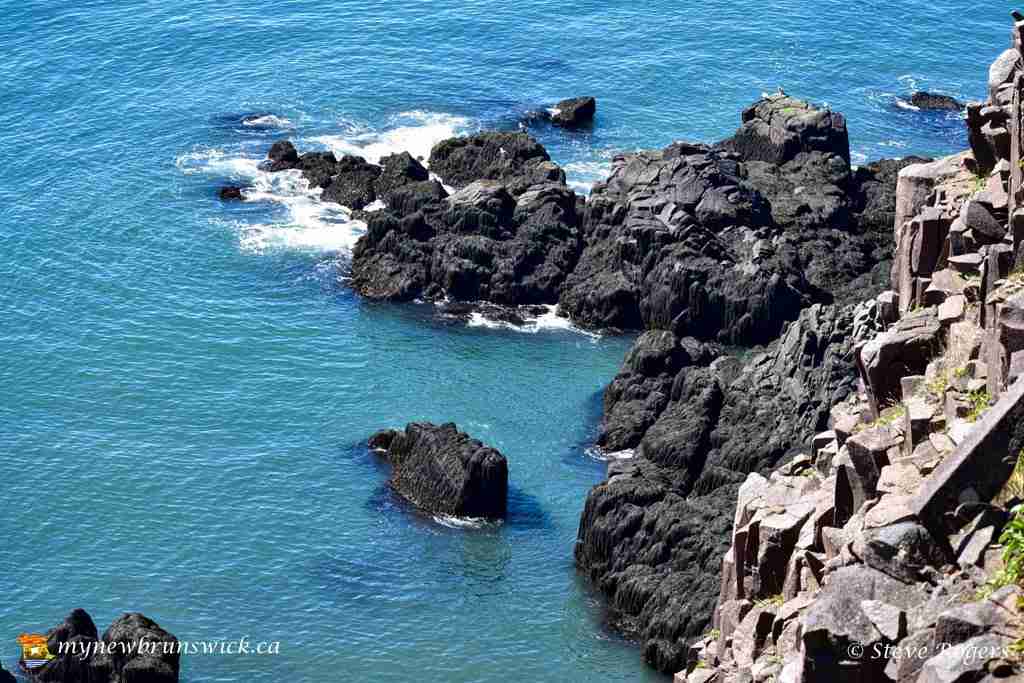 A Pirate Ghost on Grand Manan
By David Goss

Octogenarian Vernon Bagley of Seal Cove, Grand Manan is not a man who shirks from danger, yet he does have his limit and it occurred when he met the pirate ghost of Long Pond on Grand Manan. Before you meet the ghost, let’s meet the man who met the ghost.

Vernon Bagley is not known as a serious man. He makes light of every statement one makes, or every situation one describes. Except one. As a Grand Manan game warden, he never went looking for trouble, but when he met it, he never backed off. Some fellows down in Dark Harbour spread the word that he better not show up at their encampment.

“That’s the worst thing they could have done,” Bagley said, “for the next day l drover right up to their camp and told them to round everyone up as I had no intention of repeating my message: break the law and you will suffer the consequences.” 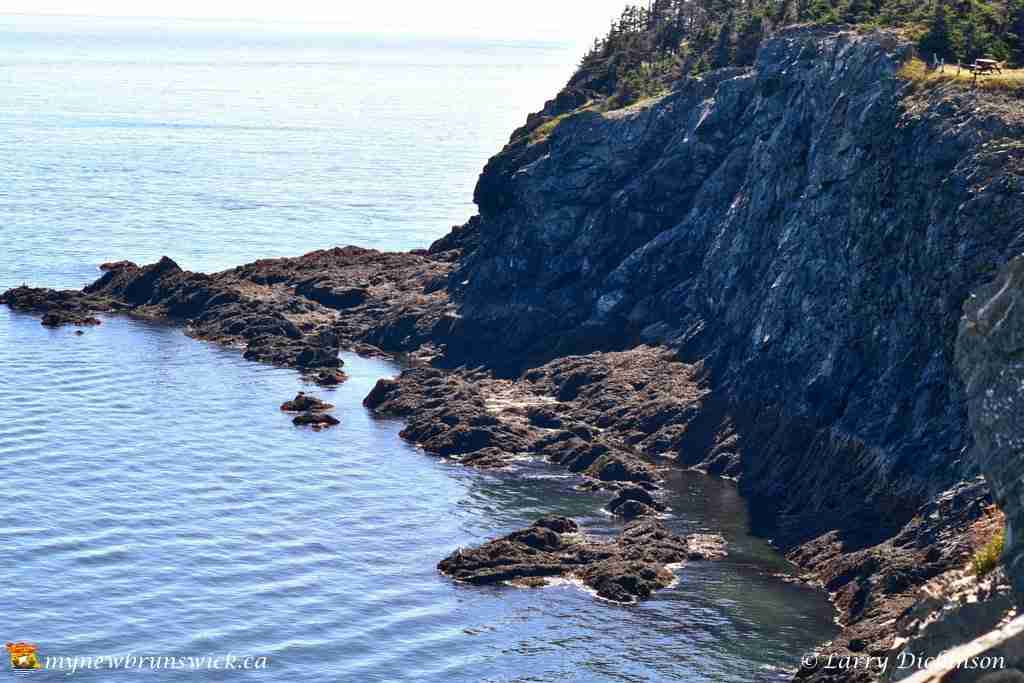 In February of 1963, Bagley received a late night call that there was a boat a ground at Southern Head. One of the occupants had crawled up the 200-foot cliff, but his brother was still down by the boat, and would freeze to death if someone didn’t go after him. Many others got the call too, but no one would scale the cliff.

“Wait till morning,” they insisted. Bagley went down, but not before his customary shot of humor. “Before I go down,” he told the fellows, “if you run out of rope, don’t let go of your end, as I intend to come back up and spent a lot of years on the island yet.”

They had 300-feet of rope to use, and they used most of it. Eventually, Bagley dragged the 200-pound Floyd Jones, a Maine fisherman, up the cliff face.

For his brave act, Bagley was awarded the Carnegie Silver metal. He says he’d never do it again, and at his present age, that’s probably true.

But he’s had one other Grand Manan experience and it’s one he’s not anxious to repeat… a meeting with a pirate ghost on the Long Pond in the Anchorage Park. The incident occurred long before the present park was established in the 60’s, but after the area had became a game reserve in 1948. Bagley had a cabin on the edge of the lake in those days and enjoyed the isolation until the pirate showed up. 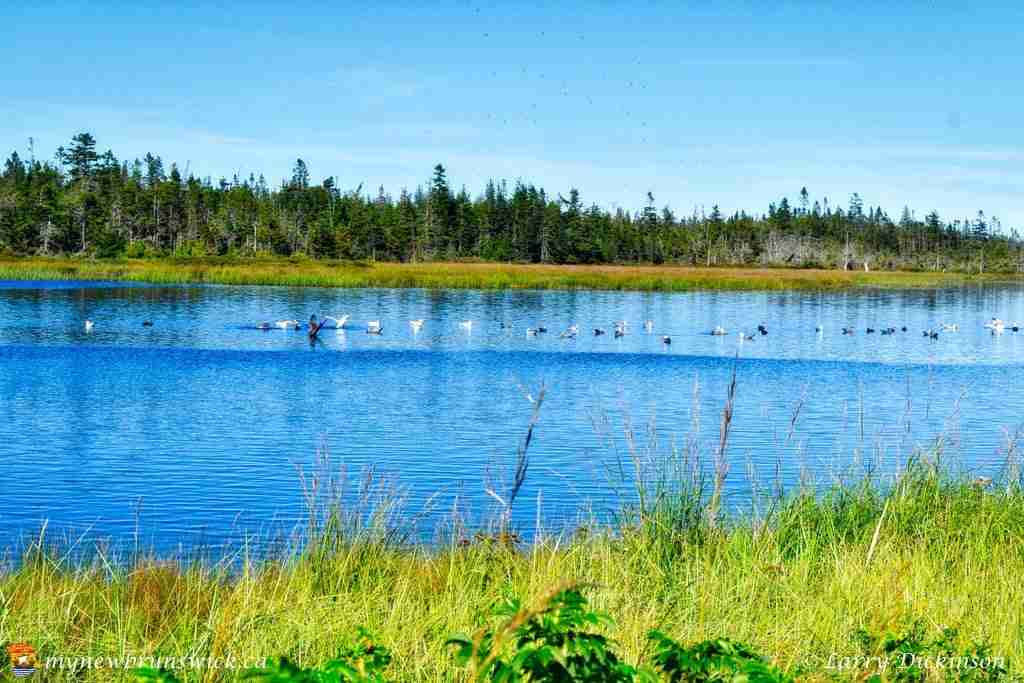 “I was watching a sea bird flipping in the pond. His actions seemed strange and I had my glass on him, and out by the side of the glass I saw this critter coming along. He’s walking right over the pond, and clear as anything, I can tell he’s a pirate, with a round red nose and long flowing coat, with a big sword hanging down. It wasn’t in a sheath or any thing and he just came walking along and got closer and closer to me, and I sort of froze and felt funny.

“I don’t think I could have run if I wanted to, so as he got right close, I decided to speak to him. I spoke gently, so as not to scare him or anything and he sure didn’t like it, for he opened his mouth and roared at me just like a lion. He walked by me then and walked toward the woods where my cabin was. I got so I could move and turned to watch him. I knew from where he was walking that he would come out of a clearing just beyond my cabin, but he didn’t show up. He just disappered. Later, I saw him on the pond again and he was on the
edge walking across the weeds. Well, I didn’t see him again and don’t want to.” Bagley says his sightings have been confirmed by others. The current park manager, Bill Daggett, says he’s had some strange sightings, but doesn’t wish to talk about them much.

“Let me tell you,” he said, “there’s something to the stories. I feel I’m being watched when I’m working down there by that pond.” After his initial sighting, Bagley asked around and discovered two young boys down by the pond who had see the pirate.

“They had been toasting wieners, looked up and saw the pirate coming toward them,” he said. “They got shaking so bad, the wieners fell off the sticks into the fire, and the pirate just reached in, and slowly lifted them out and asked what they were. The boys ran off and told their father the story. He took them back to the pond and they saw the pirate, way off; going into the woods at Henderson’s Point.” Bagley is sure his was the same figure as the boys since their descriptions included the long sword, and more importantly the round,
red nose. He has no explanation for the sighting.

“I’ve been told I’m the oldest Bagley that ever lived and I’m going to be around at least another twenty years and I don’t ever want to see that fellow again. When he opened his mouth and roared at me, well, it just made me tingle, and feel funny, not something I want to repeat.”

Grand Manan Island is reached by ferry off Route One at Blacks Harbour: Anchorage Park, the site of Long Pond, is 16 kilometres from North Head, where the ferry docks.