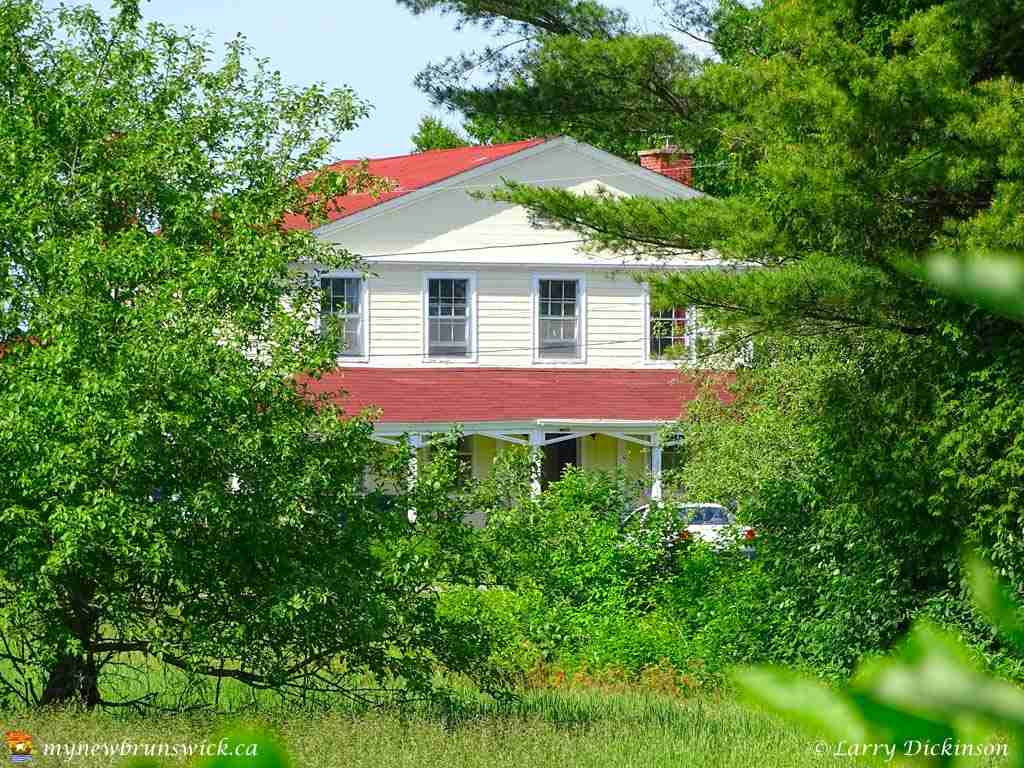 I grew up in an area known as Lincoln. It is on the outskirts of New Brunswick’s capital city of Fredericton. The house that I am writing about is dated to the 1700’s I do believe. It is situated on the banks of the St. John river, set back off the road amidst a large apple orchard. It is a huge house that has been converted to house an apartment in the upstairs.

I used to date a girl that lived in the upstairs and am friends with a guy whose mother lived in the downstairs.

The girl that lived upstairs used to be scared to get off of the school bus on our way home from school because she was alone in the house until later in the evening. We were in high school at the time and for a teen to not want the house to herself is kinda strange in my opinion.

I asked her about it one day and she told me flat out that the place was haunted. She told me of hearing someone hollering orders out when she was the only one home, her parents replacing the off white carpet in the livingroom where there was a large brown stain (dried blood I would think) only to have the stain reappear in the same spot. The landlord ripped the subflooring up and replaced this as well all to no avail.

My friend, who’s mother lived downstairs, invited me to go in one day. We went in and he showed me around. At the side of the house, in a porch was a narrow staircase that led to the 2nd floor. In the basement were rooms about the size of a cell but with no doors on them. In the walls were spots with new cement where holes had been filled. At the back of the house was a long hallway running from one side of the house to the other, and on the other side of this were three rooms. In the rooms were large concrete and stone slabs that when you stood on them you could look out the back windows across the lawn at the river. At either end of the hall it was caved in (dirt and stones). The history of the house is that it was used for British troops. The cells in the basement were just that. The rooms looking over the river with the large slabs were for cannons to protect the house. At one end of the long hallway was where the kitchen was, and the other end led to a tunnel that ran down to the river. 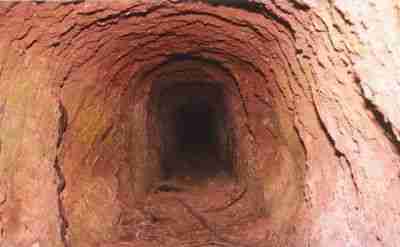 Troops used to come in through this tunnel when getting off the ship. The stairway I talked of earlier was used by them to get to thier sleeping quarters. The main level of the house was for officers.

On the main level of the house, my friend’s mother had seen people standing in the parlour out of the corner of her eye on numerous occasions, only to turn and see no one. His sister, was in the bathtub one day and heard the front door open and someone calling her name. She figured it was her mother wanting help with bringing in groceries so she got out of the tub, put her housecoat on, and went out into the hall. There was nobody around.

When we were down in the basement, only the front part where the cells were had lights. The back part where the long hallway was did not. When we went out I flicked my lighter on to see, but it cast no light. I put it up against one of the stone walls, and no light appeared on the wall. It is a very creepy spot, every part of the house just doesn’t feel right. It is a historical site, and has a plaque with a short history on the house mounted at the end of the driveway.