During the days of pirates, there was a certain ship that thought it would be a good idea to bury their treasure down the St. John River. According to legend, they buried it at Currie Mountain. 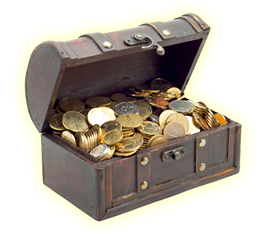 After they had worked long and hard to bury all their ill-gotten gains, they killed the weakest member of the crew and left the sword that killed him with the treasure. On the sword, they put a curse that when anyone spoke near it, the ghost of the dead pirate would reappear and protect the gold.

Satisfied they left and never returned. Generations passed, until the Currie Mountain treasure was all but a myth; that is, until two brothers happened upon the map.

“They took their boat across the river and in complete silence, began to dig. So, they would not summon [the] ghost and when they struck something, that’s when they began talking.”

And so, the ghost of the dead pirate reappeared, as well as a flaming ship coming down the river. This is, obviously, very hard to ignore, so the two brothers turned to look at the ship.

In that moment, the ghost vanished, taking all of the treasure with him.

The property, comprised of of 60 acres, including a mountain of volcanic origin and a half mile of shore line, is a gift from Dr. and Mrs. E.O. Turner to UNB. It was established as an outdoor classroom to be maintained in its natural state as much as possible. Here, students in botany, forestry, and geology could study and explore rare plants and flowers, some of which unmatched in condition or maturity by any in the province.

One thought on “Currie Mountain Treasure”