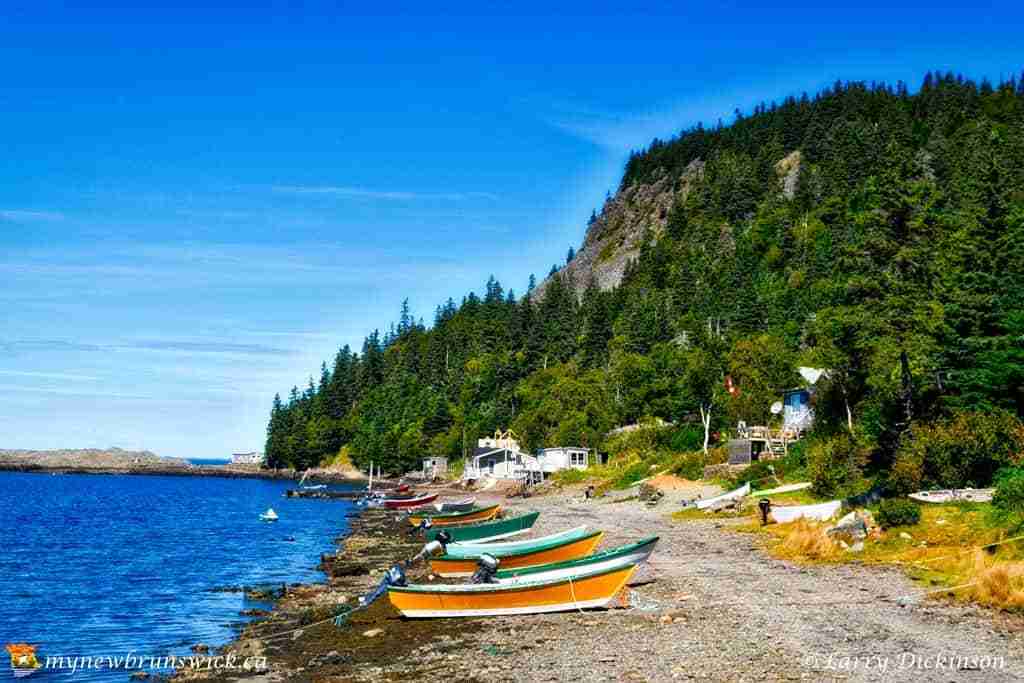 Long ago, at what is now called Dark Harbour, Grand Manan lived a very wicked old giant. He lived alone in a large cave under a hill. He was very, very cruel, and killed all people who ventured near the place.

Because of the cruelties of this giant a spell had been cast over the once beautiful place, making it so dark that one could hardly see to move about.

A large reward had been offered to anyone who would kill the giant, for it was believed that if once he was killed, that the place would be beautiful again. Many travelers had come to the Island purposely to kill the giant, but when they heard the stories of his cruelty they became frightened and decided not to try.

But one day a young adventurer came to the Island. Upon hearing the stories of the giant, he determined to see what he could do to help the people to get rid of him. So a few days later he set out armed with a knife, and a torch which he would light to find his way. The night before this the giant had been out late, hunting for wild animals to kill and eat so he was very tied and slept soundly. Meanwhile the adventurer was quickly approaching the grove of trees which marked the giant’s property. The young man passed through the grove of trees noiselessly and approached the entrance to the giant’s cave. It was very dark, but not too dark to prevent him from finding his way without the torch. He was not at the entrance of the cave and could plainly hear the giants snores. He quickly pushed open the door, rushed across the room and stabbed the giant before he had time to do anything.

Immediately as though a heavy curtain were slowly drawn up, the place began to get lighter, and in a minute the beautiful sun was shining everywhere over the place, revealing one of the most beautiful spots on Grand Manan.

The traveler quickly informed the people who all rushed to see the place, Of course, the stranger was richly rewarded as soon as the giant had been buried on the hill overlooking the pond. The adventurer soon went away from the Island but to this day nobody knows who he was or whence he came.

From the Mananooc News October 1931 by Lottie Logan Grade IX

NOTE LOTTIE LOGAN: “Homecoming and other Grand Manan Stories” by Charlotte Logan Schaub. Lottie was born in 1918, and kept notes of her life on the island till she moved away. Her daughter recently found the notes and convinced her now 94 year old Mum that it would make great reading in book form, so they found a publisher.