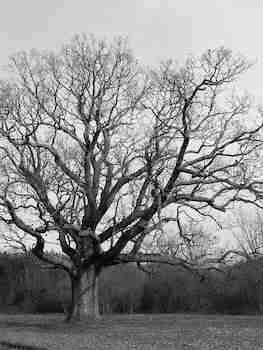 Back in the days when family farms dominated, a harsh year tainted the lives of the populace of southeastern New Brunswick. It had been a dry summer, the sort that leaves fields and forest primer for sudden fires. Several farms lost buildings and crops to flames that fall, and what produce remained in the local fields grew poorly. Compounding the difficulties, consumption (nowadays better known as tuberculosis) began to creep into the province, claiming its early victims before years end. Desperate times often breed questionable behaviours; by winter’s arrival, animals had begun disappearing from barns, the picked over remains found as evidence that they had been slaughtered.

From a modern, and, it’s worth noting, uninvolved perspective, the logical conclusion would be that hungry farmers had taken what they could to keep food available. However, life was very different in New Brunswick during the 1870s. During the cold months, small towns and cities were virtually isolated from the larger world save for what little outside contact came via letters and newspapers. People put more stake in traditional ways and, to be honest, old world superstitions. The original local families arrived, for the most part, as immigrants from the Dutch, Irish, German and British lower classes; in some cases, former peasants and factory workers drawn in by the promise of land ownership. Most folks living in the area at the time of the Rebecca Lutes story were either the direct descendants of these settlers or from the Acadian and Mi’kmaq communities. All came from a background where unusual events could be, during a cold winter, rattled by plague and famine, explained as evidence of evil forces at work. Before long, residents were reporting strange lights floating in the dark sky alongside the road. Rumours spread about demonic rituals. It was proposed that a witch must be at work in the city; as evidence, there were the animals stolen and killed to provide blood for her spells.

How we get from whispers of witchcraft to the blame centring on a local girl named Rebecca Lutes is unclear. The story jumps right to her death. It is said that she was hung from the branch of a large poplar tree, after which she was cut down and buried at the base of her makeshift gallows. Now we have to remember that the locals feared a dead witch almost as much as a living one; the only benefit to killing the witch was that her movements could now be better controlled. To this end, Rebecca was buried face down, the idea being that if she were to try to dig herself free of her grave, she would claw her way downward rather than toward the surface. Even this precaution was insufficient for the more rattled among the local populace; several men returned a few days later to cover Rebecca’s grave with a layer of concrete, thereby sealing her in permanently.

A good, modern telling of the Rebecca Lutes story often concludes with a visit to the grave itself. A drive out the Gorge Road near Moncton, stopping just before the old quarry and cement factory will bring you to the spot where Rebecca is claimed to rest. Just to side of the road, there’s the patch of concrete as promised. Once, there were still farm buildings in the distance but they’ve fallen from age and neglect. Pity, as there have been no more reports of moans or whispers since the buildings fell. However, the slab of concrete is still intact and it has by far the better hauntings. Some people claim to see a black cat that sits atop the grave, looking quite real, only to disappear moments later. Others report what looks like bloodstains on the concrete at various times, but catching a glimpse of these is tricky as the blood never lasts long enough for anyone to return with witnesses. By far the most commonly reported phenomenon is odd lights passing across the grave.

So is Rebecca buried beneath concrete at roadside? That’s hard to know. Records show that a Rebecca Lutes did die on January 2nd, 1876 but that she was only a sixteen year old farm girl. Also, she died not by hanging but from tuberculosis and there’s no indication that she had gotten up to evil doings nor that she was suspected of such. There is a second story that goes with the witch legend, one that explains the grave thusly; a later owner of the Lutes farm was annoyed to discover that under provincial law, he was responsible for the grave of the deceased Rebecca who was buried, following her natural death, on the family property. His solution was to cover the grave with concrete to keep out vandals. He then fenced the spot off from the rest of his field to prevent him from running into it with his plow and ruining his blade. The other, more prosaic, explanation is that no one is buried at the supposedly haunted spot. The concrete was simply dumped there for unknown reasons by employees of the culvert factory up the road. In this scenario, the story of Rebecca Lutes’ grave is nothing more than a scary invention inspired by a mysterious glob of concrete. But don’t bother trying to sway the story’s fans with such negative solutions. Rebecca has become local legend as our very own dark witch. Hundreds, if not thousands, of teenagers have driven out to see Rebecca’s concrete covered tomb. Her grave is an oddly proud part of the city’s history.