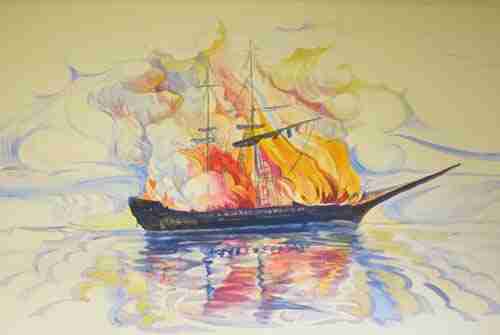 The St. Martins Phantom Ship has been sighted off Quaco Head, it is said to appear every 7 years, usually in the Fall. It is believed to be a ghost ship, of a ship that burned over 100 years ago and all on board perished.

The outline which is most visible just before a storm, and visitors and residents alike tell of a ship gliding across the bay, her sails and rigging a mass of flames, and figures, black against the blaze are seen hurrying too and fro across the deck. It is described as a mass of flames, but yet never burns.