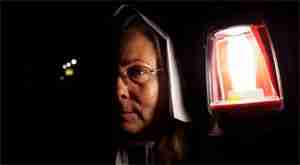 During the mid 18th century struggle between the Acadiens and British, a French fort was constructed at a cove located in a place known today as French Fort Cove (Northumberland County). Acadiens were transported to this location to help fend off the British. Among these Acadiens was a nun known as Sister Marie. 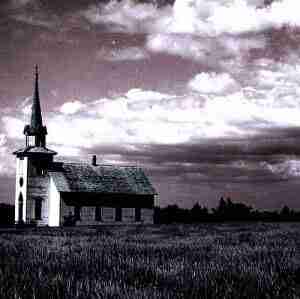 Sister Marie was born in France and requested of her superiors that she be sent to “Canada” to help the Acadiens.  Sister Marie was devoted to the care of the ill and despaired.

Sister Marie was in care of a fund that was set up to assist the needs of the families. It is said that she buried the money for safe keeping.

Late one night, while returning from assisting a very ill person,  Sister Marie was attacked by an unknown person(s) demanding that she reveal the the location of the buried money.  Her unwillingness to cooperate with the attackers resulted in Sister Marie being beaten which ended with her head being severed from her body.  The head was never found, hence “The Headless Nun”.

Sister Marie’s body was returned to France but her spirit remained, unable to rest until her head was buried with her body.

Late night visitors to this area have been approached by Sister Marie’s spirit asking them to help find her head. Others have said that she found her head and carries it in her arms asking them to bury it with her body.

If you do not believe that this is true, then visit the area, at night…..but do not go alone.