Fort Nashwaak (Naxoat) National Historic Site of Canada is marked by a Historic Sites and Monuments Board of Canada plaque located in Carleton Park, near the intersection of Union Street and Gibson Street in Fredericton. 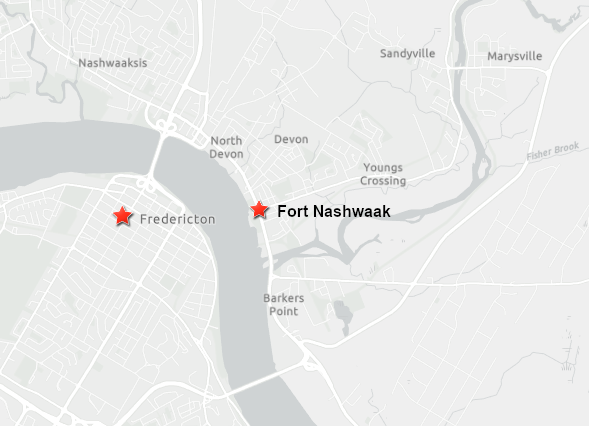 Although there are no extant remains or known archaeological evidence of this fort, it was once a typical French fort of the 17th century, with a palisade made of timber piles and diamond shaped bastions. The fort had been constructed at the mouth of the Nashwaak River where it flows into the Saint John River, about 700 metres south of where the plaque is found today. Official recognition refers to the plaque surrounded by a five metre radius. 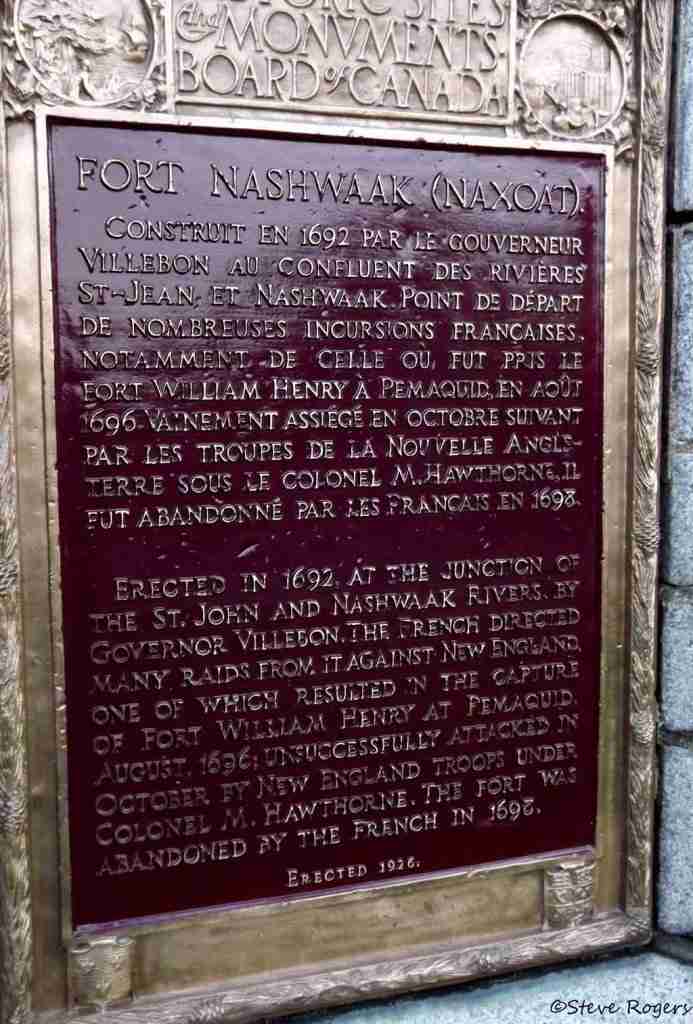 Fort Nashwaak (Naxoat) was designated a national historic site of Canada in 1924 because:
– erected in 1692 and abandoned in 1698, from this fort the French directed many raids against New England, one of which resulted in the capture of Fort William Henry at Pemaquid in August 1696.

Constructed by the Governor of New France, Joseph Robineau de Villebon, during the winter of 1691-1692, Fort Nashwaak (Naxoat) served to stabilize the New England-Acadia boundary, and prevented annexation of the French colony by the English. From the fort, the French, with the help of the Abenakis, organized and launched various raids against New England settlements.

During a summer 1696 raid, a French force under de Villebon and his brother attacked and captured Fort William Henry. Though the English retaliated by attacking Fort Nashwaak (Naxoat) by way of the Saint John River, the seige failed and was lifted after two days. In 1698, de Villebon was ordered by the King to build a new fort at the mouth of the Saint John River and Fort Nashwaak (Naxoat) was demolished. The site and any archaeological evidence has subsequently been washed away due to erosion.