The modest frame house of his boyhood stood approximately where the stage-door of the Playhouse stands today on St. John Street. 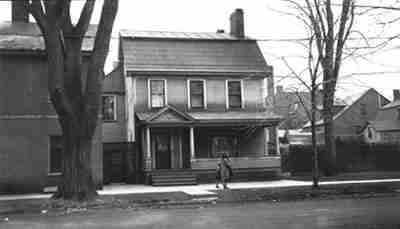 Both Shermans home environment and the atmosphere of the City of Fredericton are said to have been congenial to his thoughtful spirit.  A new national literature was taking shape, with his fellow Frederictonians Charles G.D. Roberts and Bliss Carman in the vanguard.  The brooding spirit of George R. Parkin at the Collegiate School and George E. Foster at the University bred a thorough cosmopolitanism and a robust sense of intellectual independence in the city and the province.

In 1886, Francis Joseph Sherman entered the University of New Brunswick for the Arts course.  Sadly, for financial reasons, his college days were cut short and the following year he was found a junior post in the Merchants Bank of Halifax; thus began a career which was to bring him in an amazingly short time to a position of great trust and respect within what became the Royal Bank of Canada.

In 1898 Sherman became the Manager of the Merchants Bank in Fredericton, the youngest man in Canada to hold such an office.  A year later he was appointed assistant manager of the Montreal office and then was transferred to Havana, Cuba, becoming the Banks first agent there in November 1899.  Sherman left Cuba in 1912 for the banks Montreal head office.

In 1915 Sherman went overseas with the McGill OTC, sent as reinforcements for the Princess Patricias Canadian Light Infantry.  A year after the war ended he retired from the Bank and took up residence in Atlantic City.

While residing in Fredericton in 1896, Sherman had visited Boston with a small sheaf of sonnets entitled “Matins”.  This collection was accepted by Bliss Carmans publisher, Copeland and Day, who also released Shermans “In Memorabilia Mortis” later that same year.  The latter title was a collection of sonnets in memory of William Morris, a life-long influence on Shermans thought and style. It was printed on handmade paper, deckle-edged and bound in heather blue-gray antiqued-laid limp wrappers, a style which Sherman adopted for all but one of his future booklets.  “A Prelude” appeared at Christmas 1897 and one or two smaller collections of poetry were issued in the final years of the nineteenth century. In 1900, the Atlantic Monthly published his “An Acadian Easter”, said to be Shermans most ambitious poem, presenting the story of Madame La Tour and the fall of Port Royal.  At Christmas that year, his last collection of poems was privately printed in Havana, entitled “A Canadian Calendar: XII Lyrics”. Roberts declared this to be Shermans most mature and deepest work, reflecting on the  tragedy of the loss of his great love. In the mid-1890s, Sherman had become engaged to a Miss May Whelpley of Fredericton, but when he was posted to Cuba she would not marry him and leave Fredericton.  Sherman remained devoted to her, and Roberts wrote that she was the one great and inspiring romance of his life.  No poetry by Francis Sherman is known after 1901. However, Sherman remained an eager bibliophile, retaining his interest in William Morris, Rossetti and the pre-Raphaelite poets, as well as an enthusiasm for the works of Stevenson, Kipling, Conrad and Hardy, among others.

After a long period of time, Sherman met Ruth Ann Sullivan of Philadelphia whom he married in 1921.  The Shermans had two sons, Francis and Jerry, born in Atlantic City.  Francis Joseph Sherman died there on 15 June 1926.  Sherman is buried in Forest Hill Cemetery in Fredericton, as are Charles G.D. Roberts, Bliss Carman and May Whelpley.

In an address before the Royal Society of Canada in 1934, Roberts referred to the complete neglect of Shermans work by critics, perhaps due, though not excused by, the fact that the number of his poems is comparatively few and that they were issued in extremely limited editions, and not published in Canada.  One exception to this neglect was the publication in 1927 in Willisons Monthly by Rufus Hathaway of an article calling the attention of the Canadian public to the beauty of Shermans poetry. In 1930, H.G. Wade of Winnipeg issued “An Acadian Singer”. Francis Sherman which included numerous tributes to Shermans literary talent.  The first complete edition of Shermans poems was prepared by Lorne Pierce, editor of the Ryerson Press, and published in 1935.

Sherman will be remembered longest as the author of a small and fastidiously classic collection of poems.   As a master of the sonnet form, he takes his place beside Roberts and Archibald Lampman.  He succeeded in recapturing the spirit of mediaeval romance, in achieving moments of spiritually exalted power, in weaving glamorous tapestries, their colours borrowed from the pageantry of the Acadian seasons and the orient.  The treatment of nature in his poetry reveals an undercurrent of reverence, somewhat at variance from that of other Canadian poets of his day. 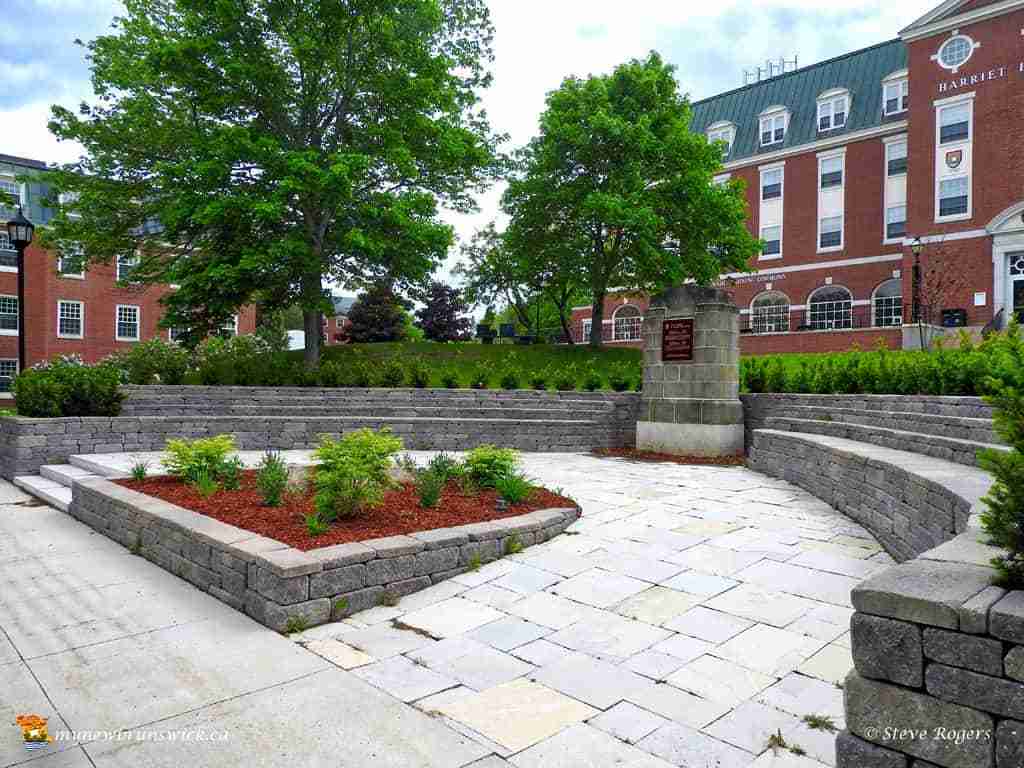 In 1947, Roberts, Carman, and Sherman were memorialised at Poets Corner in a national monument erected on the campus of the University of New Brunswick in their native city of Fredericton.  In the 1970s, the monument was relocated in front of the Harriet Irving Library, in Jacobs Yard, named for Edwin Jacob, President of Kings College, 1829-1859.