Apart from the cholera hospital, Fredericton had no civilian hospital until 1888. Lady Tilley, during her husband’s second term as Lieutenant-Governor supplied the initiative for  hospital.

She secured funds, the government granted the field at the eastern end of Government House property for a site, and construction of the Victoria Cottage Hospital began. 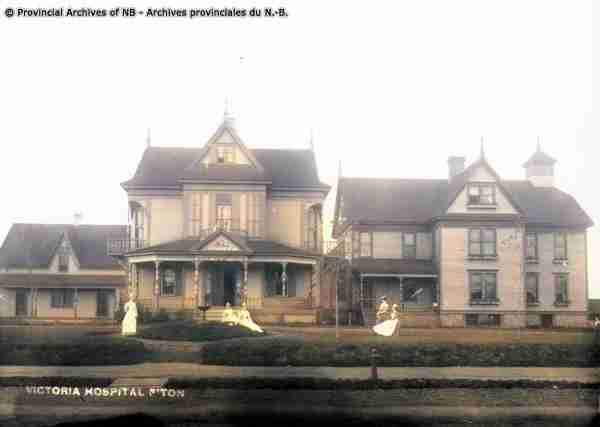 On June 21, 1887, Lady Tilley laid the foundation stone in a colorful ceremony as part of the cities celebration of the Queen’s Golden Jubilee. She had received permission to use the Queen’s name and to place the Royal Coat of Arms over the entrance of the small wooden structure. The original Victoria Public Hospital was a rambling group of wooden houses. The hospital opened exactly a year later with Hon. A. G. Blair, Premier and President of the Board as Master of Ceremonies.

In 1889 the hospital was incorporated as the Victoria Public Hospital and Lady Tilley, after obtaining annual grants of $600 from the province and $200 from the city, turned the management over to the trustees. 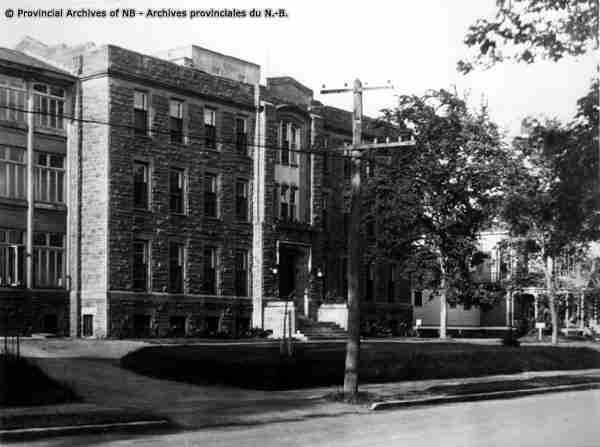 In 1921 the stone addition known as the Donald Fraser Memorial Building greatly enlarged the hospital. Named for its benefactors, Archibald and Donald Fraser, the 21-room addition was connected to its predecessors, but was of a far more commanding character. 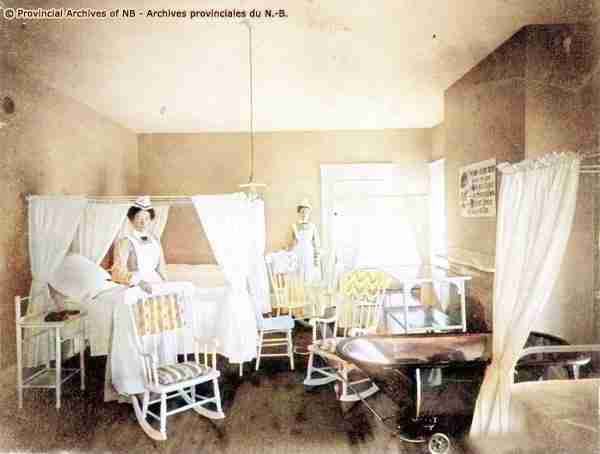 In 1940, three brick wings were added to the stone building. The original wooden building was ultimately removed and other additions, including a polio ward were made from time to time.

With the rapid increase of the population of Fredericton and area, the facilities of the Victoria Public Hospital  were overstrained and the need for the new Regional Hospital became apparent. The Doctor Everett Chalmers Hospital on Priestman Street formerly opened early in 1977. 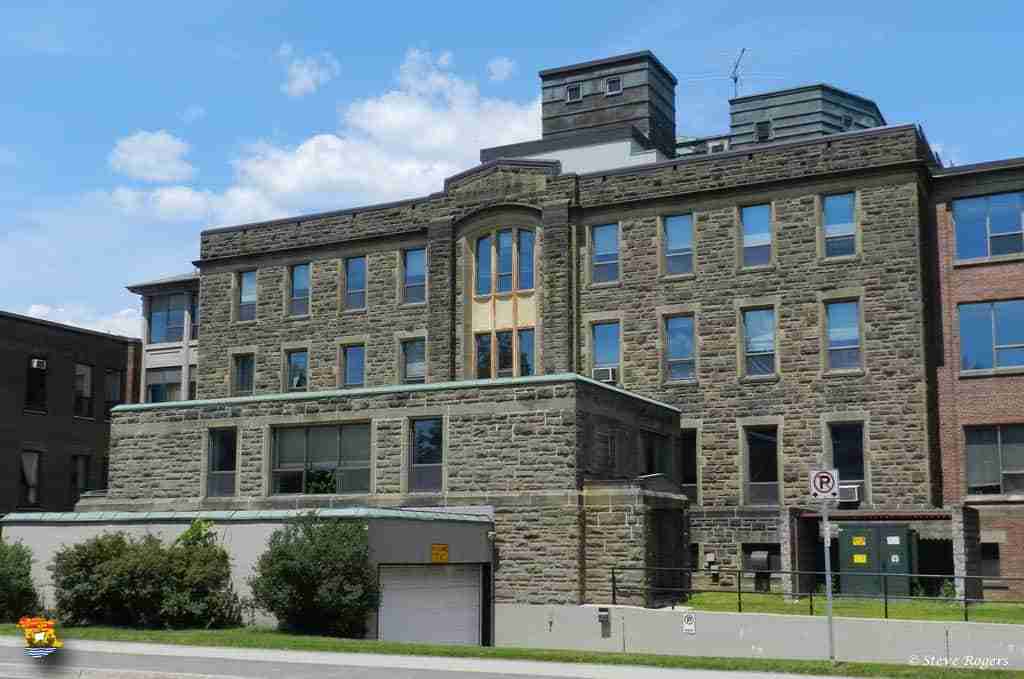 One of a related group of early 20th century Beaux-Arts Classical houses in Fredericton, this noble home, located at 155 Smythe Street, with its grand front porch, two-storey ionic columns, and splendid stained glass windows was built circa 1902 as a wedding gift to Mr. and Mrs. Wardlow Kilburn by his father John. 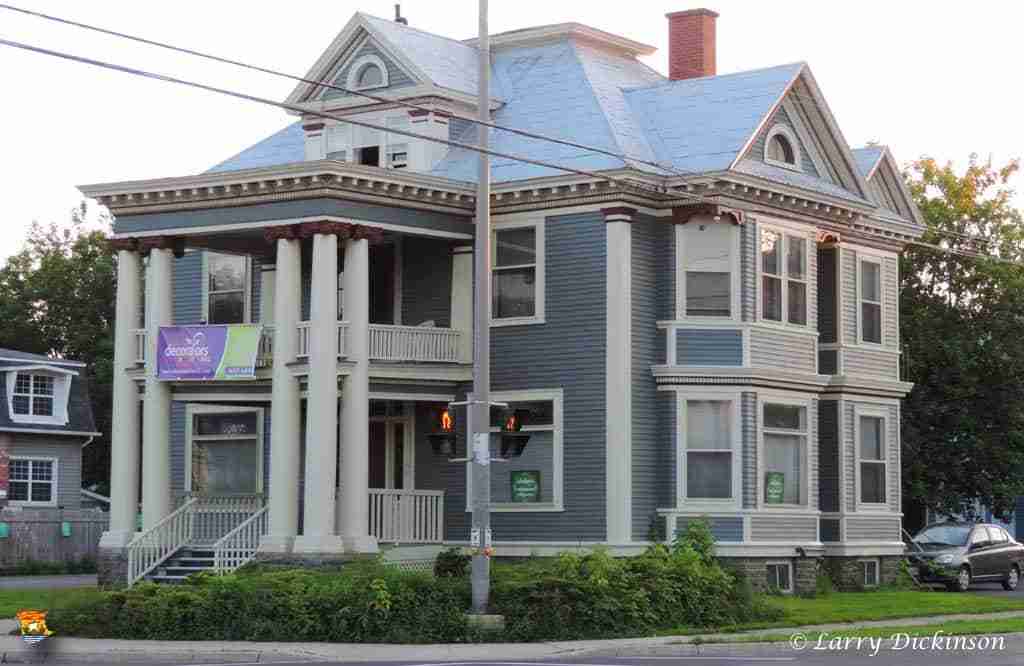 John Kilburn was a wealthy lumberman and part owner of the Hartt shoe factory, and would often hire a three-piece band to play concerts on the front balcony of the house. Upon his death in 1940, the house was bequeathed to the neighbouring hospital and was used as a nurses’ residence.