Mayor George F. Fenety was elected mayor in 1877 just as the city moved into its new hall. The installation that year of a new clock and bell worth $2,320.62 moved him to donate his annual stipend of $200 towards their cost. The clocks  eight-foot dials, copper hands and reliable chimes have been keeping downtown businesses and customers in line ever since. The beautification of Fredericton was his main concern, and he spent his own money on public projects such as the planting of trees and in 1885, the construction of the fountain in front of the city hall known as “Freddy the Nude Dude”. 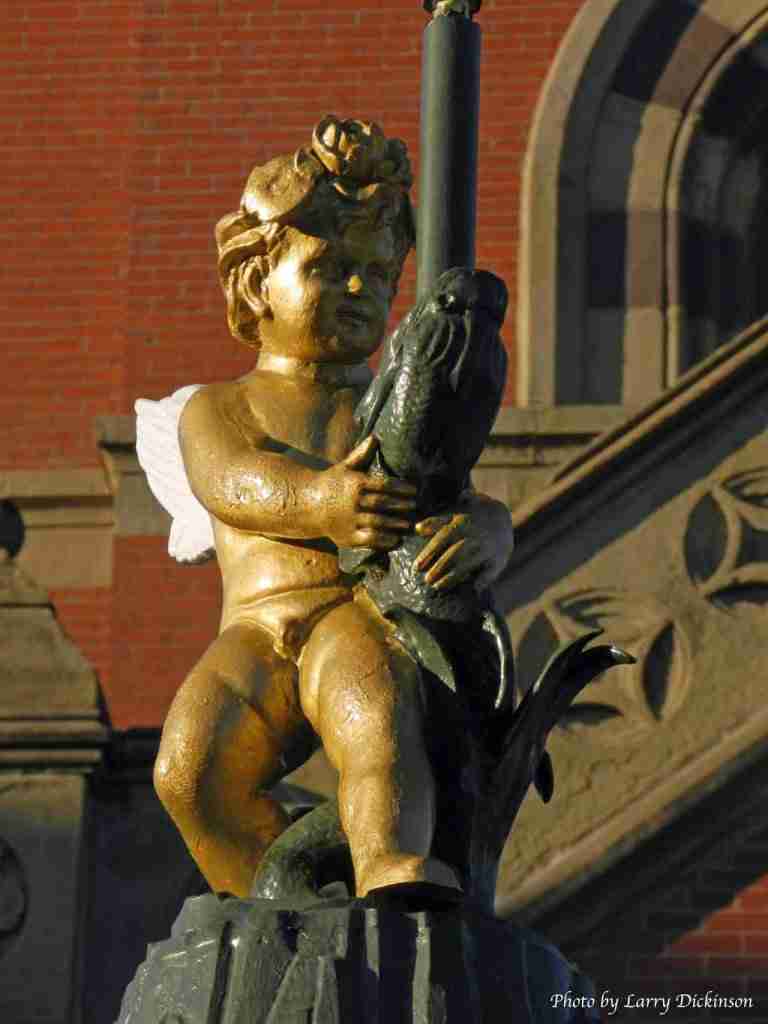 City Hall’s Opera House functions ceased in the 1940’s and the Council Chamber was moved to the second floor. With the construction of the Boyce Market on George St. in 1952 the Farmers’ Market found a new home, leaving the Police Department and lockup alone in the basement at street level.