2017 marked the 200th Anniversary of the Fredericton Fire Department! The department has a long history dating further back than confederation. 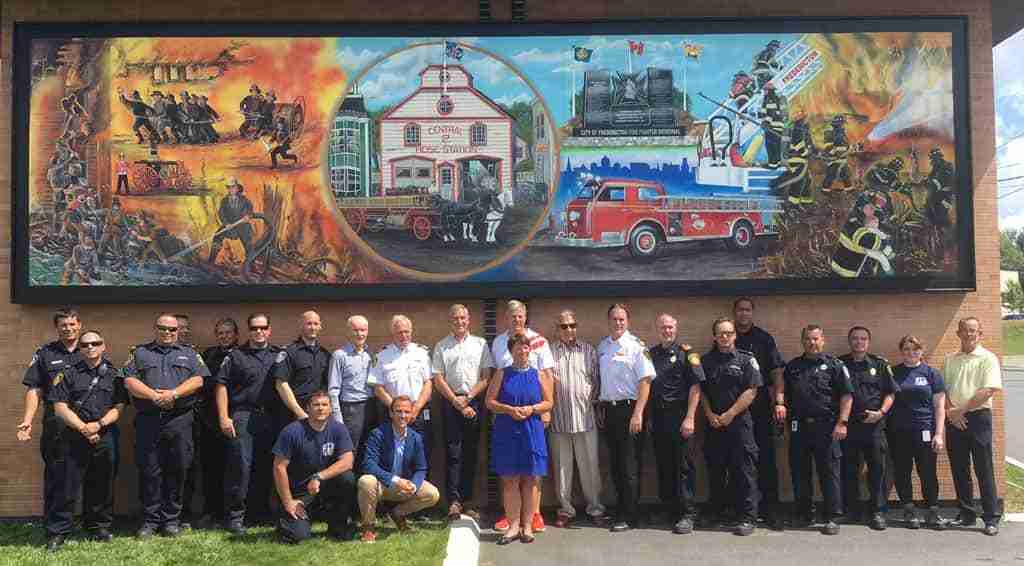 To mark the anniversary, a mural created by Fredericton artist Ron Sajack was unveiled at the York Street Fire Station in Fredericton. Sajack spent months working on the piece entitled “Two Hundred Years of Tradition and Progress”. The mural measures 28 feet wide by eight feet tall.

Hidden within the mural are the names of about fifty firefighters and their family members.

The mural will remain on display permanently.