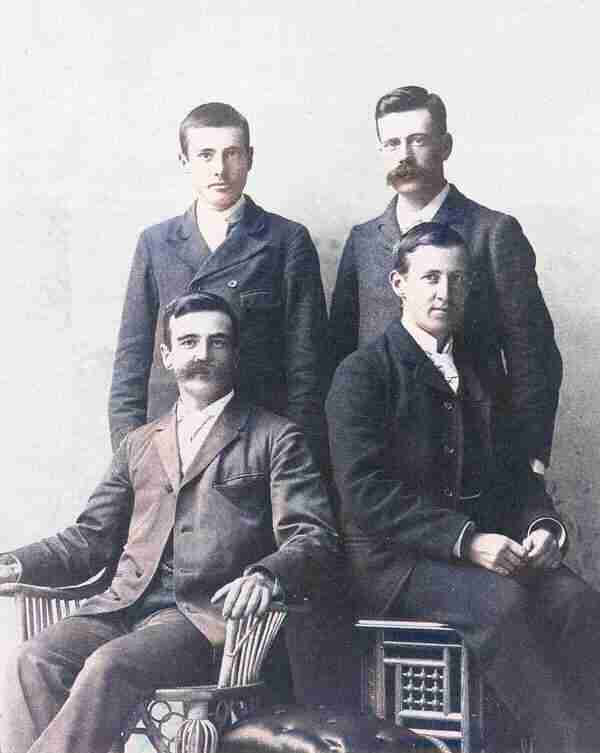 The Ganongs were descendants of Huguenots who fled persecution in France and emigrated to New Amsterdam in the second half of the 17th century, the family name “Ganong” is a corruption of the original French language name, “Guenon”.

Born in Springfield NB, James was the eldest of the six children of Francis Daniel Ganong and Deborah Ruth Keirstead. In 1863, he married Susan E. Brittain of Saint John with whom he had seven children. His father was a farmer and a merchant and as a young man, James worked as a shopkeeper and as a travelling salesman. He lived in Massachusetts for a few years where two of his children were born. 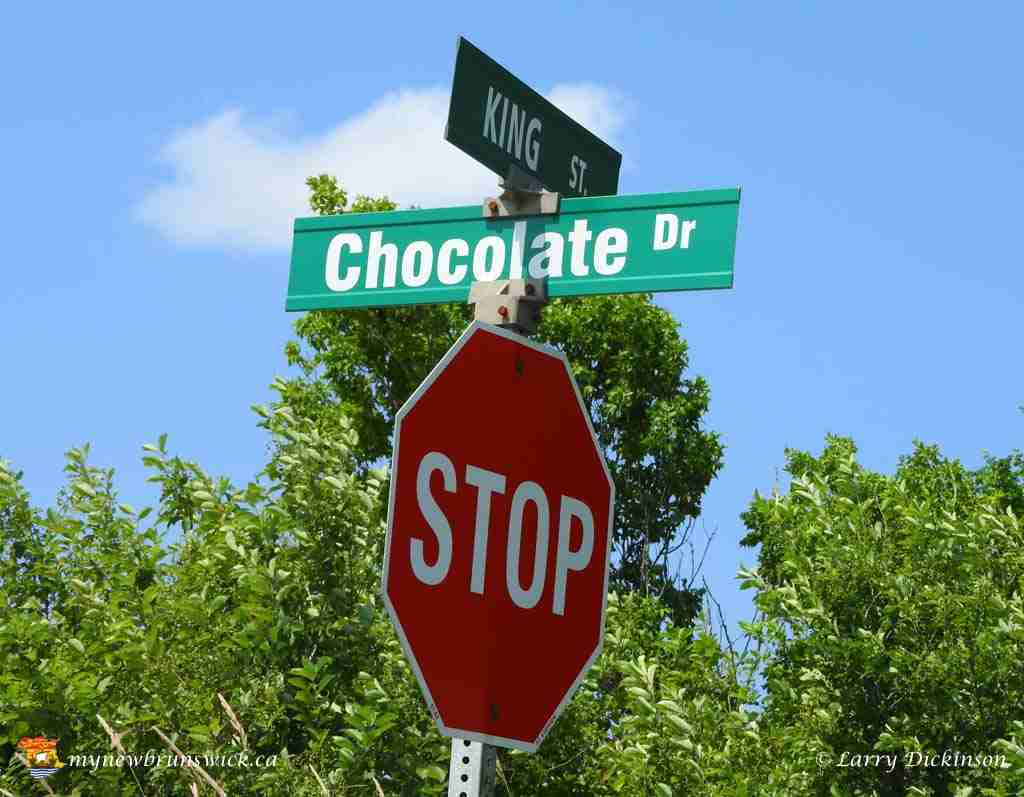 In 1873, he and his brother Gilbert moved to the border town of St. Stephen on the St. Croix River across from Calais, Maine. There, they established a grocery business and within a few years added a bakery and confectionery manufactory plus expanded their retailing to include a store in Calais. 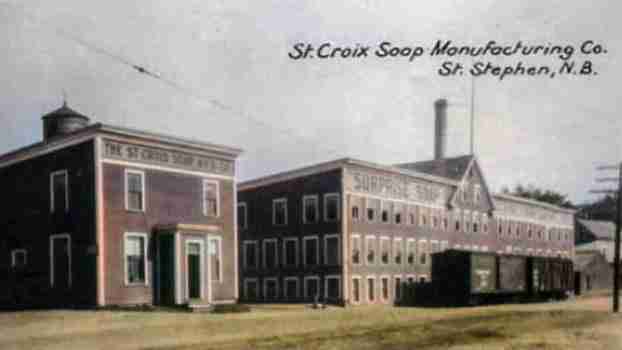 Successful, in 1878 the brothers, in partnership with Freeman H. Todd, built the St. Croix Soap Manufacturing Company but in 1884 they elected to dissolve their partnership. Gilbert Ganong retained the store, bakery and confectionery business while James took over the soap factory. The soap-making business continued to do very well and became widely known for its Surprise Soap brand that eventually was distributed nationally.

James Ganong was actively involved in community affairs and served as mayor of St. Stephen. He died unexpectedly in 1888 at the age of forty-seven upon which his son, Edwin, took over the running of the soap business. Gilbert Ganong died without issue and James’s son Arthur would take over the chocolate business.

The St. Croix Soap Manufacturing Company was best known for its Surprise Soap that became a national brand which lasted until 1946. Advertising helped sell the company’s products such as the innovative 1894 publishing of The Surprise Cook Book, a recipe collection by the then widely popular American writer Marion Harland. It was formally registered as The Premium Cook Book, the title used by the American Technical Book Company who published it in the United States. The book was reprinted in 1990 by the Atlantic-New England Heritage Committee.

In 1913, Edwin Ganong sold the St. Croix Soap Manufacturing Company to Lever Brothers of Toronto, Ontario, a subsidiary of the British conglomerate. Ganong became president of Lever Brothers and moved to Toronto where he remained until his death in 1944. Two years later, Lever Brothers Ltd. closed the St. Stephen plant.

Ganong Brothers Limited has been one of the Canadian chocolate industry’s most important companies. Arthur Ganong was the first to make any sort of a wrapped chocolate bar; Ganong began selling the first chocolate bars in 1910. In 1920 they began using the brand name “Pal-O-Mine” for their chocolate bar. 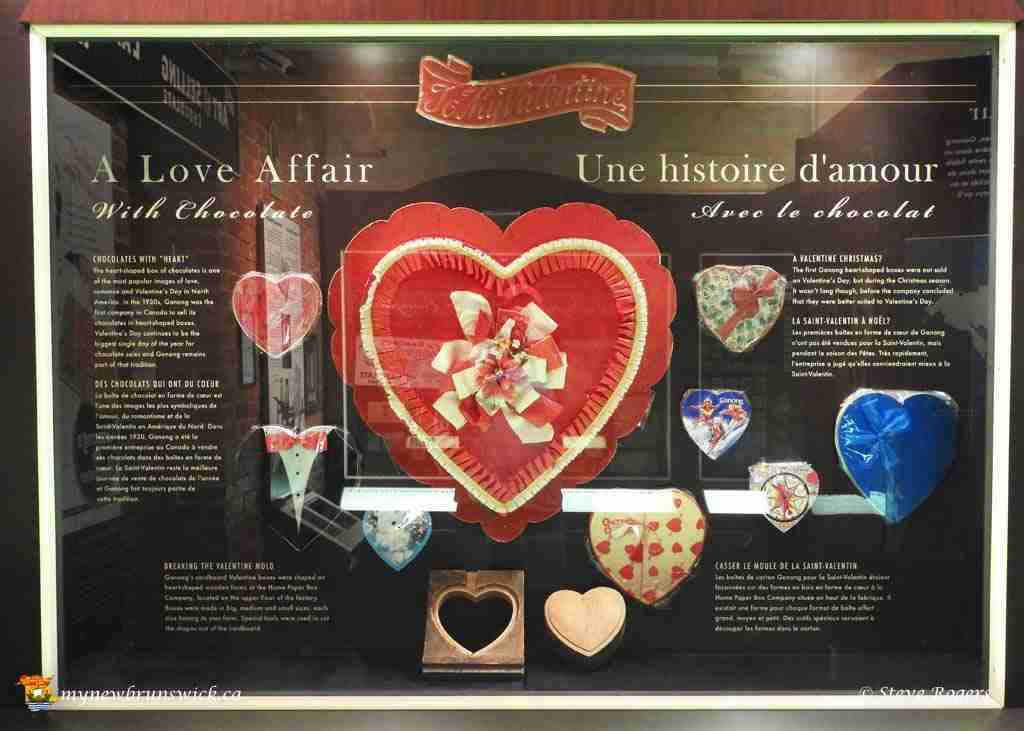 The company also was the first to introduce a heart-shaped box of chocolates in North America. The heart-shaped boxes were originally used for presents over the Christmas season before it also succeeded around Valentine’s Day. 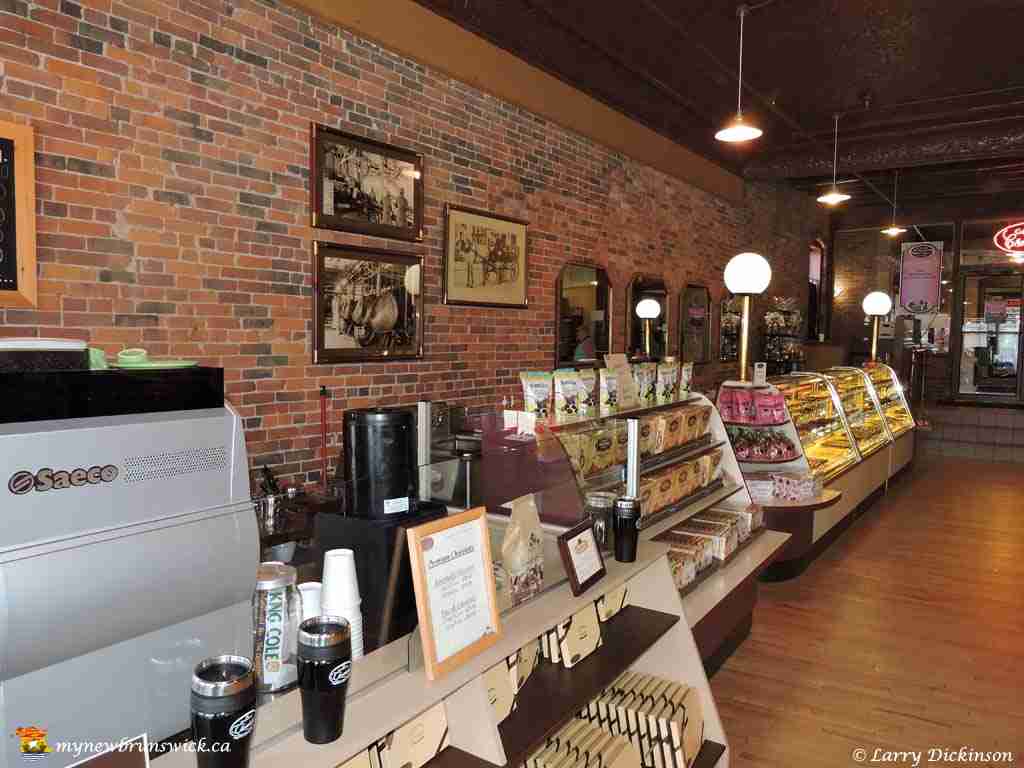 In 1911, Ganong Bros. purchased the bankrupt White Candy Company in Saint John and operated a factory there until 1931. 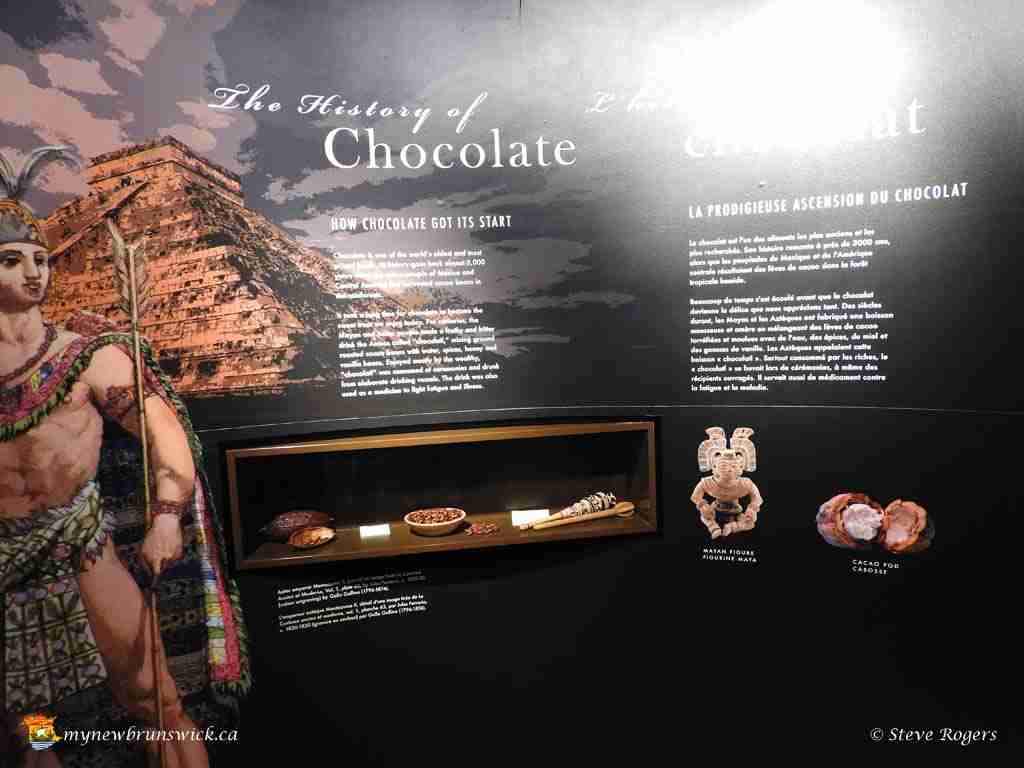 Ganong’s long history is showcased at its Chocolate Museum (Fr:Le Musée du Chocolat) which opened in 1999 in their old factory building in St. Stephen. Exhibits describe the Ganong brothers and the company, and include hands-on and interactive displays about the process of making chocolate and candies historically and currently, and a display of historic chocolate boxes and antique candy-making equipment. Visitors can also taste chocolate samples. The building also houses the Ganong Chocolatier company store. 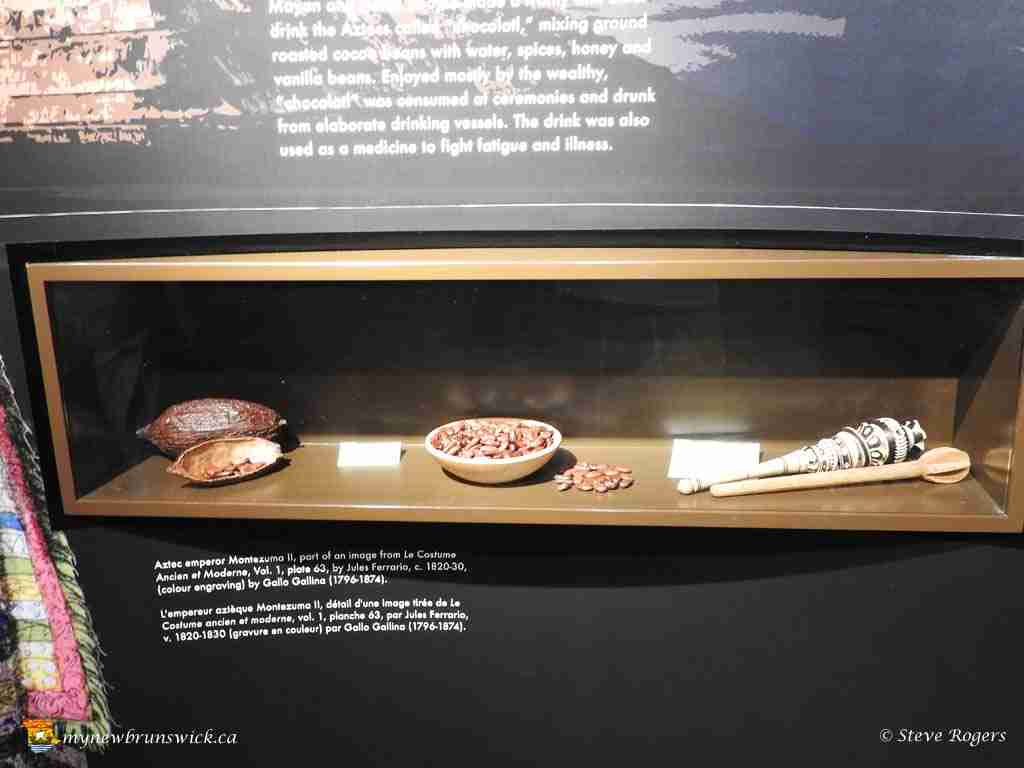 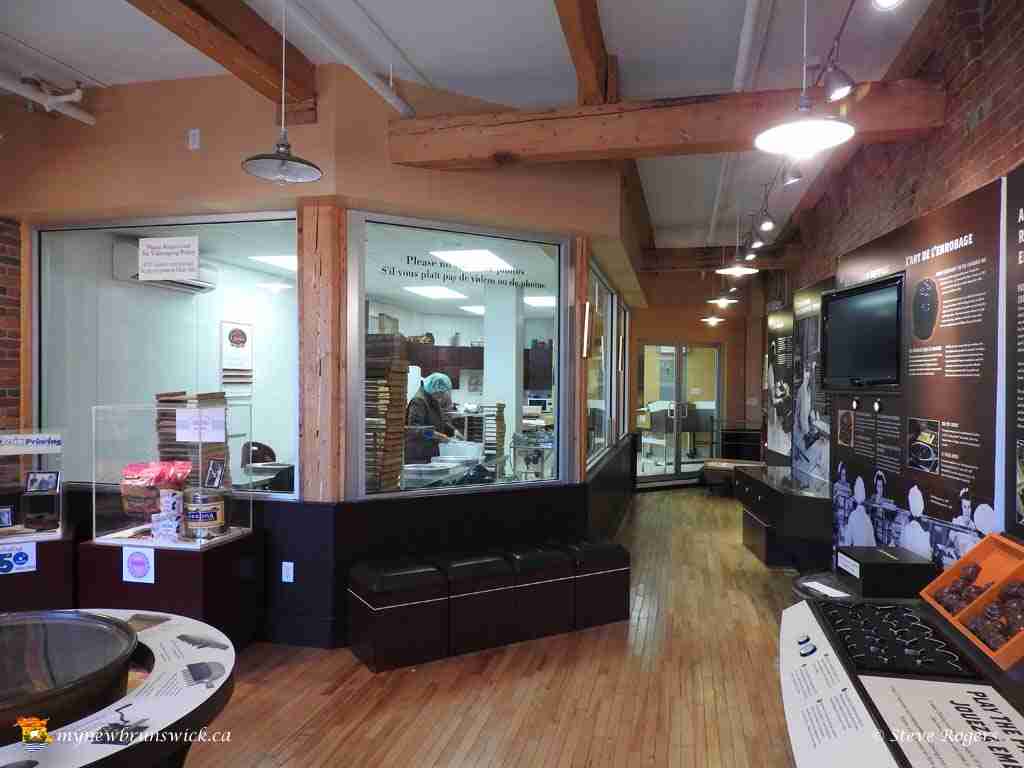 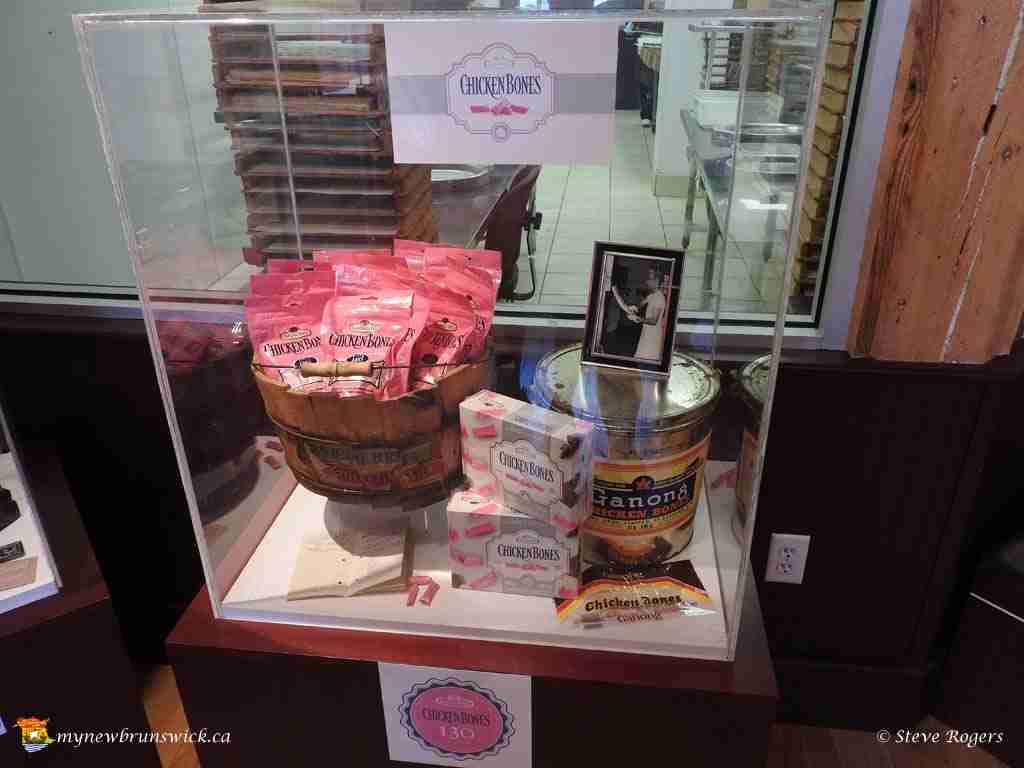 In conjunction with the community, the museum co-hosts the St. Stephen Chocolate Festival, which has been held since 1985. In 2000 the town was registered as “Canada’s Chocolate Town”. 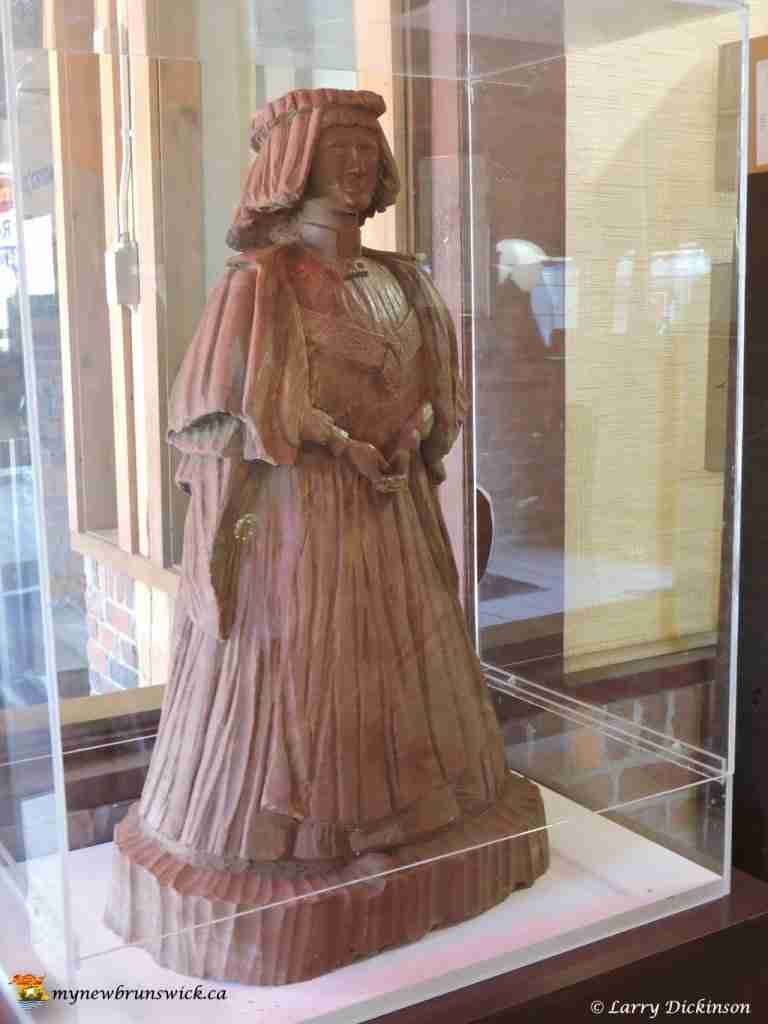