Gibson’s General Store, corner Bridge and Mill Streets, played a significant role in the life of Marysville. Built in 1863, the first floor was a general store. The second contained “Boss Gibson’s office overlooking the mills. The third floor was used for meetings, religious services and entertainment for the people of Marysville. 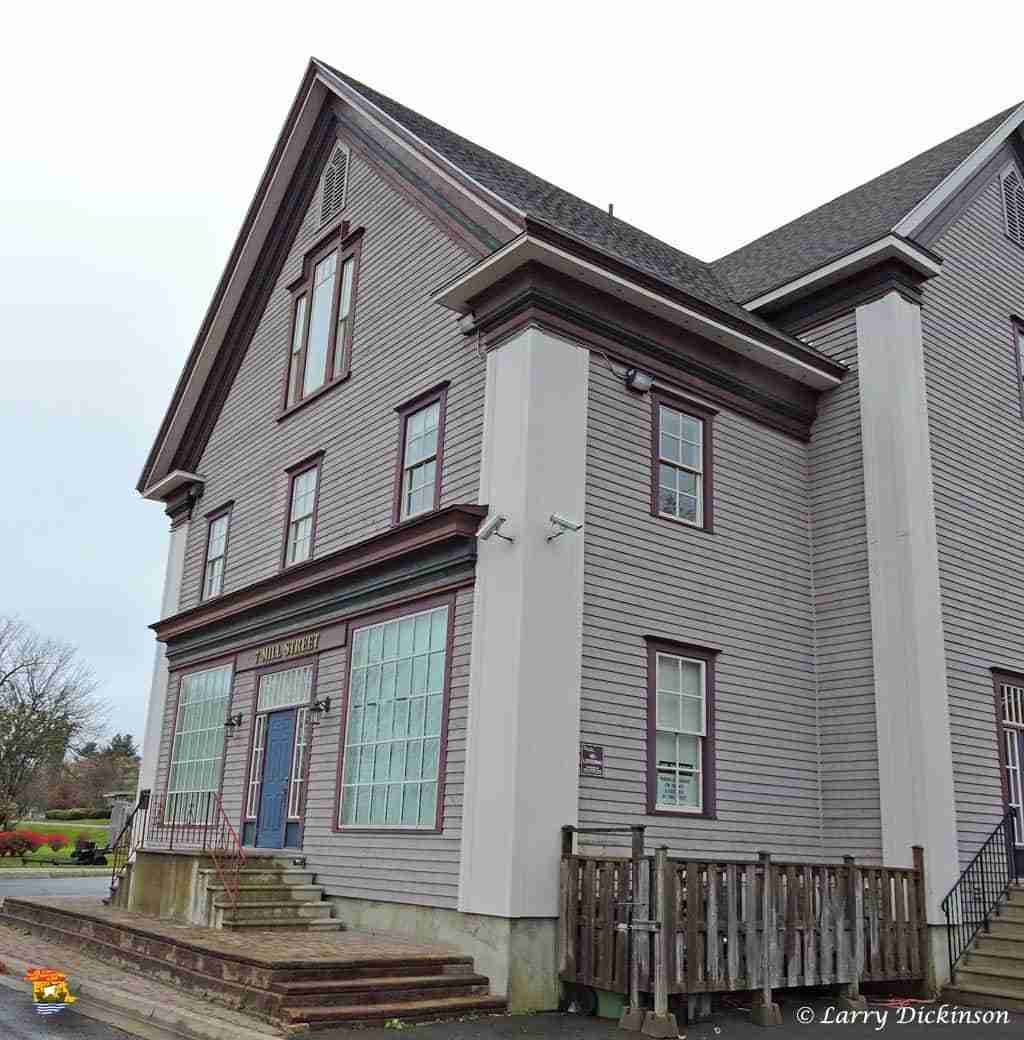 The Mill Street commercial area reflects the paternal model of industrialism practiced by Gibson, in which company shops were provided for mill employees within the integrated setting of the industrial/residential community. Surviving buildings represent the commercial needs of a 19th-century community, and include residences provided for merchants.