Glass insulators were first produced in the 1850’s for use with telegraph lines. As technology developed insulators were needed for telephone lines, electric power lines, and other applications. In the mid 1960’s a few people began collecting these antique glass insulators. Today there are over 3,000 insulator collectors. 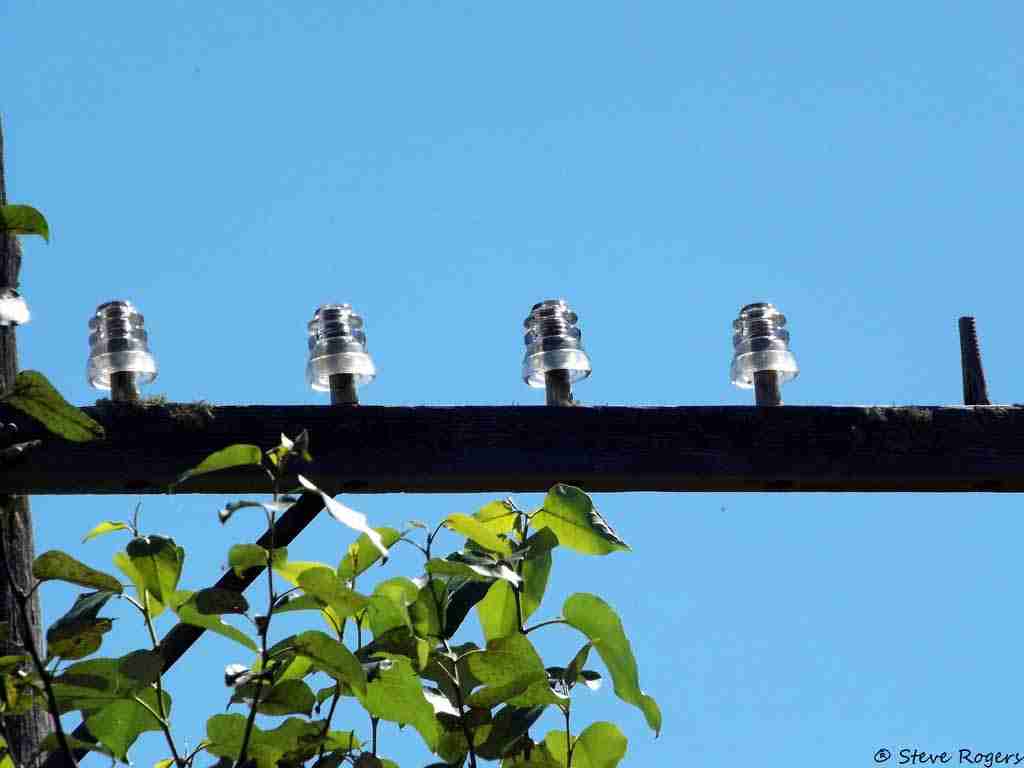 Everyone loves insulators in deep colours. Purples, blues and ambers attract our attention, and our dollars! But did you know that coloured glass insulator production was discontinued because insects found them just as attractive as we do?

Early insulators were produced in a variety of colours. However, beginning around 1945, only clear or nearly clear glass was used. This was due partially to buyers’ complaints that the coloured insulators offered a more attractive nesting place for insects. It seems they preferred to nest under the partial darkness which the coloured skirts offered, thus decreasing the insulating value of the surface of the insulator’s skirt or skirts. By 1959, insulators were made from the same clear glass batch as were tumblers, bottles and other glassware.