Grand Falls (French: Grand-Sault) is located in Victoria County, with a population of nearly 6,000. Situated on the Saint John River, the town derives its name from a waterfall created by a series of rock ledges over which the river drops 23 metres.

In 1686, Monsignor de Saint-Vallier (of Quebec) was the first known person to mention in writing the magnificent falls for which Grand Falls is named. His words describing the area can be found on a monument erected at the mouth of Davis Park in 1986. He recounts his trip to the region in 1686. He writes: “On May 16 we arrived at a place called Grand Sault St-Jean-Baptiste. Here the river falls madly from a height of 60 feet, forming a huge waterfall that thick fog envelops the tumult of the falls far warns mariners descended in canoes. It also notes the presence of some French settlers in the region. In 1695, the territory between Grand Falls and Médoctec was granted the manor in Sieur Rene D’Amours. The French missionaries, Récollets, visited Great Falls in 1691 and Antoine de Lamothe Cadillac mentioned the presence of a fort in 1693. The latter was used to supply the passengers, who became more numerous from the Seven Years’ War.

In 1763, the region fully passed into British hands and its French population diminished due to the deportation. In 1783, the Loyalists settled in Acadia and the province of New Brunswick was created the next year. In 1785, the Acadians in Fredericton and nearby were evicted from their land and in June 1785, a group decided to establish the region of Grand Falls and the rest of Madawaska and this with the agreement of the Maliseet people.

In 1791, Thomas Carleton, then Governor of New Brunswick, built a fort at Grand Falls. The Madawaska region was then disputed between Quebec, New Brunswick and the United States. The War of 1812 showed that the areas roads were not safe and in 1875, the colonial government of New Brunswick decided to build a road from Woodstock to Grand Falls. In 1816, the government gave a grant to two settlers to settle between Grand Falls and Presque Isle. The territorial differences culminated in the Aroostook War in 1838 and Webster–Ashburton Treaty in 1842, gave Grand Falls to the province of New Brunswick. Tourism centers around the Saint John River’s falls and gorge located in the center of town. Two tourist attractions line the river; the Malabeam Information Centre and La Rochelle. The Malabeam Center faces the falls and is across the Grand Falls Farmers Market located on Madawaska Road. La Rochelle provides camping sites, access to the gorge via stairwell and a pontoon-boat ride that goes through the gorge.

Malabeam Centre is designated a Local Historic Place for its association with the legend of Malobiannah.

The legend of Malobiannah recounts the story of a young Malecite woman who sacrifices herself to save her people during an Iroquois invasion. Captured by the Iroquois and knowing how to navigate the Saint John River, Malobiannah guided a war party of some 200 Iroquois to their death over the Grand Falls. Malabeam Centre is an interpretative site for this legend and provides information on the falls in general. New attractions for both locals and tourists alike are the addition of the Zip Zag; a zip line to traverses the width of the gorge which the falls empty into. Kayak tours and a rock climbing wall also provide additional entertainment. The falls are also home to the Grand Falls Generating Station which provides electrical power by use of a hydro electric dam completed in 1931, and provides 66 MW of electricity.

Grand Falls stands as the most bilingual town in Canada at 81.5% speaking English and French and is only one of two municipalities in Canada with an official bilingual name.

Click on a thumbnail to see more pictures of Grand Falls. 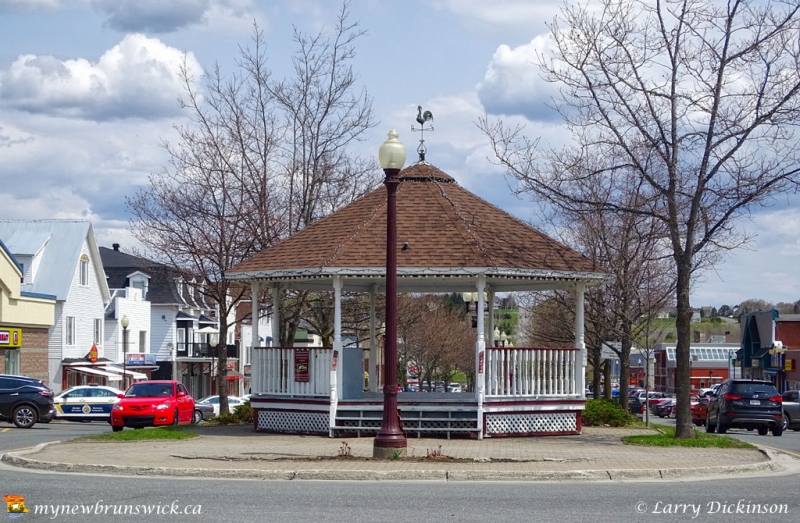 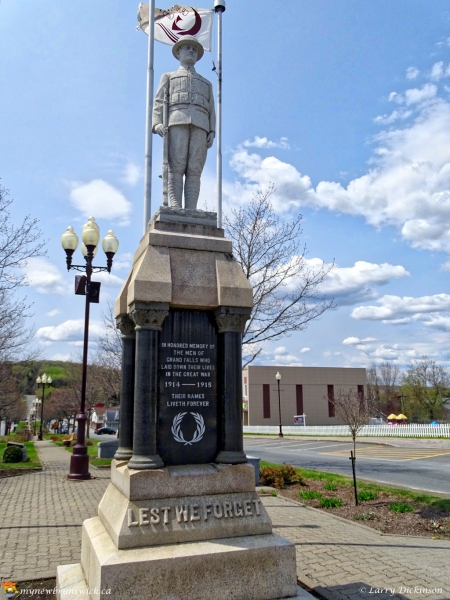 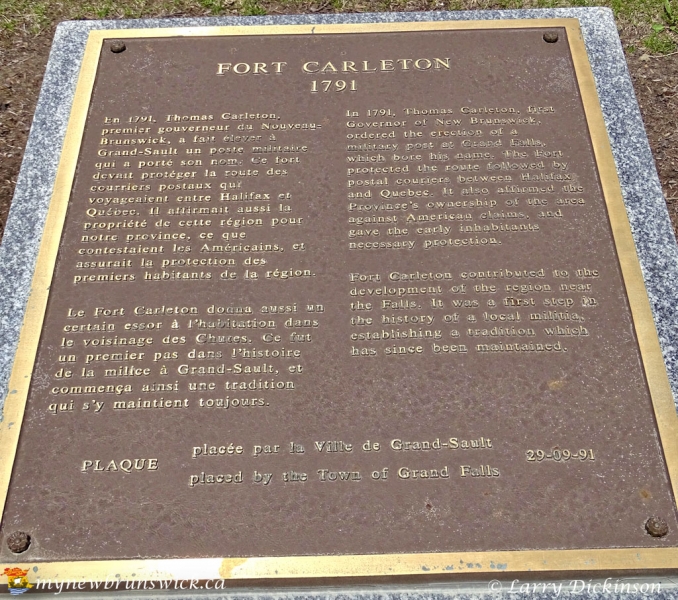 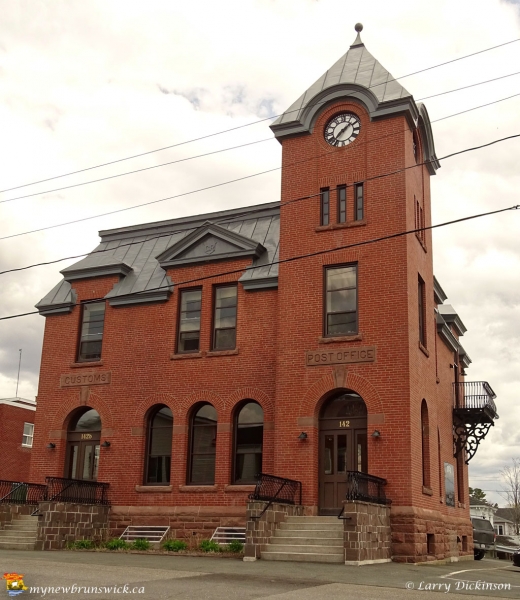 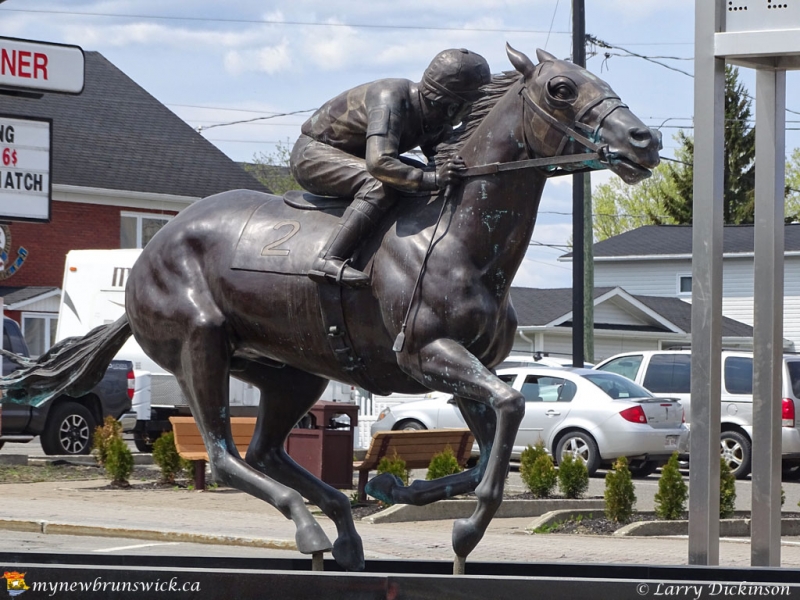 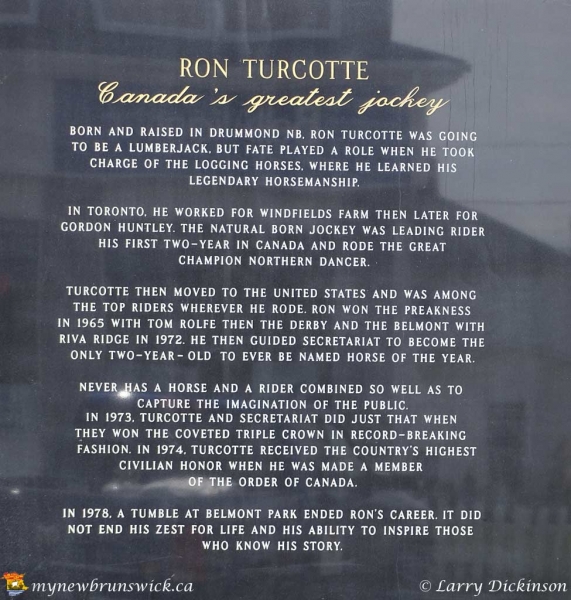 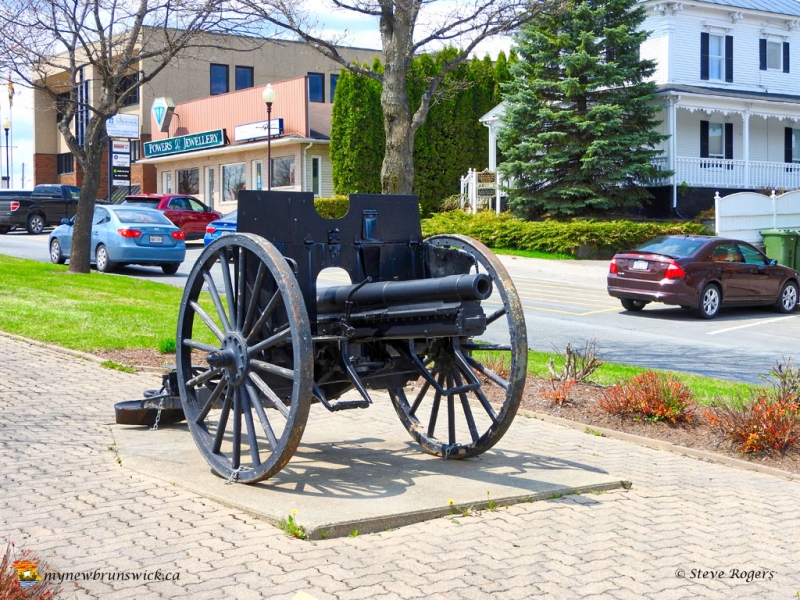 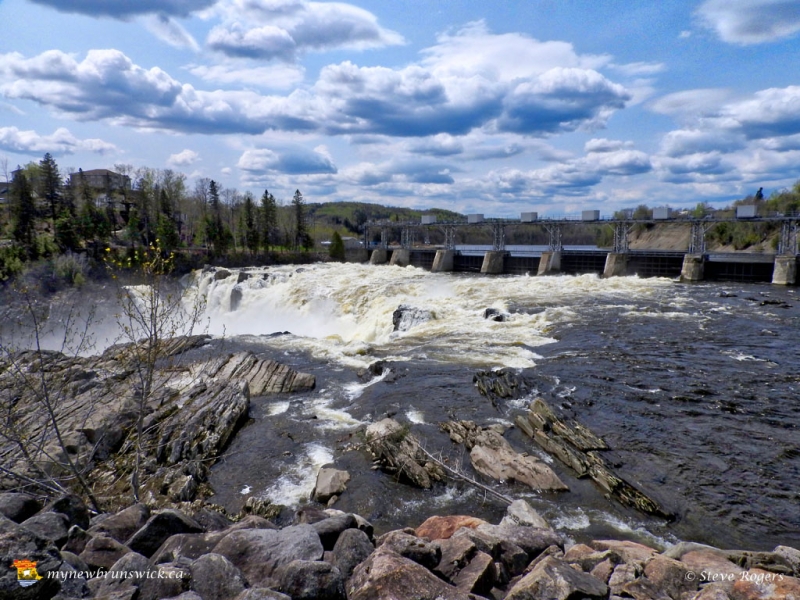 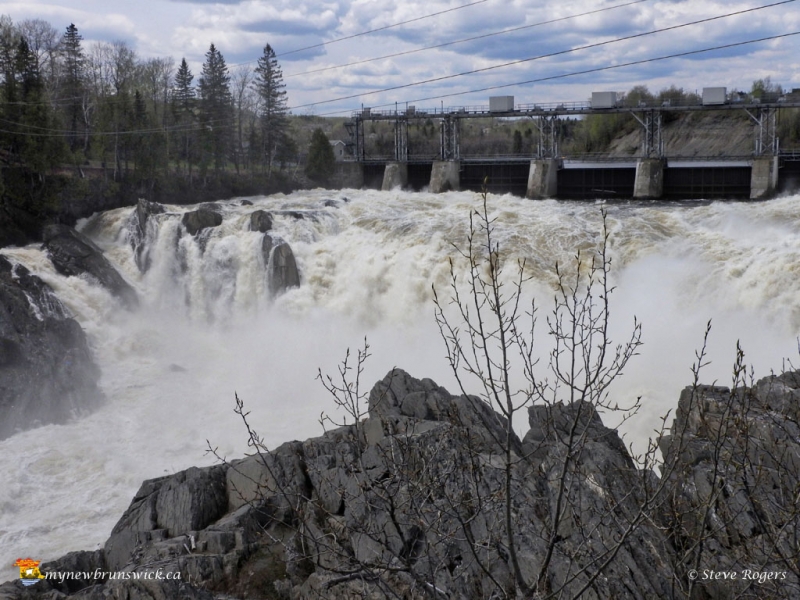 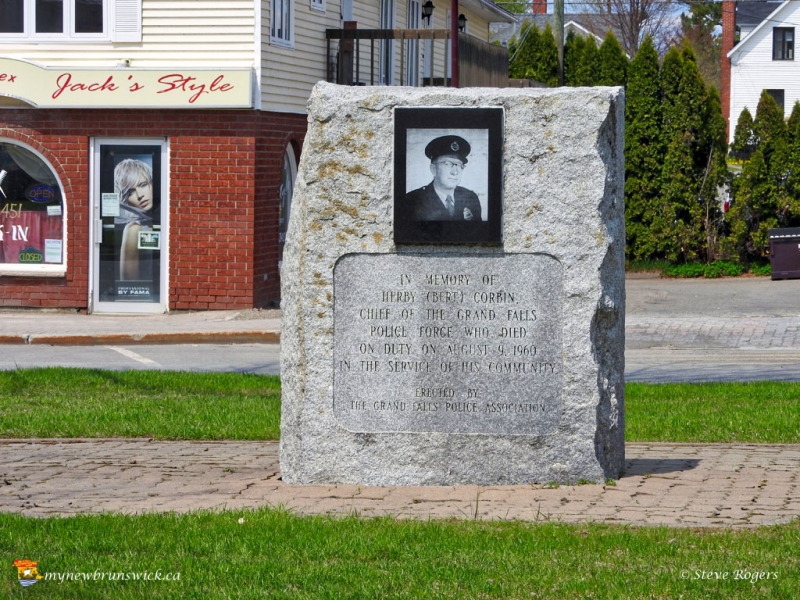 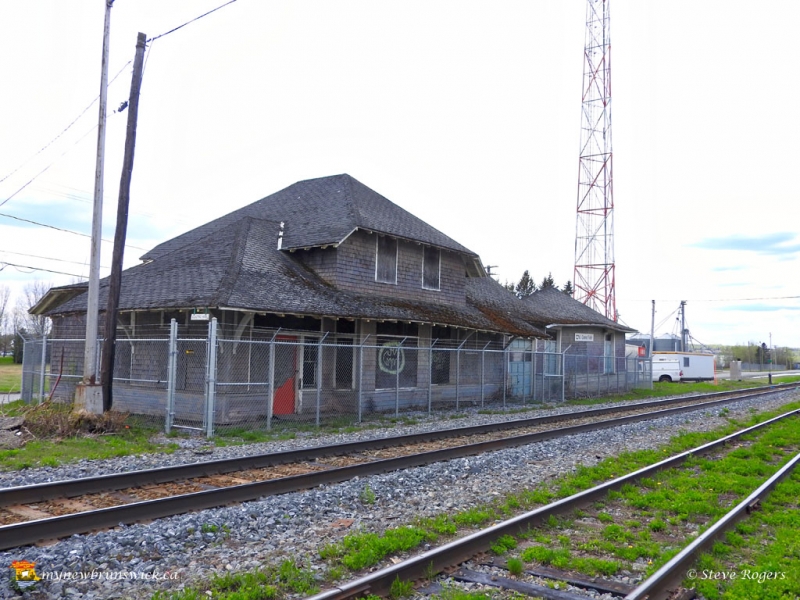 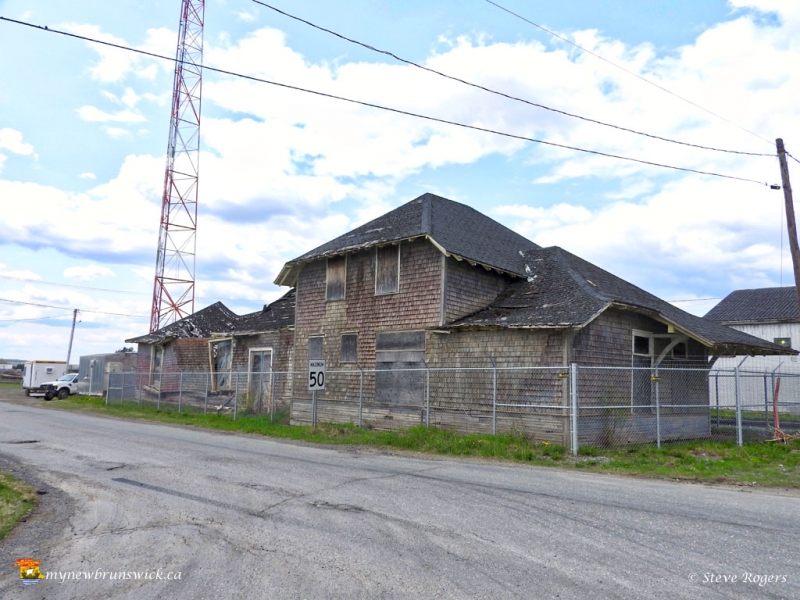