Harrison McCain was born November 3, 1927. He was a New Brunswick businessman and co-founder, along with his three brothers, of international frozen foods giant McCain Foods Limited. Harrison McCain was born in Florenceville-Bristol, as the son of Andrew Davis McCain, a descendant of a settler from Castlefinn, Donegal, Ireland who became a well-respected seed potato farmer. Since 1900, the family sold seed potatoes throughout New Brunswick and exported to Cuba and Latin America.

After graduating from Acadia University, Harrison (the 3rd son) and his brother Wallace (the 4th son) worked for oil and gas company Irving Oil. In 1956, on their brother Robert suggestions, Harrison and Wallace with their brothers Robert and Andrew founded one of the first factories to process potatoes, turning them into frozen french fries. 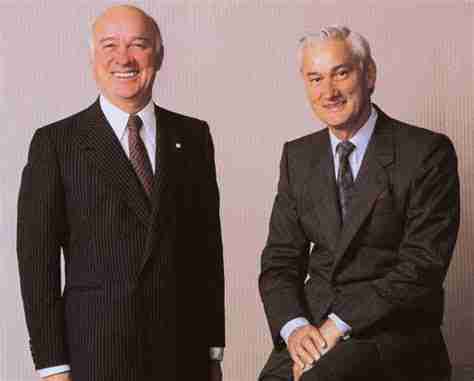 With the benefit of ensured quality and the ability to export long distances with a value added product, the business started growing. With Harrison’s personal and business skills and the close relationship with his brother Wallace, the McCain Foods business eventually grew to over 55 factories worldwide and the number one french fry company in the world.

In the 1990s a prolonged legal dispute between Harrison and Wallace over succession to the company leadership led to the departure of Wallace and his son Michael from McCain Foods. Harrison named his nephew, Allison McCain, son of his late brother Andrew, as his successor in 2002.

Harrison McCain passed away in March 2004.