On 24 September 2000, Monsignor Brian H. Henneberry, Pastor of St Dunstan’s Church in Fredericton, unveiled a Celtic memorial at the Hermitage Cemetery in Fredericton honoring the memory of some of the earliest Roman Catholic parishioners – mostly Irish – who were buried in St Dunstan’s Cemetery between 1836 and 1870. The money for the memorial came out of funds from the sale of St Dunstan’s School that stands on ground where the old cemetery was located. 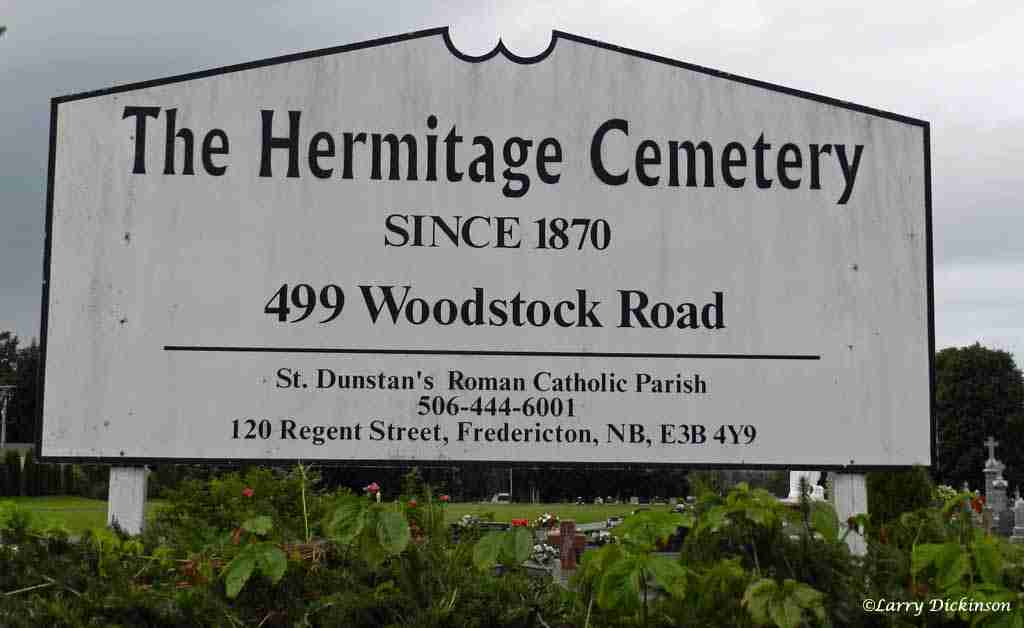 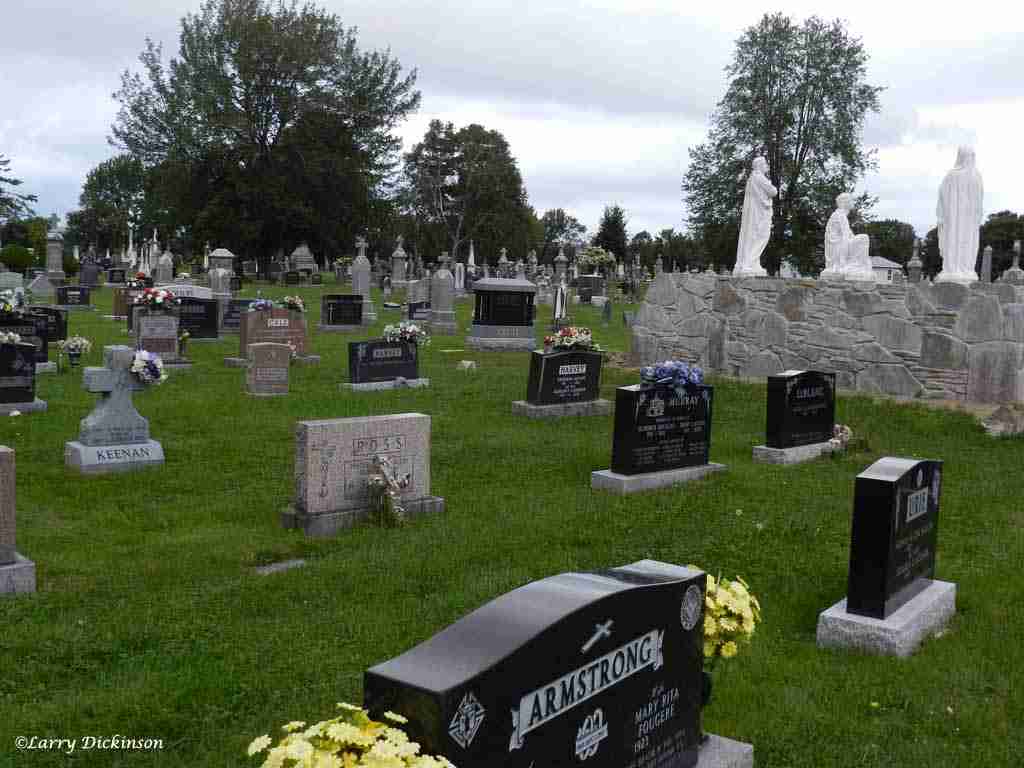 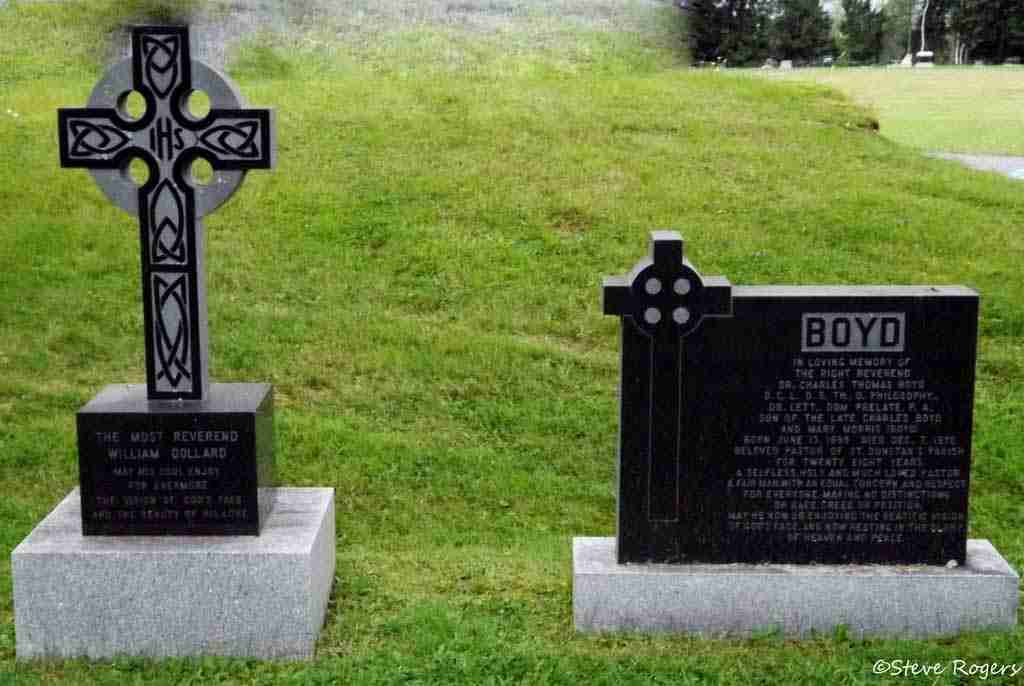 It is fitting to honour the early Irish Catholic presence in Fredericton that by 1871 was significant. As historian, Peter Toner, has so clearly shown: “There were a few pockets in southwestern New Brunswick where the Irish were mainly Catholic. The City of Fredericton is an example. It was just under half Irish and these were almost 60 % Catholic. The adjacent rural areas shared this distribution.”

The memorial in the Hermitage Cemetery actually consists of several components. The centerpiece is a suitably engraved Celtic cross – similar to the one marking the nearby grave of Rt. Rev. William Dollard, the first Roman Catholic Bishop of New Brunswick. Then, there are six tablets – three on either side of this high cross bearing names such as: Breen, Dolan, Logue, McCann, O’Brien, Sullivan and Tierney, as well as their year of death. Besides many “known only to God,” Monsignor Henneberry explained “in a very special way, we commemorate the 283 people who were originally buried in the old cemetery on Regent Street, whose remains were moved here in 1910 …”  Lastly, a monument, called a “slope marker,” installed directly in line with the Celtic cross, is engraved with the names of eight priests whose graves are close by.

Arranged alphabetically, the names etched on the memorial were compiled mainly from archival and church records and from James Hannay’s “Report on Burying Grounds in New Brunswick.” Before having the names inscribed, Monsignor Henneberry posted a list of them in St.Dunstan’s Church seeking information as to their accuracy but apparently no one suggested any changes.

The Hermitage property, where the new memorial stands, dates from 1870 when Rev. James C. McDevitt purchased this beautiful site along the Woodstock Road for a burial ground and for other church related purposes. Almost immediately, it became known as the “new Catholic Cemetery.” The former burial ground at St Dunstan’s – referred to as the “old Catholic Cemetery”- was supposedly closed then. Nonetheless, a few burials, especially of those who had close relatives there, took place after its closure. This accounts for names such as Ann Densmore, John Long, Dennis O’Leary and Richard Tobin, all whom died after 1870, on the memorial.

The memorial erected in the Hermitage Cemetery in the year 2000 was long over due. In fact, it was ninety years before when parishioners of St Dunstan’s voted in favour of using the Regent Street cemetery site for a school.  It was then that most of the graves and markers in the path of school construction were moved. According to Fredericton author, Ruth Scott: “the remains of the old graveyard were reverently lifted and re-interred in the new cemetery on the Woodstock Road, now known as the Hermitage. To provide a schoolyard for the children, the remaining gravestones were removed and placed in the Hermitage as well.” 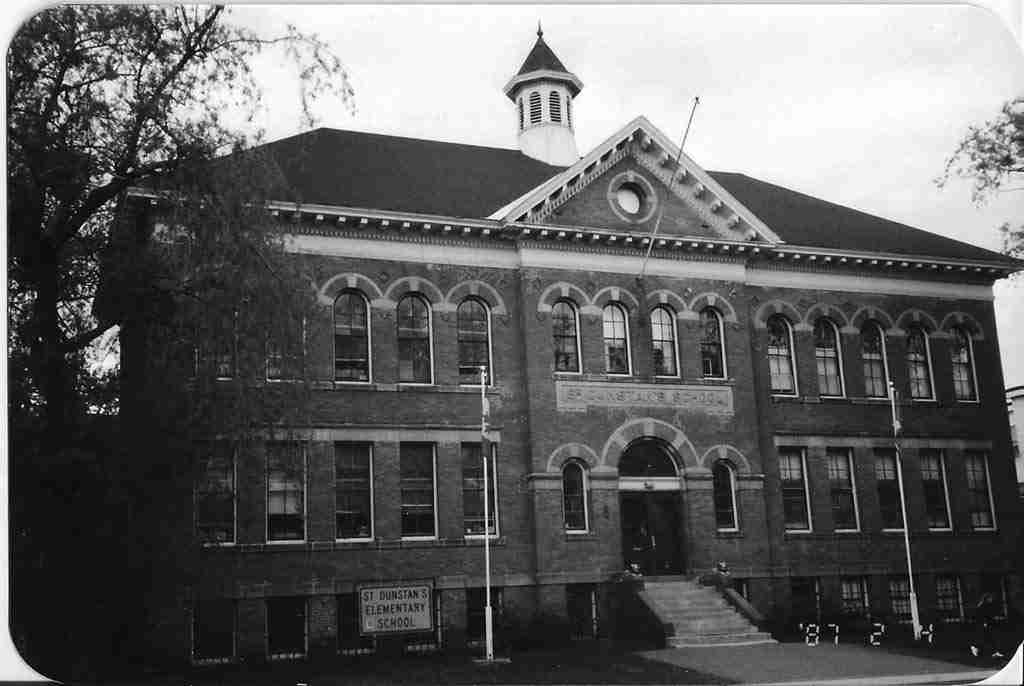 Long after St Dunstan’s School opened, early in 1911, questions sometimes arose whenever locals, including school children, found broken tombstones and human remains on or near school property. Eventually, most everything was dug up in the former graveyard and transferred to the Hermitage Cemetery or else it deteriorated to the point where today there is virtually nothing left.