The Hôtel-Dieu Saint-Joseph in Sainte-Basile is a former convent of the Religious Hospitallers of Saint-Joseph. This Second Empire building was constructed on a hill overlooking the Saint-Basile ward of the City of Edmundston.

The Hôtel-Dieu Saint-Joseph Provincial Historic Site commemorates the significant contribution of the Congregation of the Religious Hospitallers of Saint-Joseph, who arrived in Saint-Basile in 1873 and founded the first hospital and established a French teaching institution.

The Hôtel-Dieu Saint-Joseph was the first brick building in Madawaska County. The Second Empire-style building was built in 1885, from the plans of François-Xavier Berlinguet, sculptor, civil engineer, and architect from Quebec City. The bricks used in its construction were made locally. 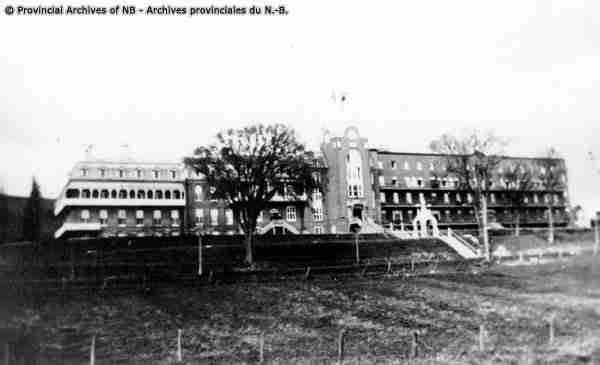 The Hôtel-Dieu Hospital – Saint-Basile, with its many additions and components, mark the achievements of the Religious Hospitallers in the community.

Father Norbert Dumont donated the Christ the King Monument, designed by Onésime Tessier, which stands in front of the main entrance to the building as a tribute to the significant influence of the Religious Hospitallers of Saint-Joseph. 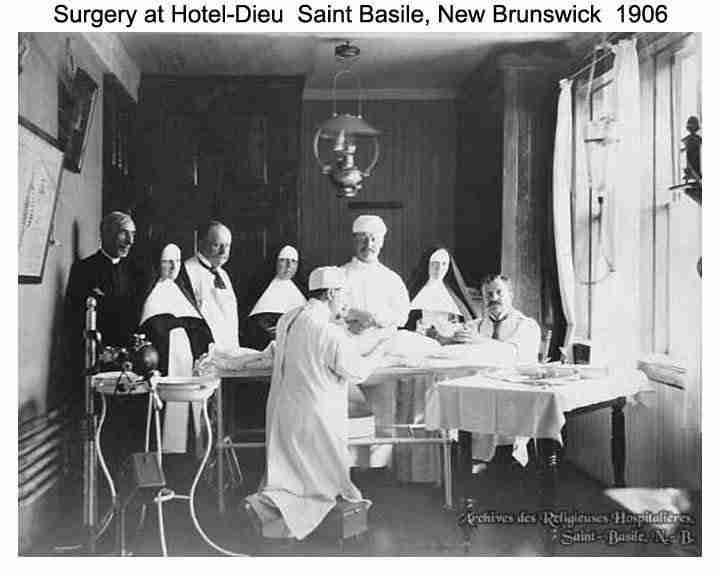 The Hôtel-Dieu Saint-Joseph chapel is located at the same location, to the rear of the building.