The Ice House Gang (alternatively known as the McCord Hall writers, the Tuesday Night Group, or simply Tuesday Night) was a creative writing group active in Fredericton, from 1967–83. The group was originally formed by Dorothy Livesay, the writer-in-residence at the University of New Brunswick’s Fredericton campus, to provide a place where UNB students and faculty with creative interests could meet and workshop fiction and poetry in the company of other similarly inclined individuals.

The Ice House Gang met weekly at Livesay’s apartment until her term as writer-in-residence concluded, at which point recently hired creative writing professor Kent Thompson took charge. Meetings rotated between members’ houses until the group finally settled on the small, charming McCord Hall as a permanent meeting place. Although McCord Hall had served a variety of purposes since it was constructed in 1851 – such as a carpenter’s shed and a senior study room – it was originally built as an icehouse. The Ice House Gang’s name derived from its location and was coined by the prominent writer and poet Alden Nowlan, who was not a member of the group but associated with many of its members.

A key aspect of the Ice House Gang’s longevity and success was its receptiveness to anyone who wrote creatively. Although the group was originally formed for professors and students, it soon encompassed writers from different walks of life, including housewives, an occupational therapist, a farmer, and a bus driver. Over the course of its sixteen years, between 160 and 200 people attended at least one meeting; of those, approximately 80 were regular members for at least several months and 50 members published at least a few poems and/or short stories. Members would gather around an oak table in McCord Hall and read their work aloud. The work was rarely “closely scrutinized or edited,” for “voice and vision were what won or lost the endorsement” of the other group members. This encouraging atmosphere emboldened the group’s members to experiment with other mediums – for example, Robert Gibbs branched out from his usual poetry to write short stories for presentation at the meetings. This ultimately culminated in his short story collection “I’ve Always Felt Sorry for Decimals” (1978). Another attractive feature of the group was that it provided discipline for its members, who frequently wrote on Tuesday afternoons so they would have something to read at the meetings. This discipline was reinforced by the fact that meetings were rarely cancelled: the group was so committed to its purpose that it met during several blizzards and at least one hurricane. This atmosphere of encouragement, experimentation, and discipline was especially vital to the development of young members such as David Adams Richards, Brian Bartlett, and Michael Pacey. 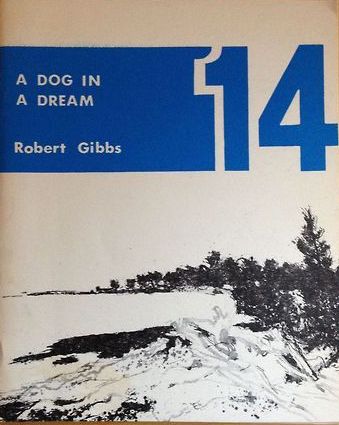 Another factor in the group’s popularity was the growing interest in creative writing in Fredericton and the Maritime region at large, an interest that the group greatly supported and fuelled. In 1970, UNB established an MA program in creative writing, attracting aspiring writers to the city. A small publishing venture, New Brunswick Chapbooks, published twenty-five volumes of poetry and prose by twenty different New Brunswick authors. The chapbooks were edited by Nancy Bauer, a member of the Ice House Gang, and of the twenty authors published in the series, ten of them were members of the group. Another offshoot of the group’s success was that Bauer and Mary Lund partnered to create the Maritime Writers’ Workshop in 1975. The workshop was the first of its kind east of Toronto, and continues to operate annually in Fredericton. Ice House Gang members were integral to the early years of the workshop, including Kent Thompson, Robert Gibbs, and Bill Bauer, who served as guest lecturers in its first year.

After sixteen years, the Ice House Gang stopped meeting in 1983. The hiatus was meant to be brief and its members intended to reconvene in the near future, but their meetings never resumed. However, the contribution of the Ice House Gang to New Brunswick and Canadian literature continues to be felt in the published works of several of its members (David Adams Richards, Dale Estey, Michael Pacey, Andrew Bartlett, Brian Bartlett, Ted Colson, Robert Gibbs, and Kent Thompson), the continued success of the Maritime Writers’ Workshop, and the establishment of its meeting place at McCord Hall as a classroom for creative writing at UNB.