The oldest pair of ice skates was back in 3000 B.C. found on a lake in Switzerland. The ice skates was made with leg bones of a huge animal, holes were made at each end of the bone and a leather strap to tie the skates on. An old dutch word for skate is called “schenkel” which means “leg bone”.

In the 14th century,the Dutch started to use a wooden platform skates with flat iron bottom runners to glide over the ice in. The ice skates were attached to the skater’s shoes with a leather strap were used to help the skater move around. 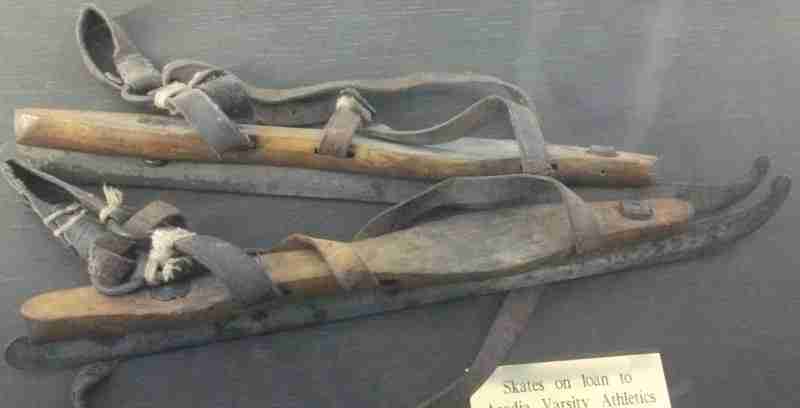 In 1848 when all the first steel clamp was invented, they changed the wooden blade to a metal blade! The blade was attached directly to the boots which made dance moves, jumps,spins. In the 1870s the first toe picks was added to the ice skates so that the skaters can do toe picks jumps. 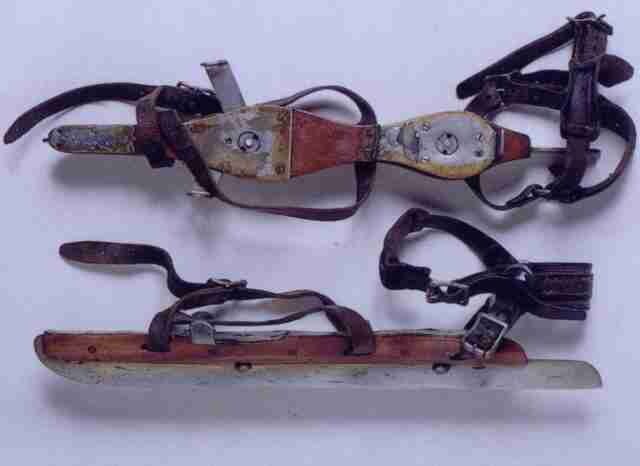 The problem with ice skates was that it wasn’t that comfortable so you couldn’t wear it for a long time.

Long distance ice skating was fairly common in the period 1860-1900 on the lakes and bays of the lower St. John River. Skating was a practical form of winter transportation and there are reports of people skating on “Long Reach” skates from Saint John to Fredericton in about 7 hours!

However, on the soles of the hearty ladies and gentlemen who lived along the St John and Kennebecasis Rivers, there was a different type of skate. They used the famous “Long Reachers”.

Around the year 1870, James A. Whelpley from Saint John patented the Long Reach Speed Skates. Whelpley’s skate factory was located at Jones Creek, on the Long Reach. Here, he turned out skates that became famous all over the continent. The skate had a blade seventeen inches long. The “woods” of the skates, at the widest point, measured less than an inch and a half. A screw protruded up a half an inch at this point. The skates were firm1y attached with heel and toe straps made of heavy leather. 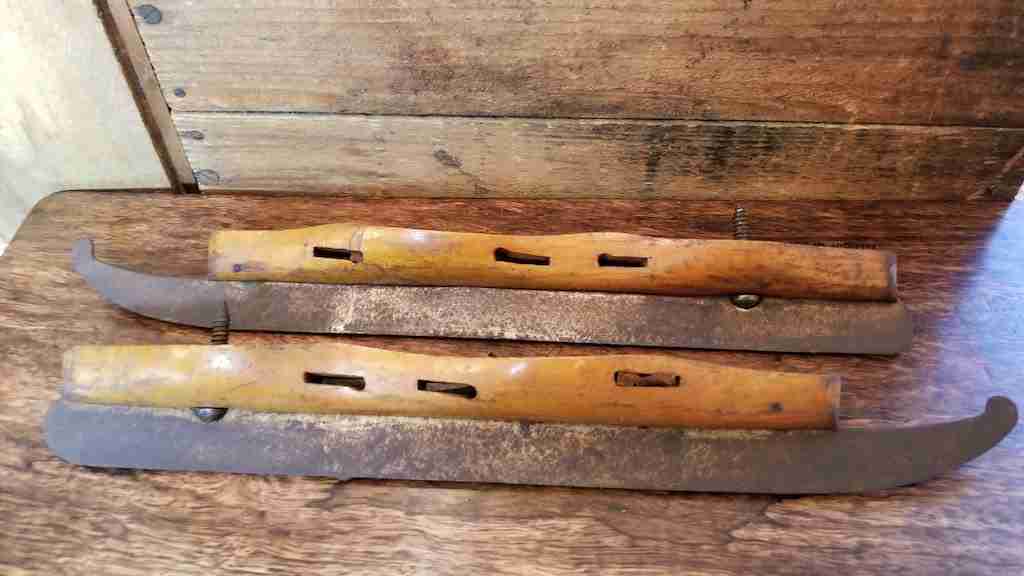 Long reachers were ideally suited for the long expanse of the St John and Kennebecasis Rivers. A man on these skates could travel long distances in a relatively short period of time. From Saint John to Fredericton, by the way of the St John River, is a distance of about 80 miles. It was not uncommon for an able-bodied young man to skate this distance in a little under 7 hours.

Long Reach skates were developed around 1860 by James A Whelpley. These skates were similar to modern tour skates, with a flat blade about 40 cm long and a wood platform that was strapped to regular winter boots. “Long Reachers” were also used by speed skaters across North America. In 1886 the main Whelpley skate factory moved to Keene, New Hampshire. Also, JA’s brother, Joseph Lyon Whelpley, had a branch office in Boston; skates sold there were labelled “J L Whelpley, Boston”. However, the family business closed shortly after the death of James A. in 1893.

After 1900, the Canadian skating industry became dominated by hockey interests. Skate blades became shorter and shorter, and skaters were confined to smaller and smaller skating surfaces. Even competitive speed-skating became mostly “short track” ie. skating on a small hockey rink. There are only a dozen or so 400 m ovals in all of Canada. The last producer of long-blade skates in North America, Planert, closed in the 1970s.