William E. Minue designed this two-and-a-half storey Queen Anne Revival dwelling, which is situated on the eastern side of Waterloo Row in Fredericton. This substantial wood-frame house, in view of the Saint John River, was built in 1908 on a lot located on the first block of the street. 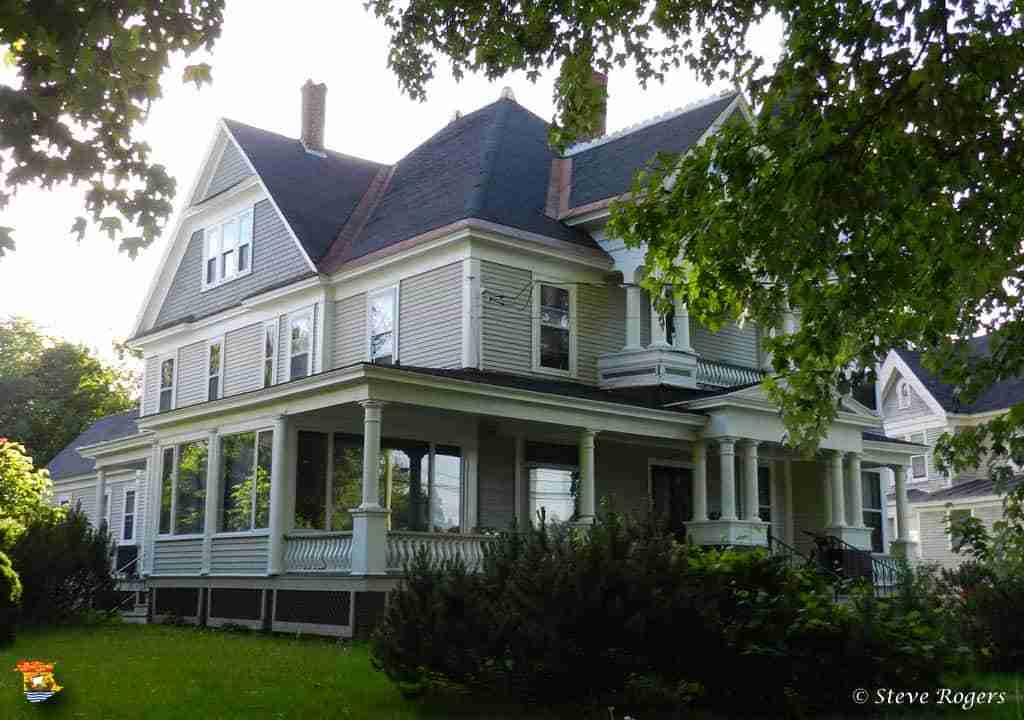 The heritage value of this dwelling is embedded not only in its design but in the prominence of its past owners. William E. Minue, prolific local architect, designed this house in 1907 for James F. McMurray. Minue left an indelible imprint on Fredericton’s architectural landscape having prepared the plans for such local landmarks as the Hartt Boot and Shoe Factory in 1898 and the St. Mary’s Departmental Store in 1904. Minue’s decorated career included an array of public buildings and private dwellings, and this Queen Anne Revival house on Waterloo Row stands as a fine example of his architectural skill. 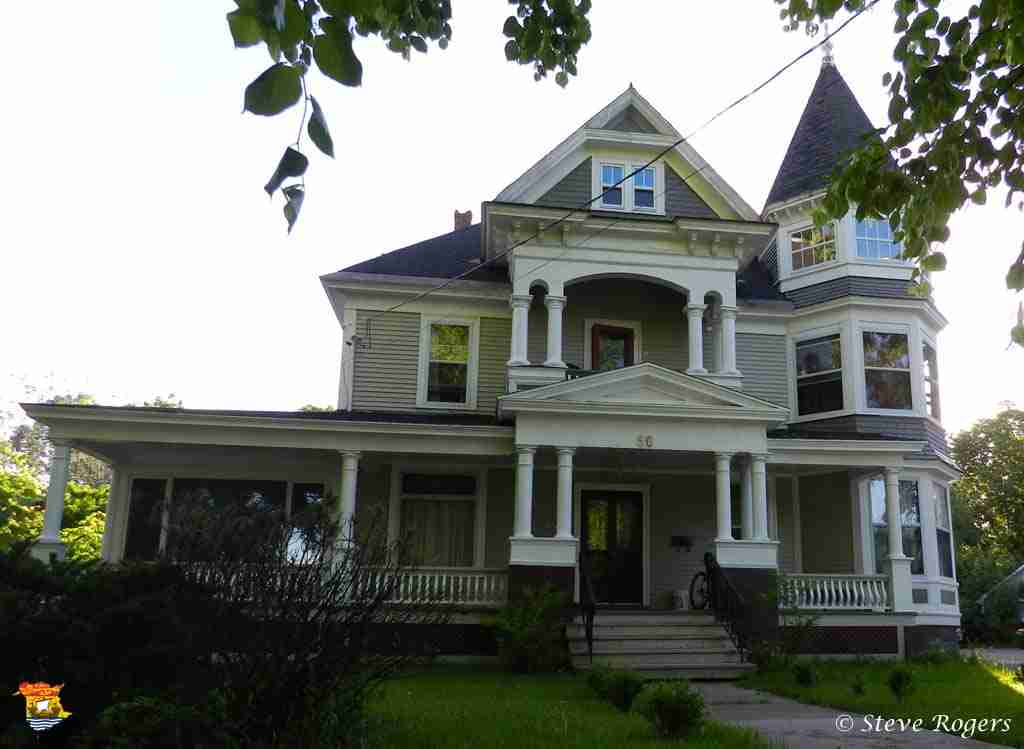 James F. McMurray, the original owner of this house, operated two successful business ventures in the city. The proprietor of his own photography studio, McMurray partnered with George Burkhardt shortly after its establishment in 1878. Photographs taken by McMurray & Burkhardt were among the items contained in the time capsule ensconced in the portico of the newly constructed Legislative Building in 1880. McMurray’s stationery store, known as McMurray & Co., became his principal business interest which remained in operation for nearly half a century.

John A. Reid, who purchased this house from Mr. McMurray, for many years acted as president of the Hartt Boot and Shoe Factory. Later becoming active in local politics, Mr. Reid first served many terms on City Council before his election as Mayor of Fredericton in 1920. The Reid family left their mark on this house, in which they lived for more than four decades, with the wrought iron “R” ornamenting the railing of the front steps.